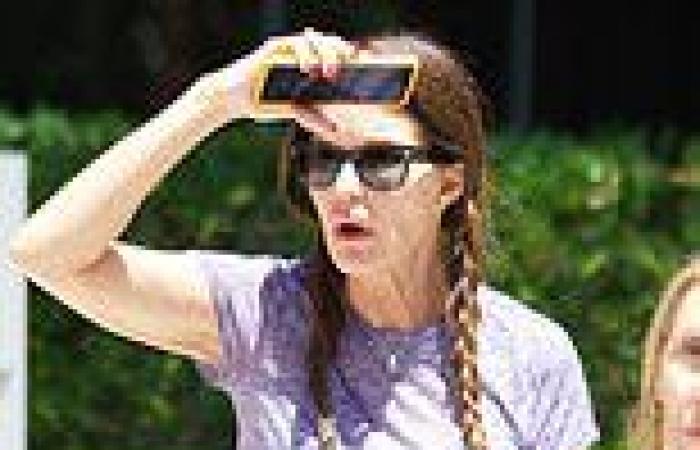 Supermodel Janice Dickinson appeared upset as she left a gym in the wake of Bill Cosby's release from prison - as her attorney told of the star's 'disgust' at his release.

Dickinson, 66, one of Cosby’s accusers, was seen in exclusive DailyMail.com photos wearing a lightweight purple shirt and teal leggings with a pair of sunglasses and her hair in tight braids while out in Los Angeles.

She donned a curt, frustrated expression and pursed her lips as she went between looking down, checking her phone and shielding her eyes from the sun.

Janice was also snapped on Wednesday leaving her house to get in a limousine with her husband Robert Gerner.

Dickinson wore the same sunglasses, but with her hair is down, and sported black pants and a black sports jacket with a white undershirt. She clutched a royal blue handbag as she walked and looked down while appearing jaded.

The star's attorney Lisa Bloom shared her horror that Cosby was freed, on behalf of Dickinson and two other alleged victims she represents.

Bloom said: 'The 3 Bill Cosby accusers I represent and I are disgusted that he is a free man today. He is not released because he is innocent.

'He is released because a prosecutor promised him years ago that he would not be brought to justice, without even making a deal for him to do time. 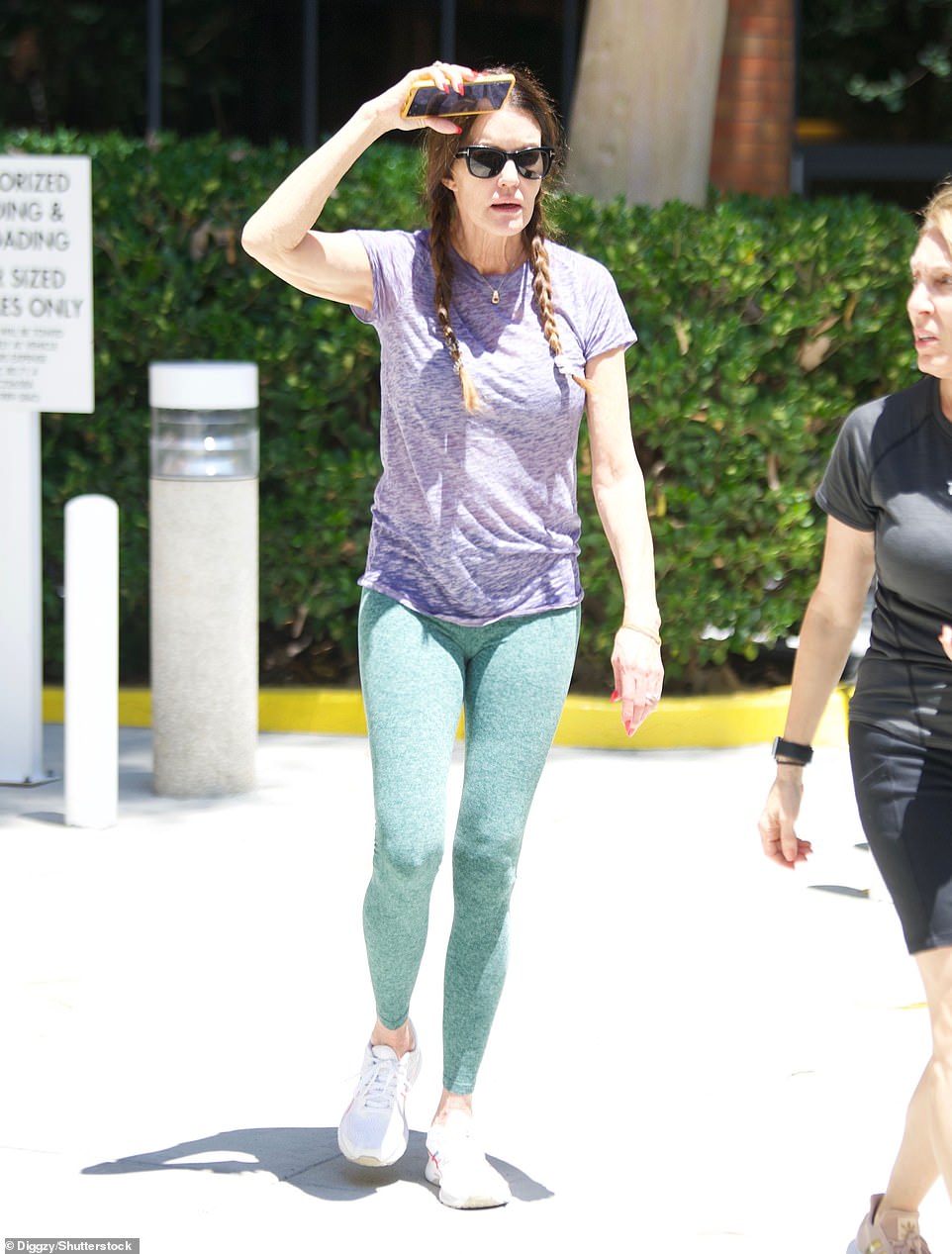 In exclusive photos, American model Janice Dickinson was seen leaving the gym after her attorney Lisa Bloom said she was 'disgusted' by the decision to overturn Bill Cosby's sex abuse conviction and free him 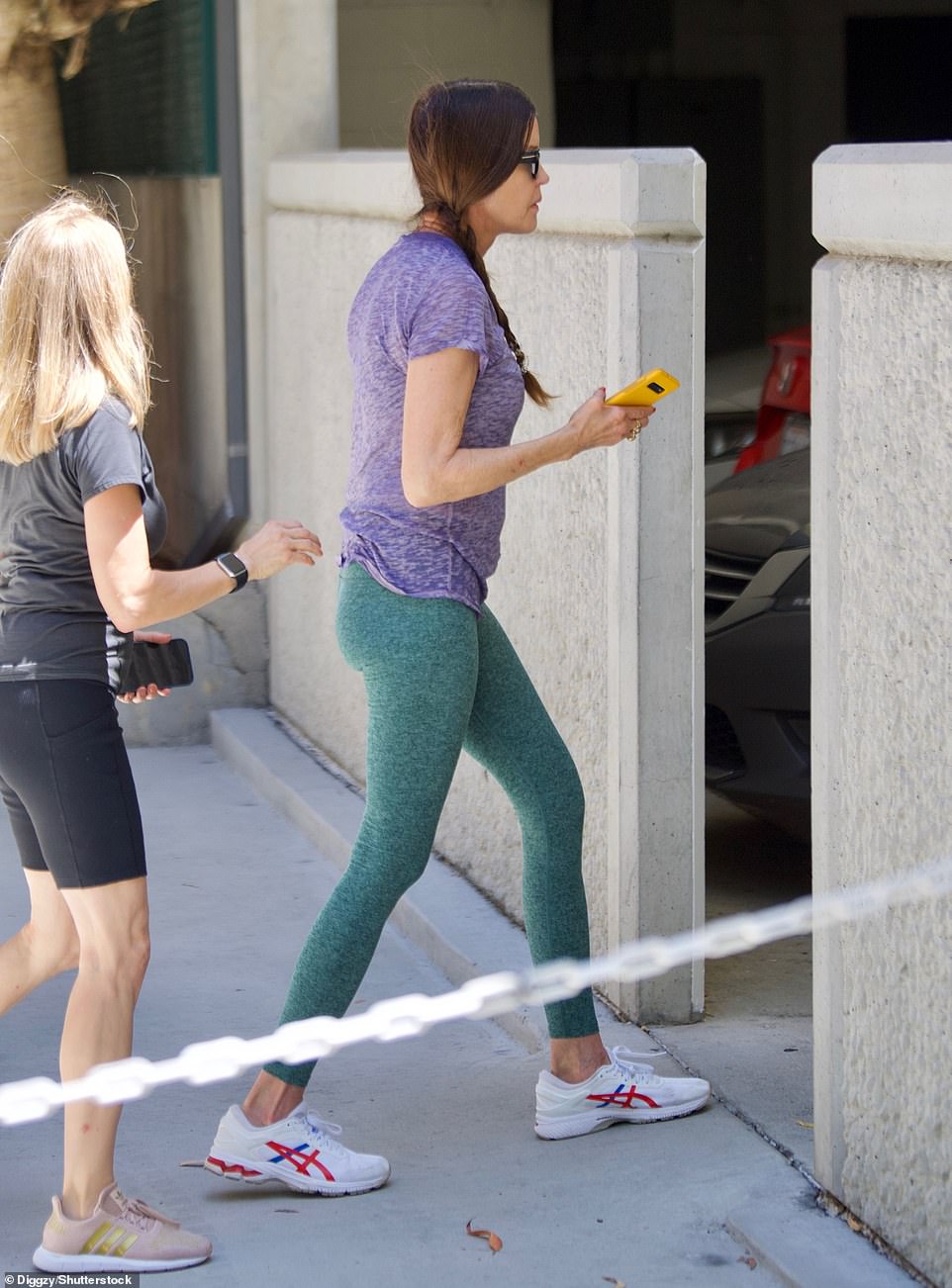 The 66 year-old clotheshorse looked frustrated as she  left her Los Angeles gym, as Cosby was freed 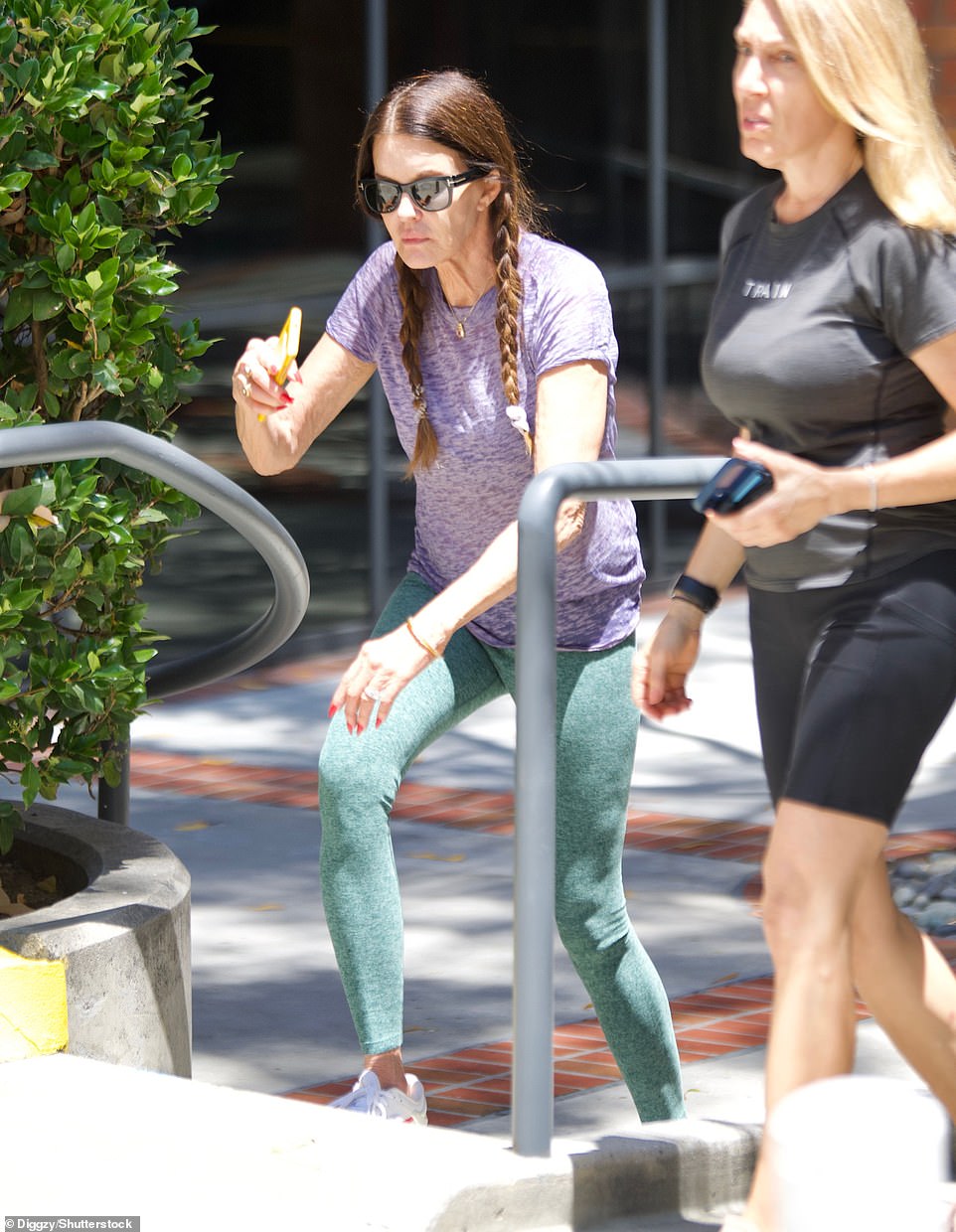 Dickinson went between looking down, checking her phone and shielding her eyes from the sun 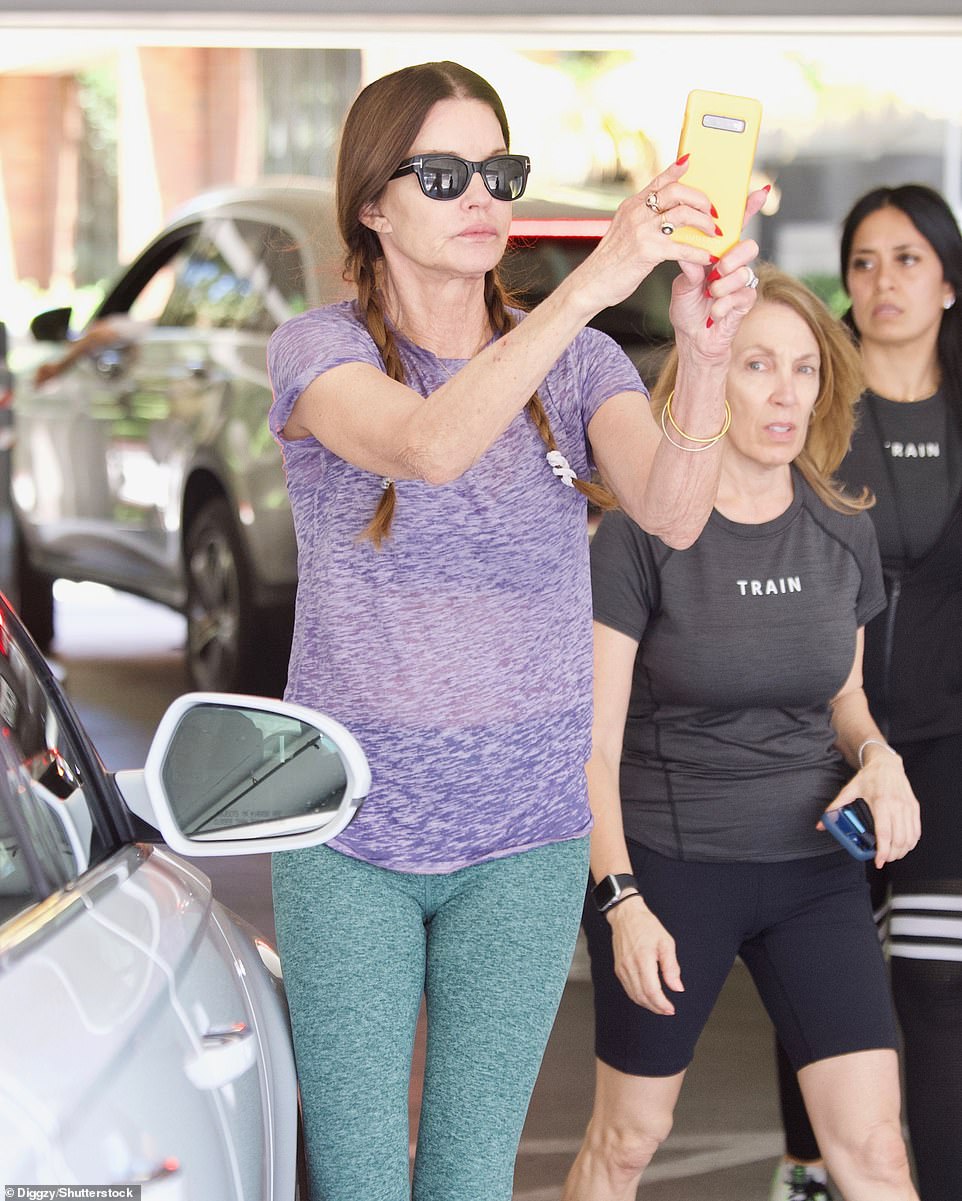 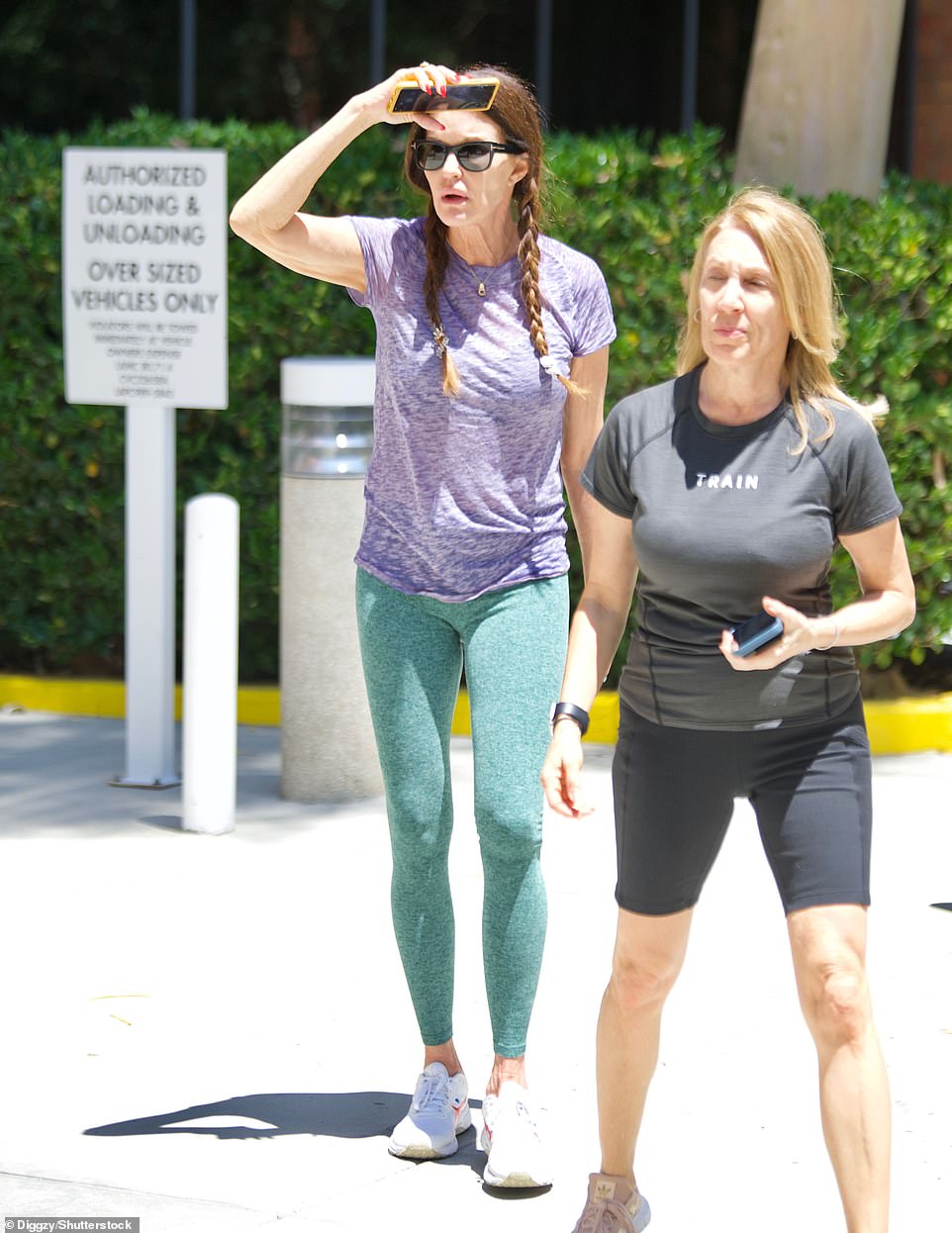 Dickinson testified in Cosby’s 2018 trial that Cosby assaulted her in 1982 in Lake Tahoe. She was 27 at the time. Her allegations were used by prosecutors to try and establish a pattern of behavior by Cosby - he was not charged over the alleged attack 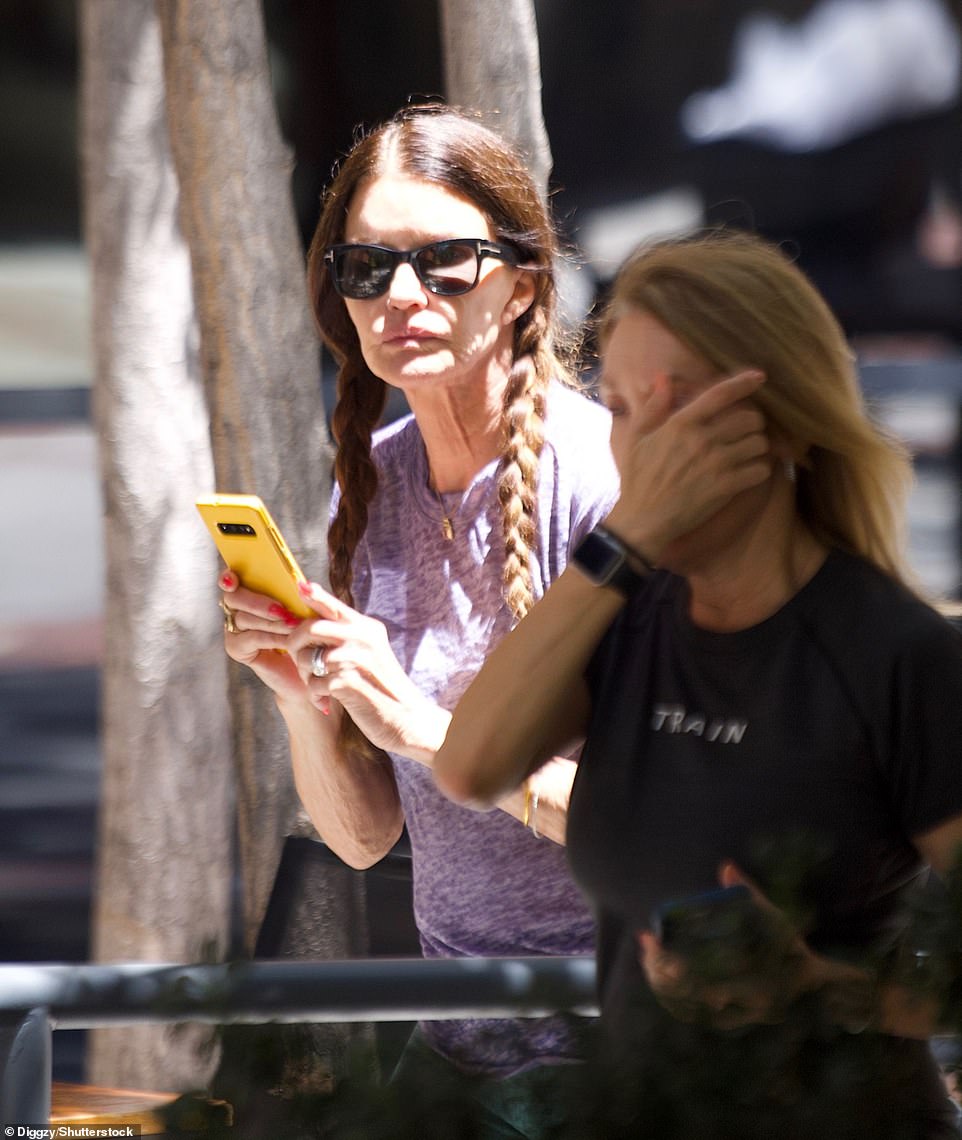 She testified: 'His robe opened...he smelled like cigar and espresso and his body odor. Here was America's Dad on top of me. A happily married man with five children, on top of me.' 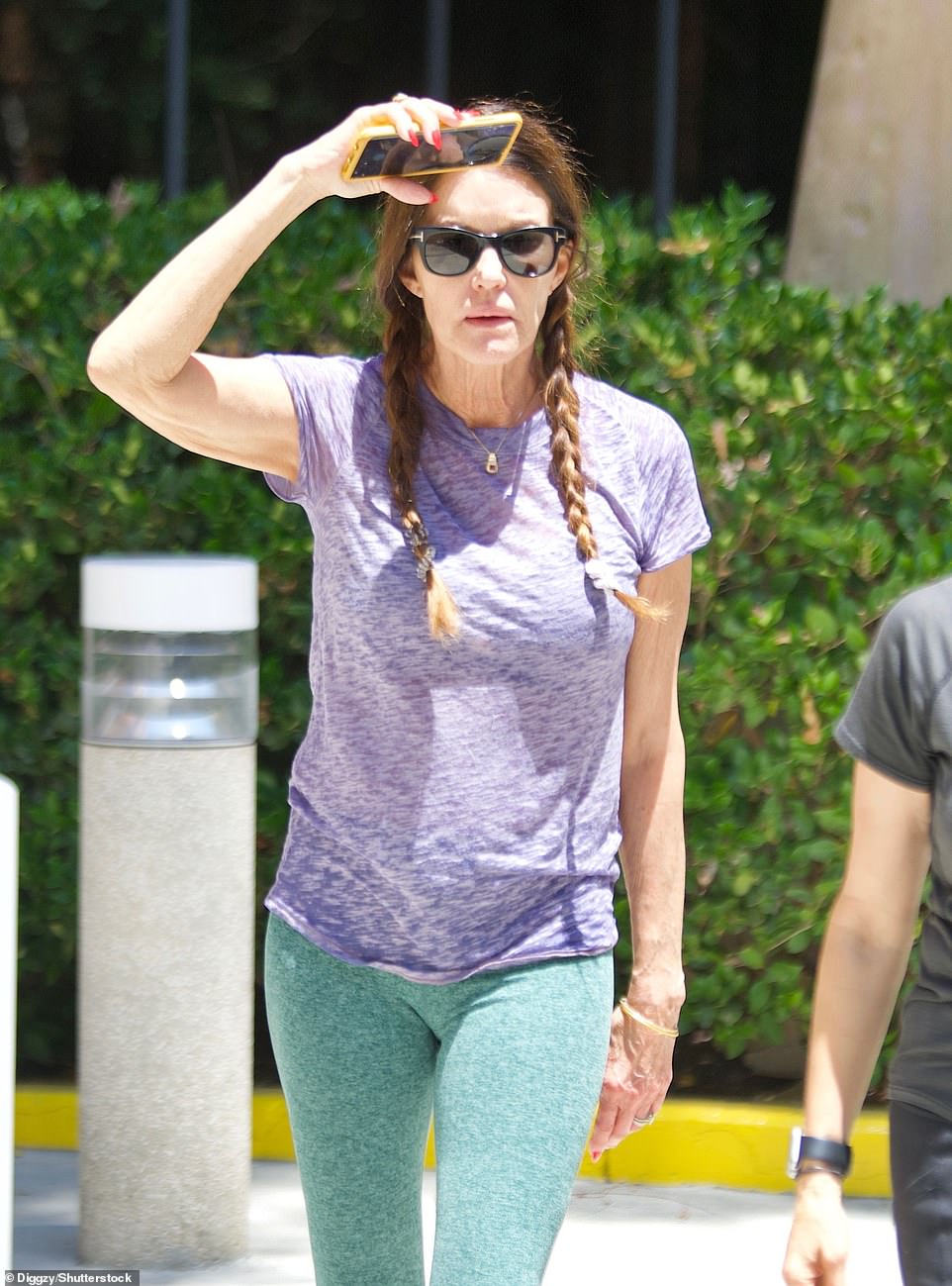 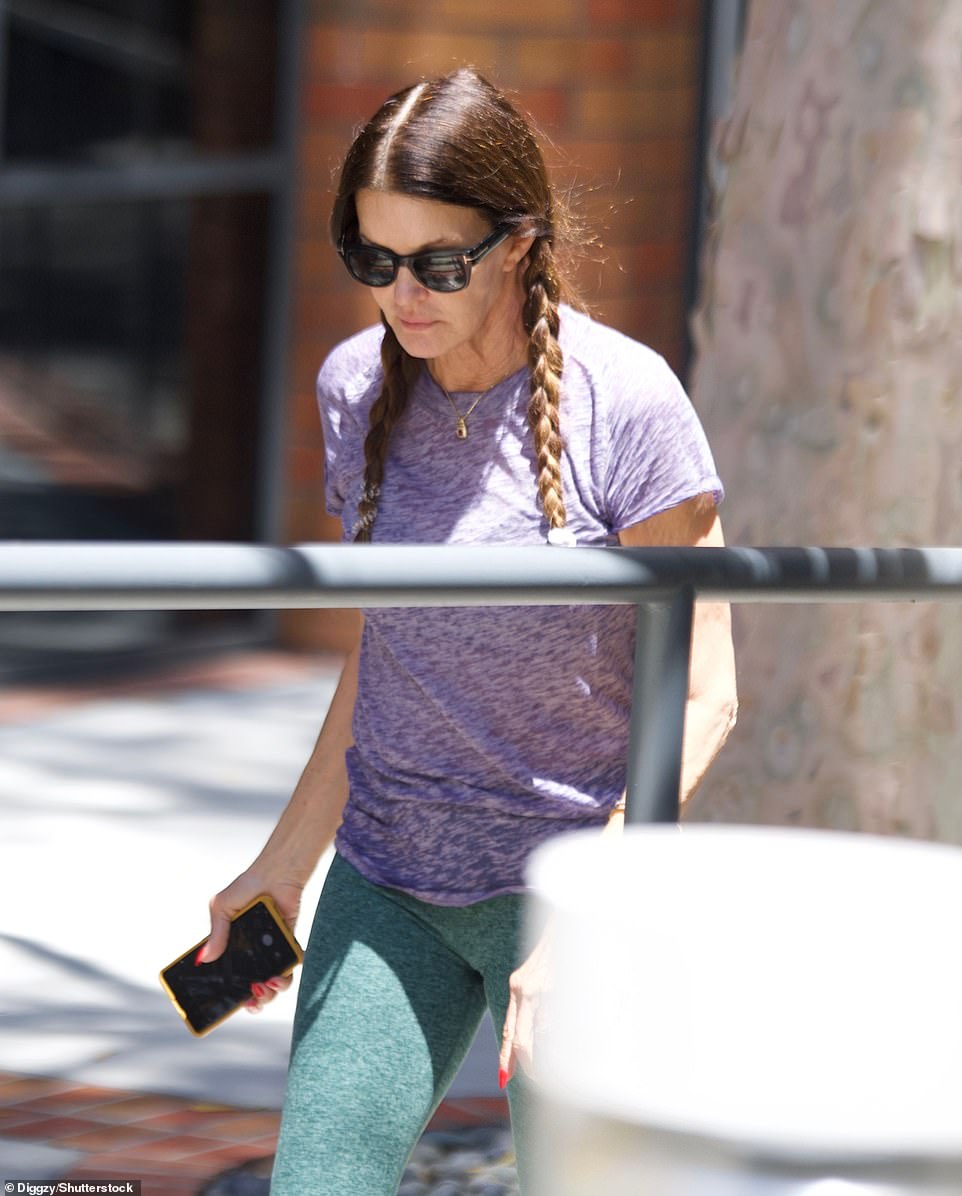 Dickinson looked at her phone and look down as she left the gym. Her attorney 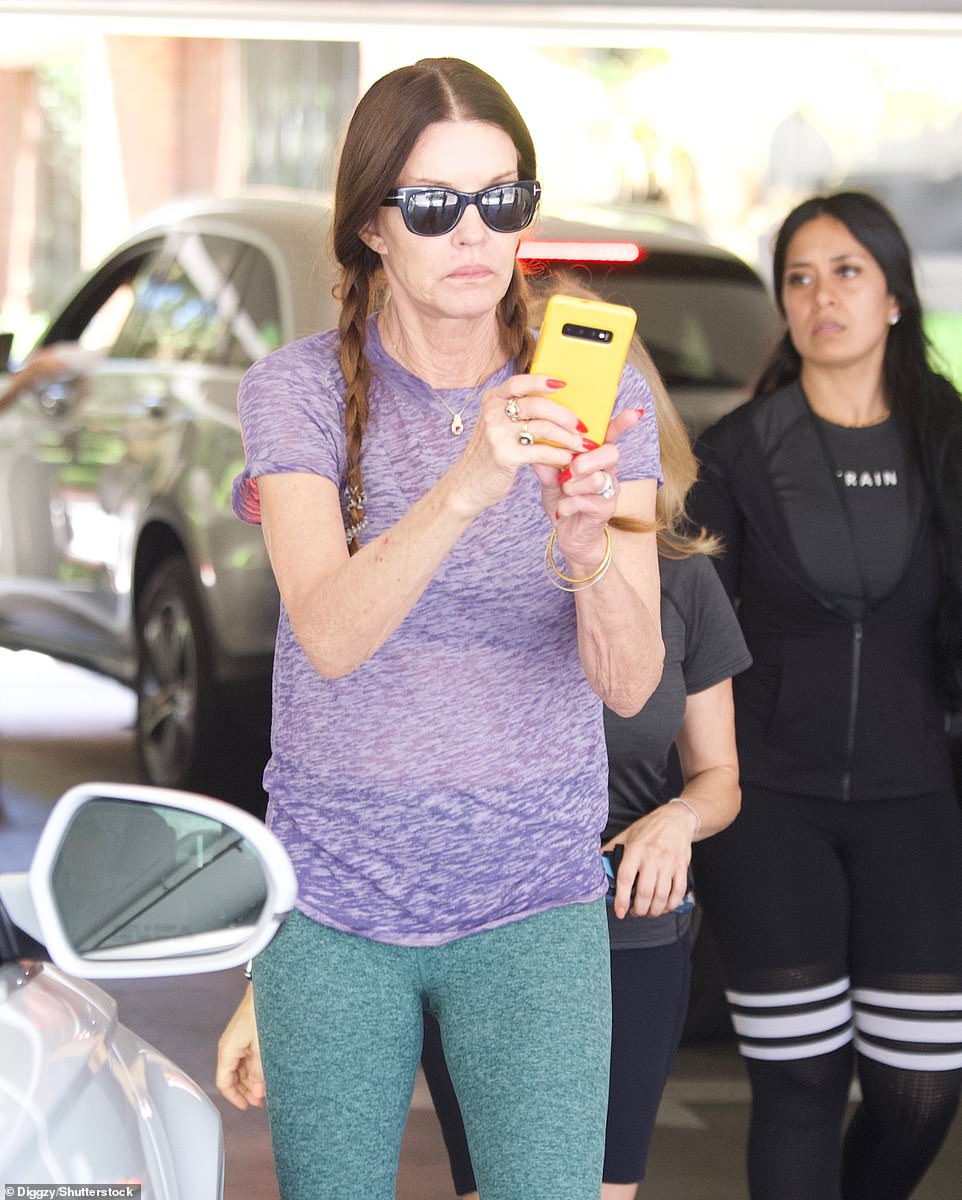 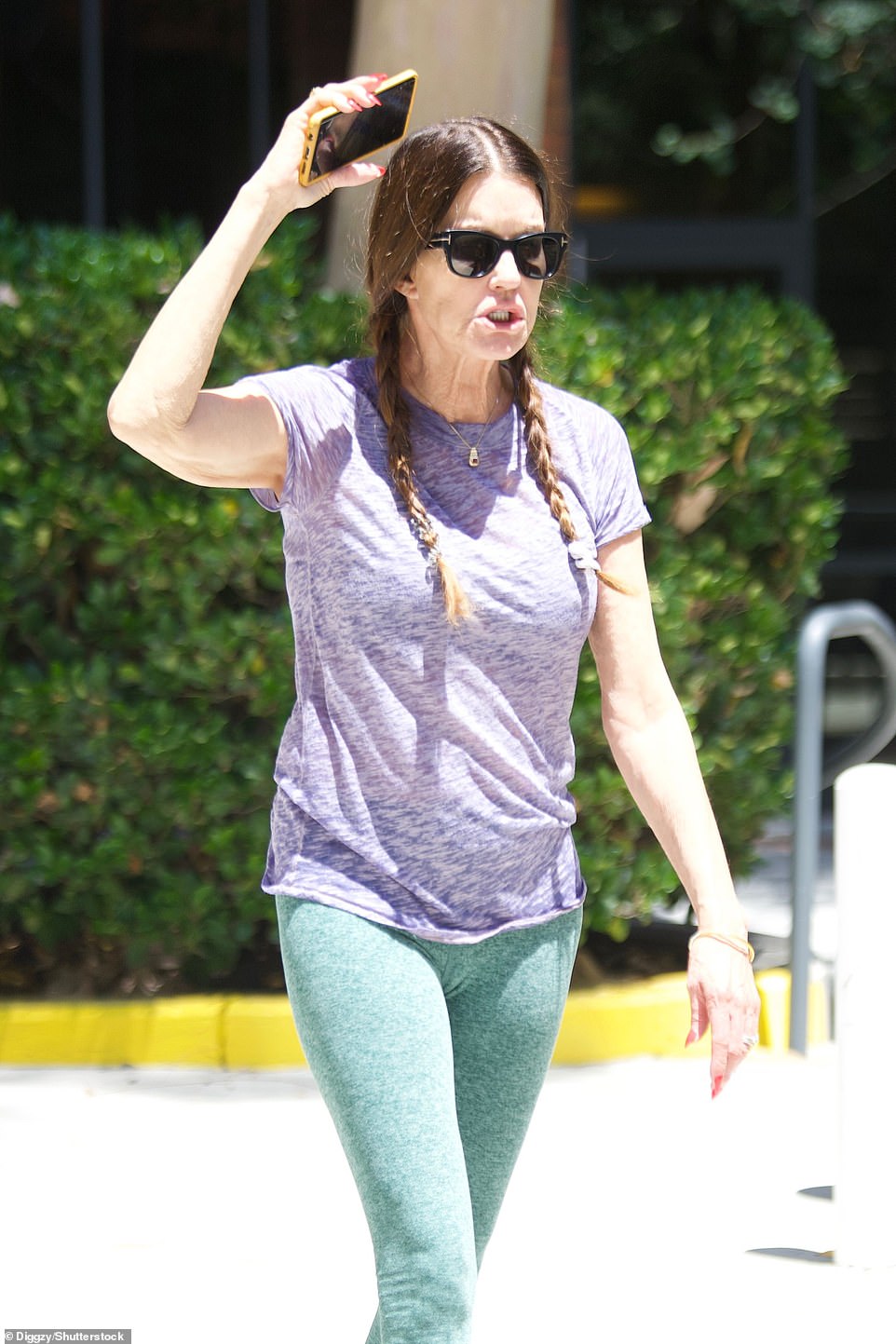 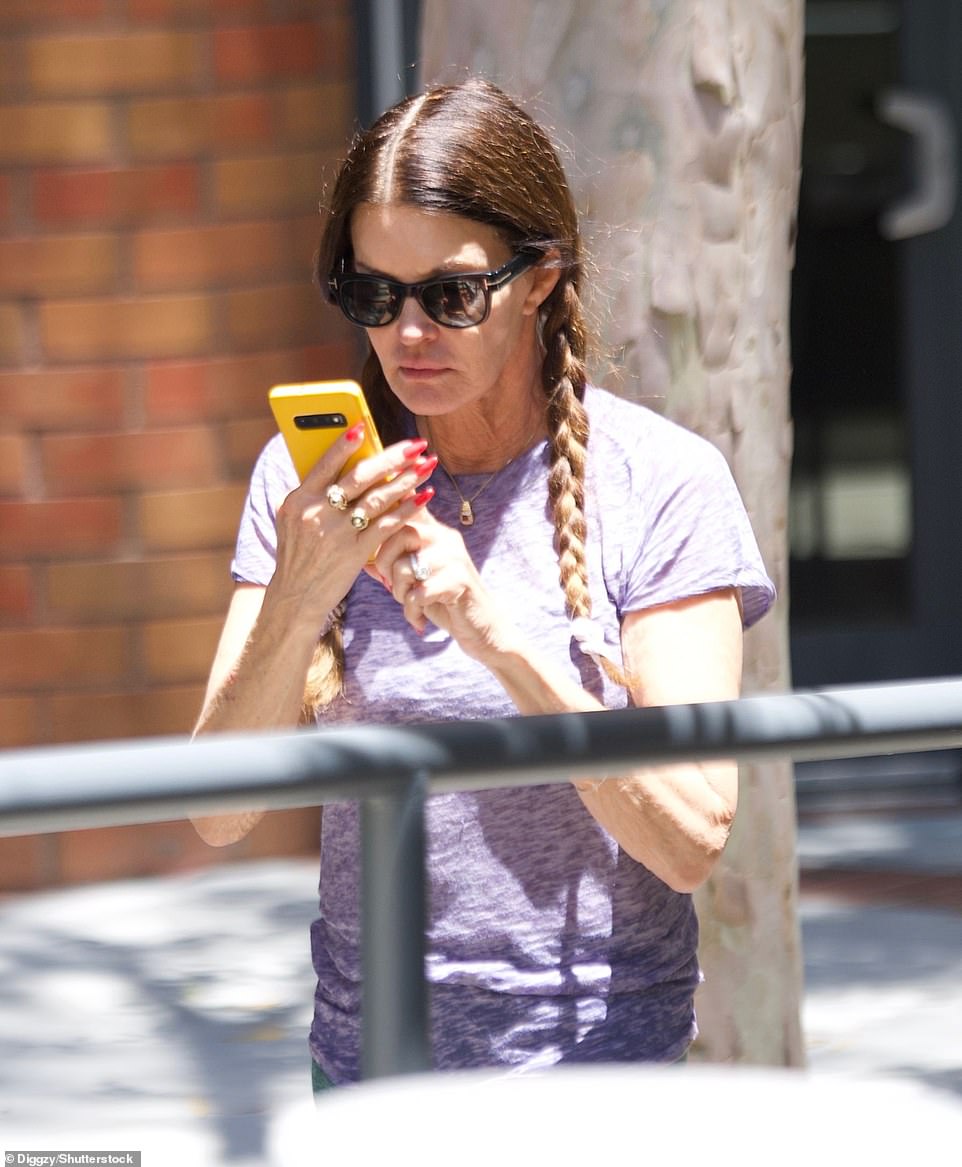 In 2007, Dickinson was a contestant on the seventh series of I'm a Celebrity...Get Me Out of Here! in which she finished as runner-up 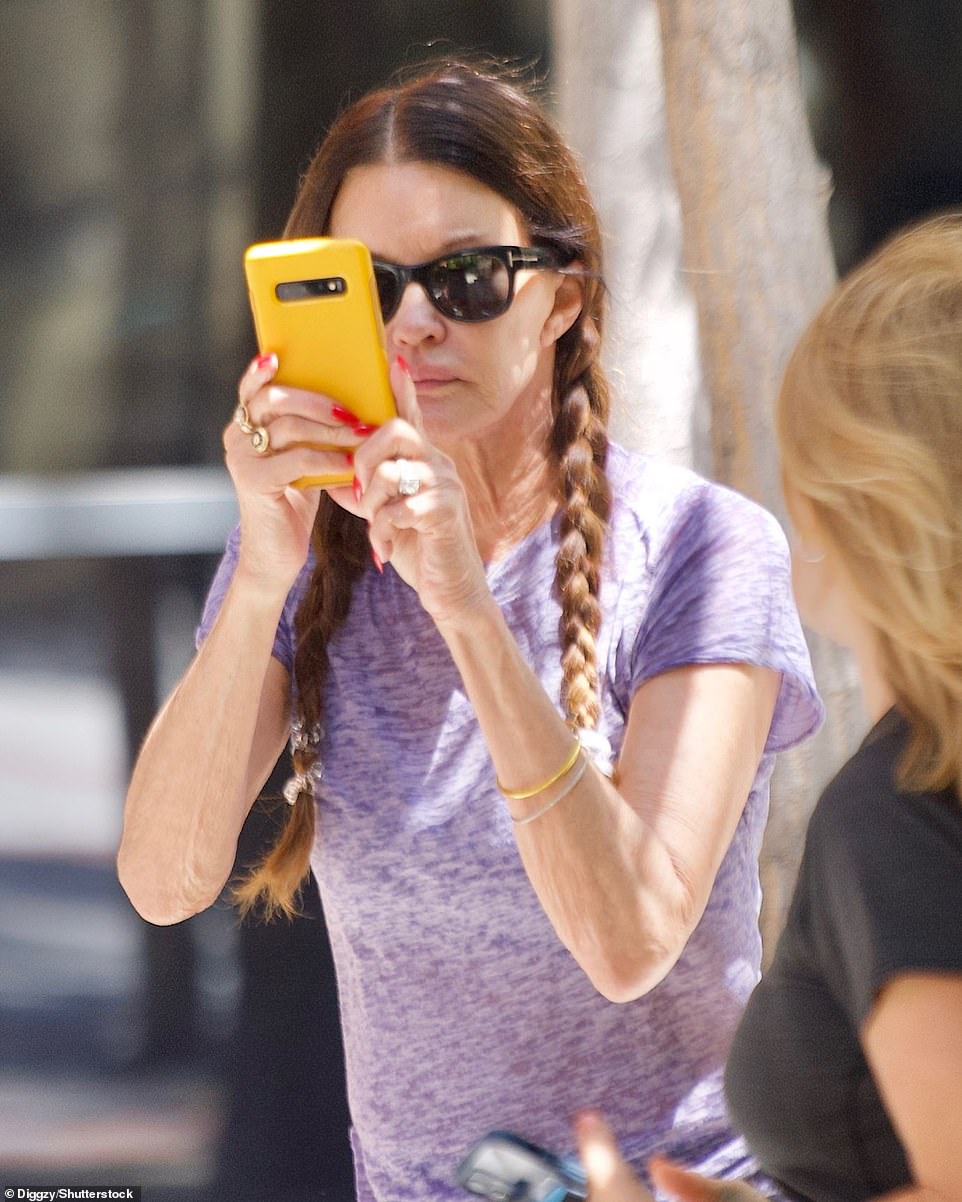 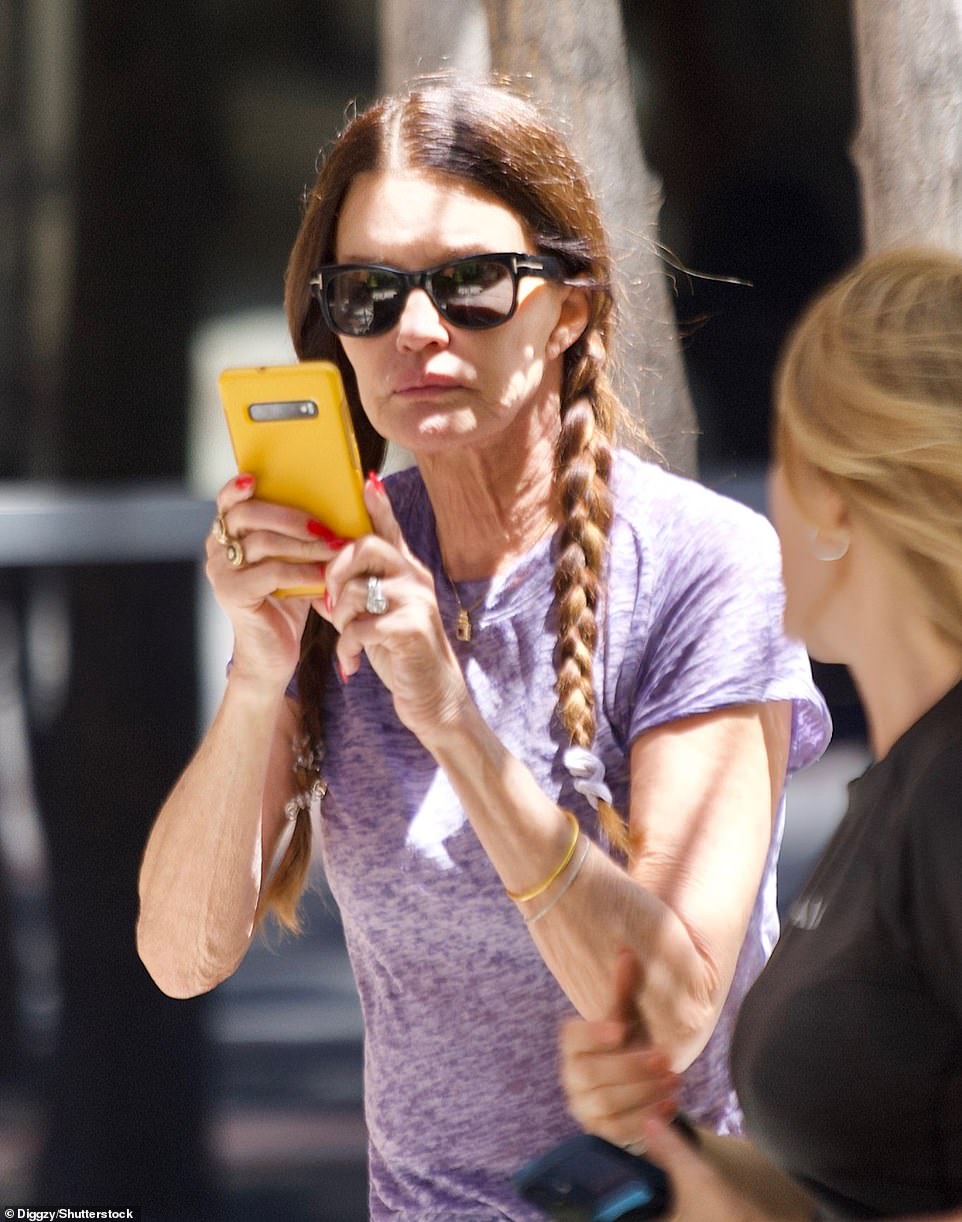 Dickinson has released three autobiographical books: No Lifeguard on Duty (2002), Everything About Me is Fake… And I'm Perfect (2004), and Check Please! Dating, Mating, and Extricating (2006) 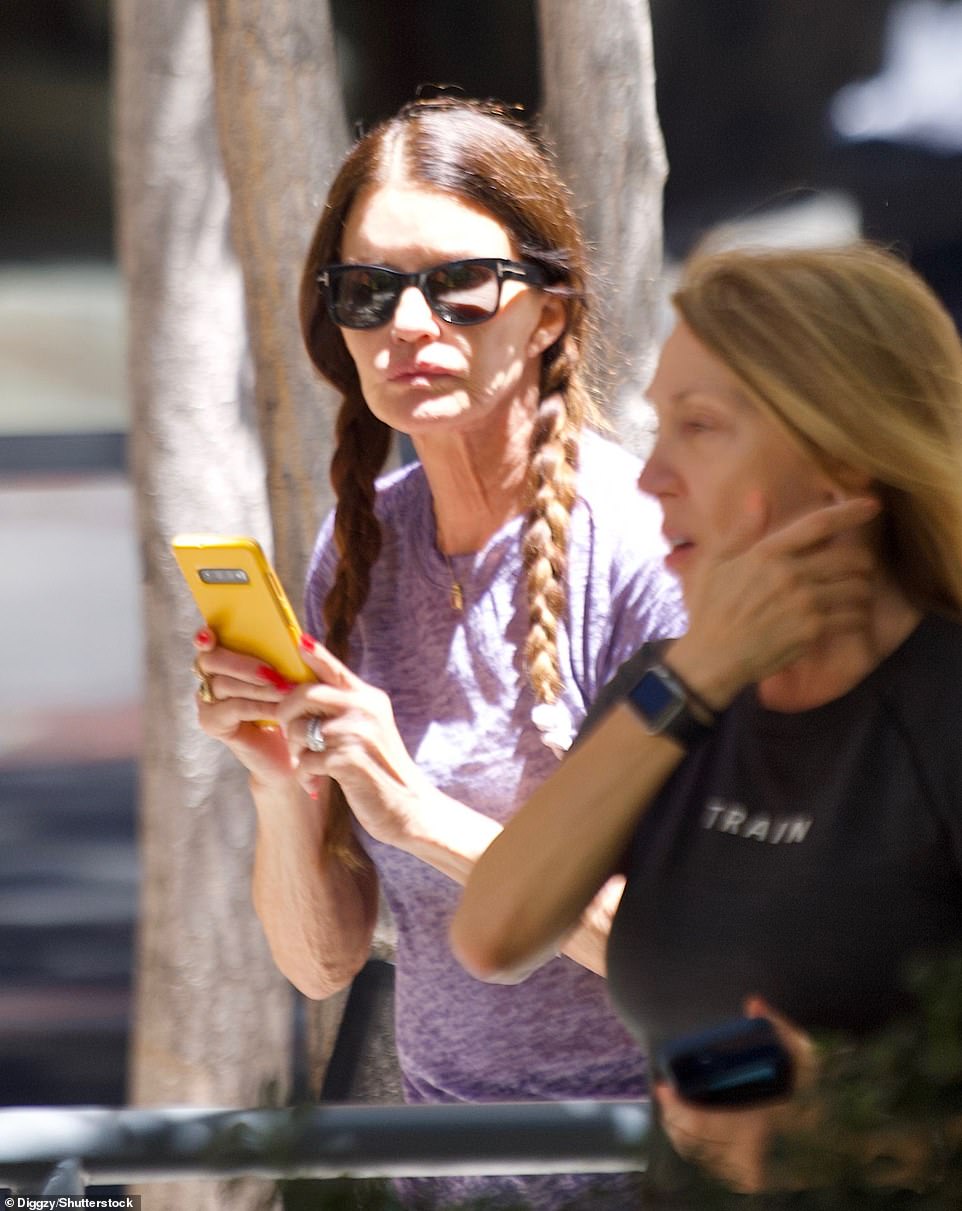 She was raised in Hollywood, Florida with her elder sister, Alexis, who became a real estate agent, and her younger sister, Debbie, who also became a model 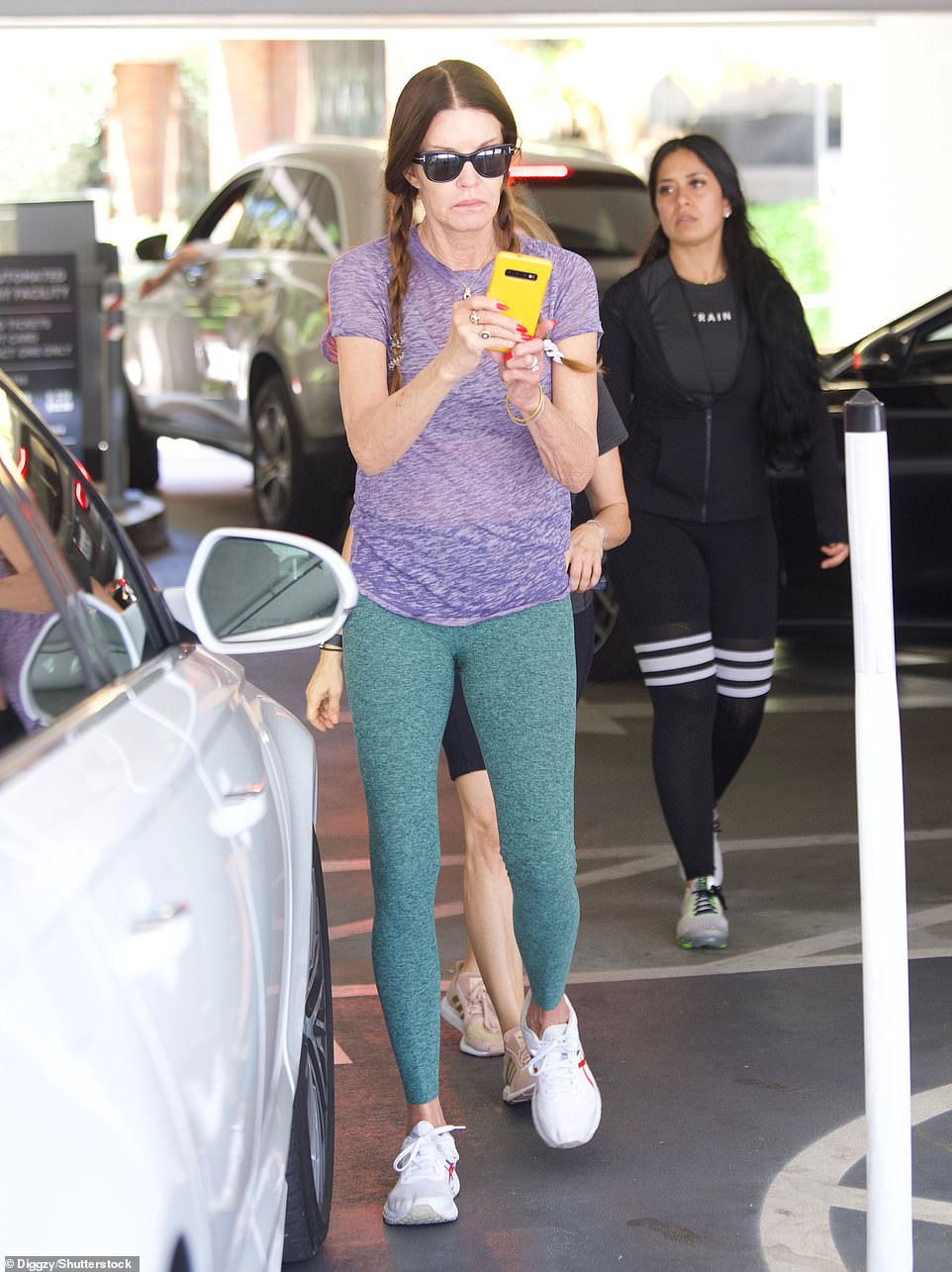 In the early 1970s, Dickinson moved to New York City to pursue work as a model after winning a national competition called "Miss High Fashion Model." 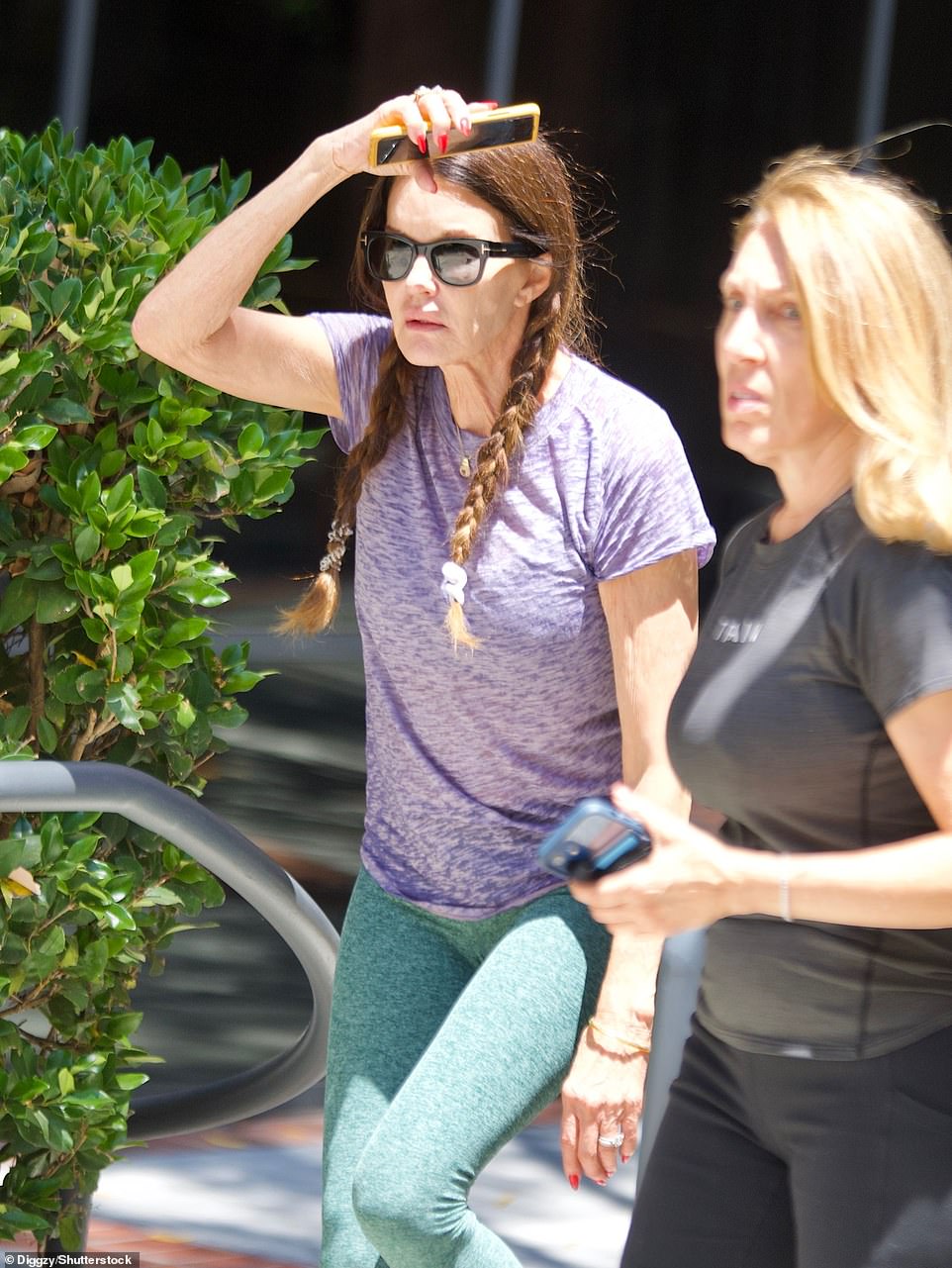 Her modeling pursuits led her to Paris, France, where her "exotic looks" secured her reputation within the European fashion industry 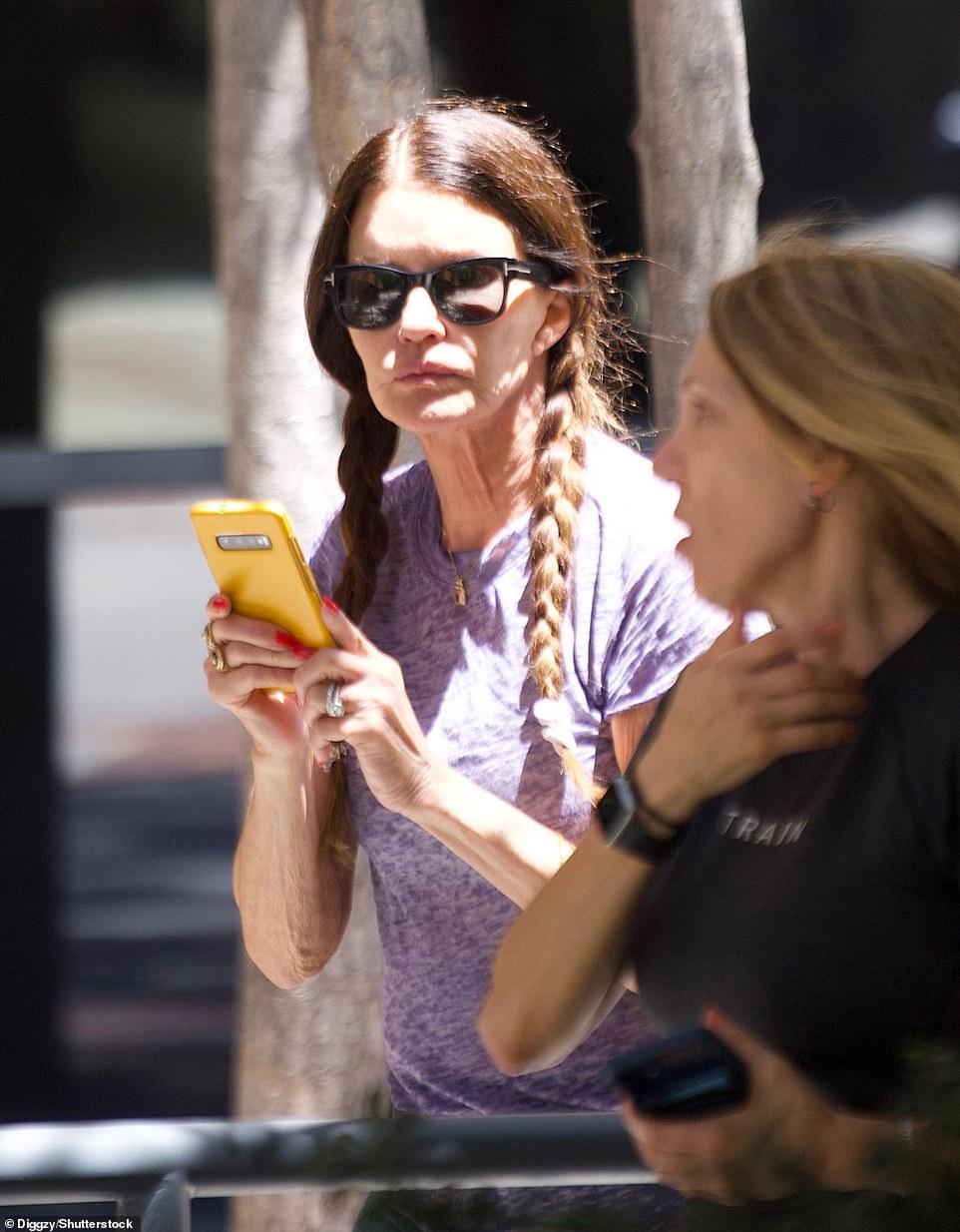 She returned to New York City in 1978, and spent the next several years working steadily, earning $2,000 per day, nearly four times the standard rate 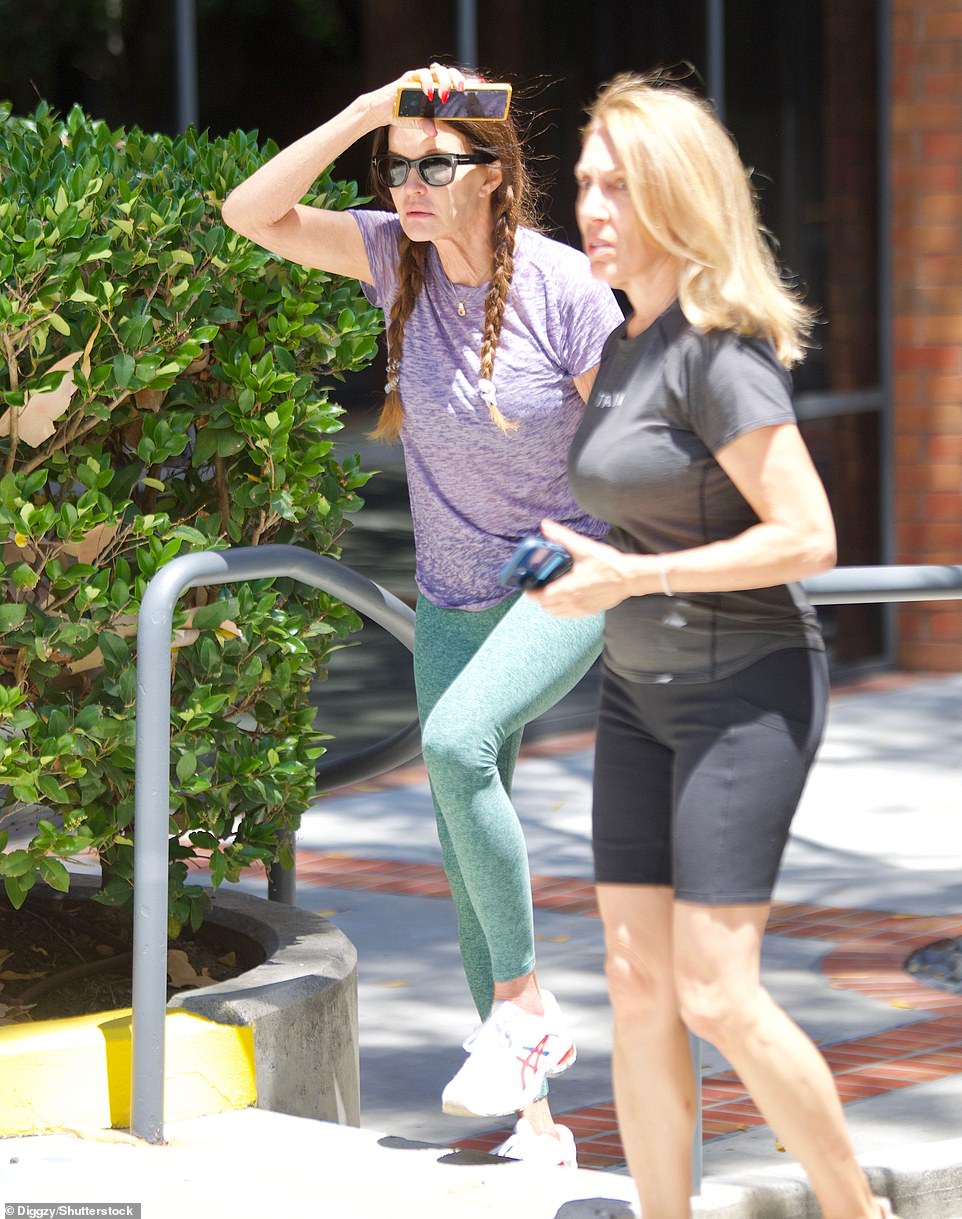 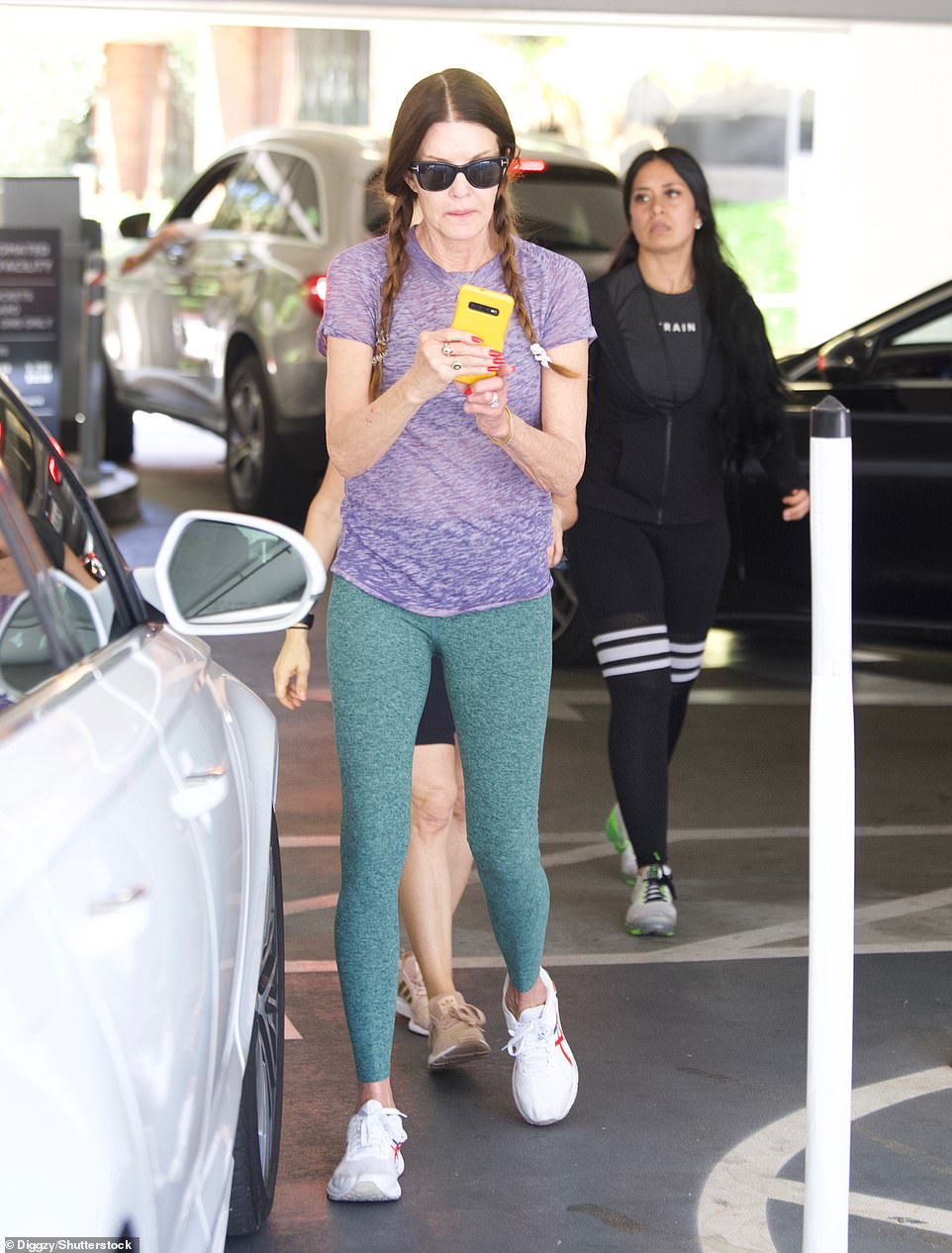 By the 1980s, Dickinson was considered a supermodel 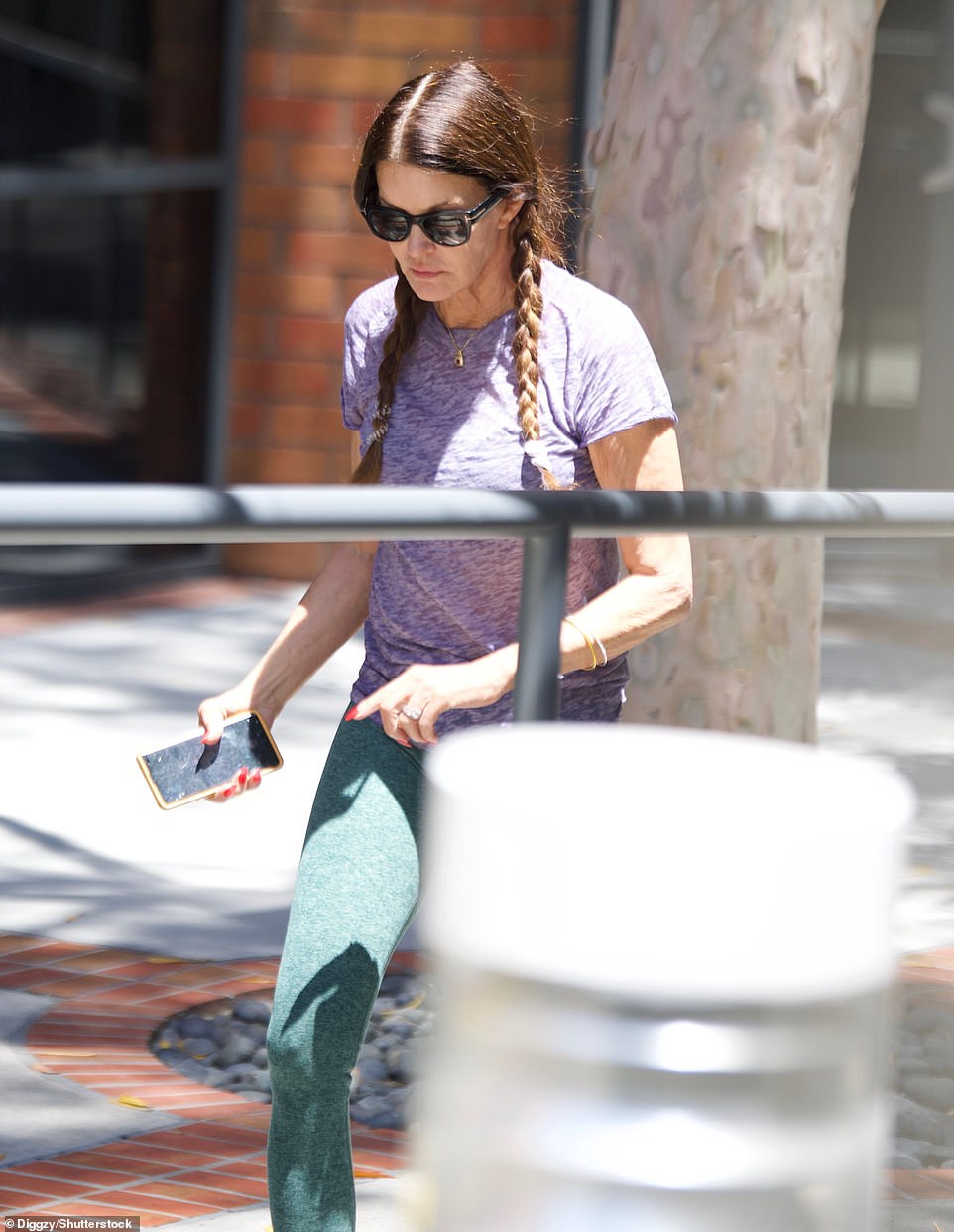 In November 2014, Dickinson joined a number of women who said comedian Bill Cosby raped her in 1982 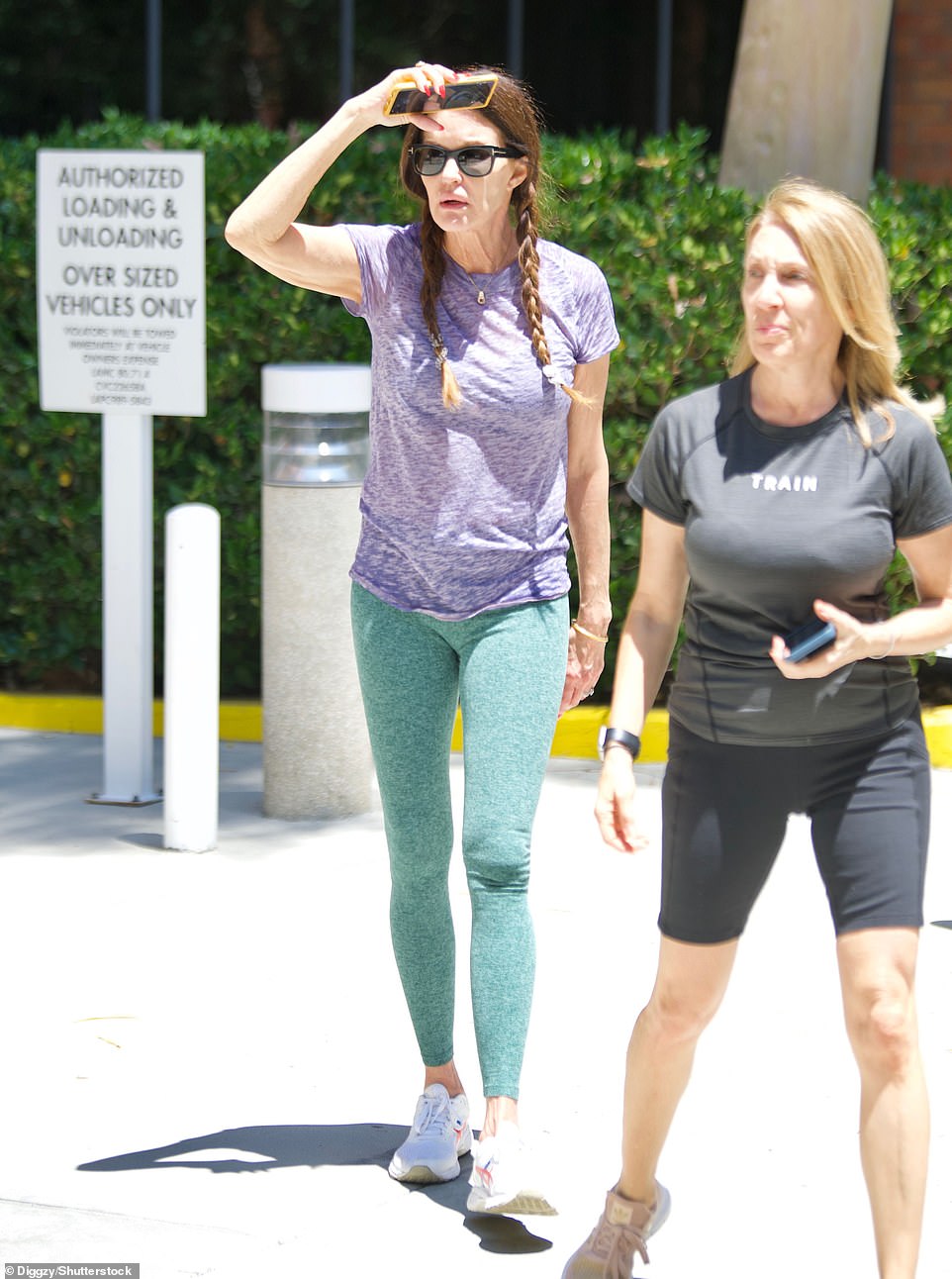 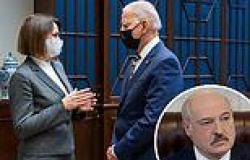