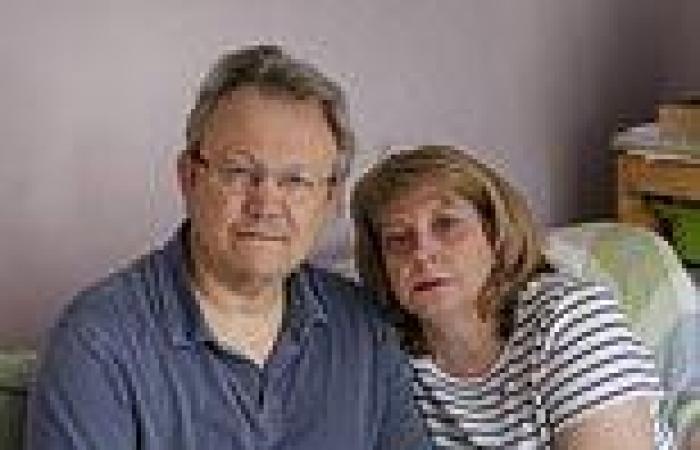 A string of deaths has heightened fears that cancers and other illnesses are being missed because of the rise of phone and video consultations.

Before the pandemic around 80 per cent of GP appointments were in person. But the figure was just 57 per cent in July despite life returning to normal.

In some regions, just 45 per cent of consultations are face to face – even though most adults are now double jabbed. A senior coroner warned this month that not seeing a doctor in person may have contributed to the deaths of five people across Manchester.

Lisa King, who lost her husband Peter after a GP denied him an in-person appointment, said: ‘I hope this Daily Mail campaign can make a difference because I never want another wife, husband, son or daughter to have to go through what me and my two sons are going through.’

Arun Ghosh, 42, a GP partner in Liverpool, says virtual consultations are no replacement for a ‘hand on the tummy or listening to someone’s breathing’.

In today’s Mail he writes: ‘Many GPs, especially locum and salaried doctors, who are not partners in a GP surgery, now prefer remote appointments.’

He said: ‘I am committed to ensuring everyone, no matter who they are or where they live, can choose to see their GP face to face and I am grateful to the Daily Mail for launching this campaign.’

The low level of face-to-face appointments comes despite official NHS guidance telling surgeries to offer in-person consultations if patients wanted them, unless there were good clinical reasons, such as Covid symptoms.

Many family doctors argue that phone or video appointments via Skype or Zoom allow them to handle more patients in a typical day.

Doctors’ leaders also argue a long-standing GP recruitment crisis has made it harder to see everyone in person.

But others believe the pendulum has swung too far and that it is vital to get back to pre-pandemic levels of face-to-face appointments so that fewer serious conditions are missed.

And campaigners say it is often the vulnerable or elderly who lose out by not being able to see their family GP as they normally would.

The Mail is demanding action from ministers and the medical authorities to ensure the proportion of appointments carried out face to face is radically improved.

This newspaper is also calling for action to ensure there is no postcode lottery in the system and for the Government to deliver on its pledge to recruit 6,000 more GPs.

Dennis Reed of Silver Voices, a campaign group for the over-60s, is pressing for patients to have a legal right to ‘face-to-face GP appointments’.

His petition on an official government website has more than 16,000 signatures, and a survey of more than 500 elderly people by his group in May found 71 per cent had struggled to obtain an in-person appointment with a GP.

Mr Reed said: ‘Primary care is not a welcoming service any more. If you can get through to your GP surgery on the phone, you’ll be interrogated by a receptionist and have to jump through so many hoops to get an appointment.’

Caroline Abrahams, of the charity Age UK, called for increased resources for GP practices to enable them to carry out more in-person consultations.

And Gavin Terry, of the Alzheimer’s Society, said: ‘Virtual GP appointments cannot become the norm for everyone with dementia, as many people experience communication issues, and their true condition might not be picked up.’

Alison Cook, who works for Asthma UK and the British Lung Foundation, said that most asthma sufferers have told them they prefer face-to-face care.

An NHS spokesman said last night: ‘Every GP practice must provide face-to-face as well as telephone and online appointments.’

4) Urgent action to ensure the Government delivers on its election promise to recruit 6,000 more GPs and provide 50million more appointments a year

5) If necessary, pharmacists or nurses based at GP practices should receive extra training so they can ease burden on doctors and help with face-to-face cases

Pandemic caused a plunge in numbers who saw a GP... and this year is set to be worse than last

Family doctors are seeing fewer patients in person than they did last year, despite the hugely successful vaccine rollout, better Covid treatments and a more stable supply of PPE.

Shocking NHS figures reveal that patients were in the same room as their medic for just 54.8 per cent of consultations between January and July. That compares with 59.2 per cent last year, 80 per cent in 2019 and 82 per cent in 2018.

Q: Why are there fewer face- to-face appointments?

A: In March 2020, as the pandemic began, NHS England wrote to GPs to tell them to adopt a system of ‘total triage’. Patients were to be assessed on the phone or online to establish if they needed an in-person appointment.

The pandemic accelerated a move to more remote care that ministers had hoped to bring in gradually.

Q: What are the benefits of remote consultations?

A: They help to reduce the spread of Covid by limiting contact. Triage allows GP practices to filter out patients who could be dealt with by pharmacists, nurses or physiotherapists, leaving doctors more time to see people who really need their expertise.

Some queries can be answered quickly over the phone and some illnesses or conditions can be diagnosed from photographs or by video.

Some people prefer this because it saves the time of travelling to a surgery, which could mean taking time off work or having to arrange childcare. Some GPs like doing remote consultations as they are able to do them from home, rather than travel to their surgery.

Q: What are the downsides?

A: Campaigners warn it is now so difficult to see a GP face to face that some people have given up trying to get an appointment altogether. It can often be hard to get through on the phone.

Patients can feel uncomfortable being quizzed by a receptionist and those who are lucky enough to secure even a remote consultation may not have a smartphone or computer necessary for a video call or to send a photo.

Some feel uncomfortable talking about medical issues remotely and value the relationship they build with a doctor in the same room. Without physical examinations, doctors risk missing vital tell-tale symptoms.

Coroners warn it is difficult to give the same level of care during a remote consultation and problems are being missed – with fatal consequences.

Patients unable to secure a GP appointment are instead visiting A&E and piling pressure on already busy hospitals.

Q: Are GP surgeries back to normal after lockdown?

A: No. GP surgeries are seeing a lower number and lower proportion of patients face to face this year than last – despite the hugely successful vaccine rollout, better Covid treatments and a more stable supply of personal protective equipment.

NHS England wrote to surgeries in May telling them remote consultations could continue but they should be offered ‘alongside a clear offer of appointments in person’. It added: ‘Patients’ input into this choice should be sought and practices should respect preferences for face-to-face care.’

Rates have crept up only marginally and remain almost a third lower than pre-pandemic levels. In some parts of the country, still fewer than half of appointments are face to face.

Q: What other issues explain the crisis?

A: Doctors’ leaders cite ‘years of neglect’ of general practice by successive governments, which means there are too few GPs to meet demand.

The British population is ageing and more people are living with multiple, complex illnesses that place a bigger strain on primary care.

The Royal College of General Practitioners and the British Medical Association say this is essential.

Q: What will happen next?

A: Health Secretary Sajid Javid has said it is ‘high time’ for GPs to start to operate in the way they were doing before the pandemic and he has vowed to ‘do a lot more about it’. GPs have pledged to offer a mix of face-to-face and remote consultations.

Campaign group Silver Voices, which represents the over-60s, has launched a petition calling for a legal right to in-person appointments.

The rest are conducted by telephone or video. However, this category also includes consultations at a patient’s home, which are extremely rare.

The figures also reveal that the figure for face-to-face appointments fell below 50 per cent during the lockdowns. GPs are on course to see 80 million fewer people face-to-face this year than in 2019, raising fears that more life-threatening conditions will be missed.

NHS England told surgeries in May to ensure they were offering face-to-face appointments to any patient who requests one.

But rates have crept up only marginally since, from 55.6 per cent that month to 57.2 per cent in July – still almost a third lower than pre-pandemic levels.

And the figures expose a postcode lottery of care, with just two local health areas – known as clinical commissioning groups – offering more than seven in ten appointments face to face.

NHS Castle Point and Rochford CCG topped the list with a rate of 72.6 per cent in July. But 13 CCGs are failing to offer even half of their appointments in person, with NHS South Sefton at the bottom of the league table on 44.9 per cent.

Dennis Reed, the director of Silver Voices, a campaign group for the over-60s, is leading calls for patients to be given a legal right to ‘timely face-to-face GP appointments’. His petition on the official Government website has more than 16,000 signatures and will be considered for a debate in Parliament if it reaches 100,000. A survey of more than 500 elderly people by the campaign group in May found 71 per cent had struggled to obtain a face-to-face appointment.

Mr Reed said: ‘If you can get through to your GP surgery on the phone you’ll be interrogated by a receptionist and have to jump through so many hoops to get an appointment. Many elderly people find this so daunting that they have just given up trying and are suffering at home. It’s very worrying and stressful for them.’

Mr Reed added: ‘We are worried that serious conditions are going undiagnosed, people are getting sicker and dying as a result. Ministers must get a grip on this now.’

Face-to-face GP appointments hit a low of 46.8 per cent in April 2020, the first full month after the first lockdown.

They remained below 50 per cent until August that year and have been above that level ever since.

But they are yet to return above 60 per cent in any month.

Lucy Watson, chairman of the Patients Association, said its helpline received regular calls from ‘frustrated’ and ‘distressed’ patients who can not see their GP face to face, and numerous health charities have warned of the harms of remote consultations.

PREV ‘Swarming with deadly weapons’: Why this south-east Asian nation is backing ... mogaznewsen
NEXT Two West Midlands Police officers and a special constable charged with rape in ... 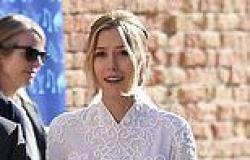 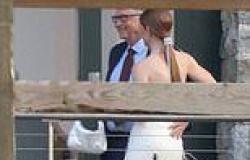 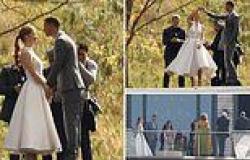 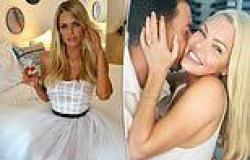 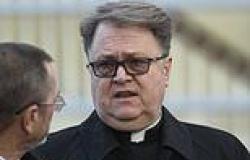