Friday 19 August 2022 10:34 PM Chocolat writer Joanne Harris is locked in a war of words with the Harry Potter ... trends now 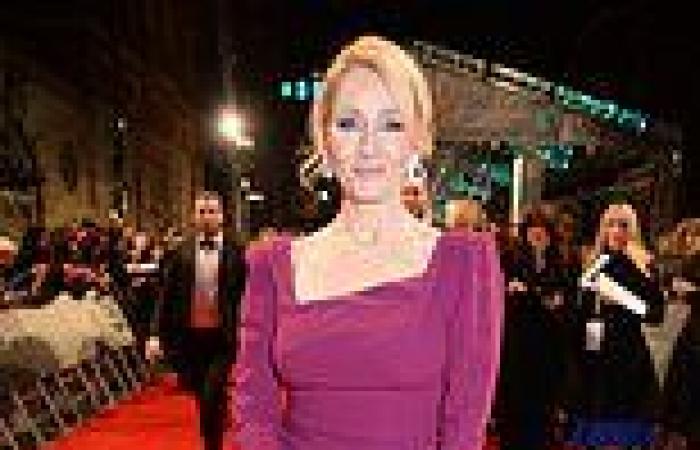 Friday 19 August 2022 10:34 PM Chocolat writer Joanne Harris is locked in a war of words with the Harry Potter ... trends now

Were it not for recent events, the literary luminaries J.K. Rowling and Joanne Harris might exchange pleasantries and remark upon the surprising amount of common ground they share.

Quite apart from the shared name — the J in J.K. standing for Joanne — the most striking similarity is that both women hold the rare accolade of numbering among the book trade’s Millionaires’ Club, a group made up of authors who have sold more than a million of one of their books.

Only a handful of women are in it. Harris earned her place back in 2012 when Chocolat, her deliciously magic-infused novel for adults (if you haven’t read it, you may have caught the film with Johnny Depp and Juliette Binoche), soared past the million mark, joining Rowling, who has somewhat outstripped that milestone by chalking up more than 500million global sales of her Harry Potter series.

As for the hugely successful Potter films, Harris once recalled taking her child, a Potter fan, on the set of the second movie as a ninth birthday treat. 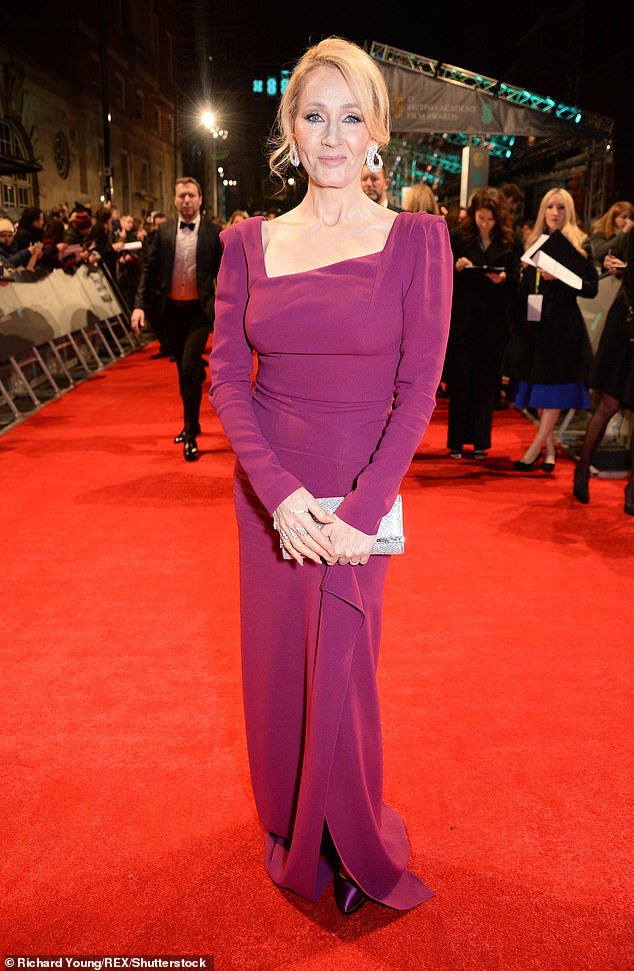 How unfortunate it is, then, to find these two stellar examples of publishing prowess at the centre of a volley of hostilities that have erupted in the wake of last week’s sickening knife attack on fellow author Sir Salman Rushdie.

At a time when the reading public might expect a united front among its favourite scribes, instead battlelines have formed.

The literary spat of the summer has pitted Harris, the esteemed chairman of the management committee of The Society of Authors and her supporters against Rowling and hers.

It all flared in the wake of the New York attack on Sir Salman a week yesterday.

Entirely reasonable sentiments to share, although one Twitter user did not agree, responding: ‘Don’t worry, you are next.’

On Saturday, Rowling, 57, highlighted the death threat on her Twitter feed, sharing a screenshot of a message from the platform’s support team showing that, supposedly, no rules had been violated.

The same day Harris, whose Twitter fanbase is a little smaller at 106,000 followers, published a poll on her feed asking if fellow authors had ‘ever received a death threat (credible or otherwise)’. 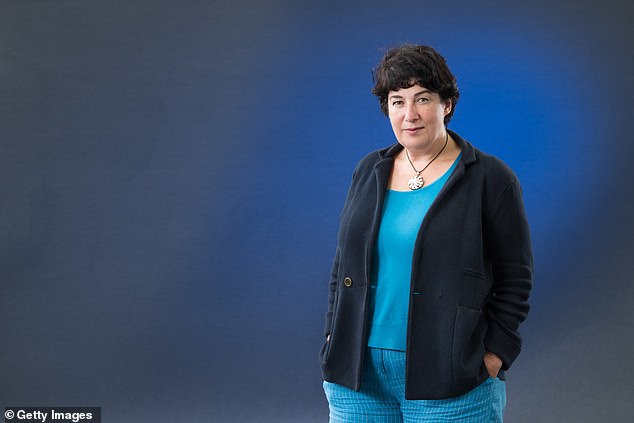 The same day J.K Rowling revealed the death threats made against her Harris, whose Twitter fanbase is a little smaller at 106,000 followers, published a poll on her feed asking if fellow authors had ‘ever received a death threat (credible or otherwise)’

This was variously branded ‘tasteless’ and ‘disgustingly inappropriate’ by other Twitter users. It was also seen as a sideswipe at Rowling.

Harris, who insists her poll ‘had nothing to do with J.K. Rowling’, swiftly deleted and re-posted a slightly less lighthearted version.

She asked the same question but removed the words ‘(credible or otherwise)’ and gave the options ‘Yes’, ‘Yes, more than once’, ‘Never’ and ‘Just show me the result’.

She admitted: ‘I felt I’d got the tone wrong.’

Were it two different authors, the matter may have been left to rest. But it wasn’t.

Instead, a week of accusations and ripostes ensued, the crux of which appears to be focused less on an attack on Rushdie’s life and more upon another thorny issue: gender.

On the one side there is Rowling, who has faced a continued onslaught of accusations of transphobia since she mocked an online article in June 2020 that used the words ‘people who menstruate’ instead of women.

She was labelled a TERF — trans-exclusionary radical feminist.

On the other is Harris, a passionate critic of gender-critical feminists.

She has a deeply personal link to the issue because her own child Fred, the same one who once visited the set of the second Harry Potter movie, is trans.

Fred is a 29-year-old freelance editor whose own public Twitter handle quips: ‘Undeclared trans in the bagging area.’

He and his mother enjoy a close relationship and, as any parent would be, Harris was fiercely protective this week, declaring ‘anyone using him to attack me is utterly and forever beneath contempt’.

Harris insists her ‘personal feelings about the gender-critical movement’ did not affect either her belief in free speech or her work for the society.

She and Rowling have been on opposing sides of the fiery issue for two years. Rowling says she has received ‘endless death and rape threats’; at one point #RIPJKRowling was trending on Twitter.

Such was the vitriol in 2020 that the first of several open letters was aired in support of the author, deploring the onslaught of abuse ‘that highlights an insidious, authoritarian and misogynistic trend in social media’.

Four days later came a letter from a different group. It did not mention Rowling, but its timing was striking.

Among the signatories were authors Malorie Blackman, Jeanette Winterson — and Joanne Harris.

This week letters have been flying again from supporters of each camp. Strip away the angry words and opposing viewpoints, however, and the two women share more in common than one might expect. 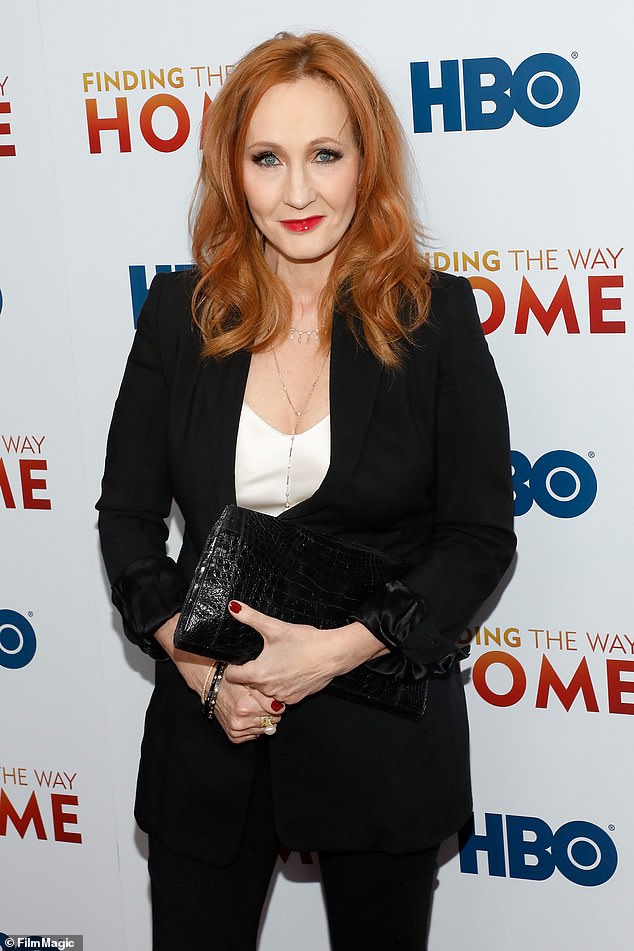 J.K Rowling has received a wave of online abuse since she mocked an online article in June 2020 that used the words ‘people who menstruate’ instead of women

Born just a year apart, the duo were similarly successful academically. Harris read modern and medieval languages at Cambridge, while Rowling studied French and classics at Exeter University and both trained as teachers.

They are both Francophiles 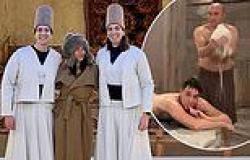 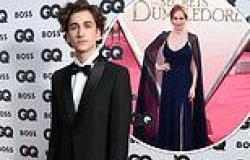 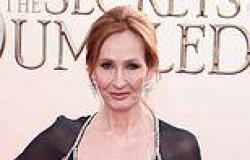 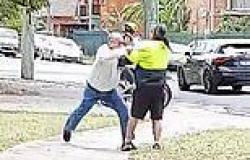