An abandoned funeral home in Alabama resembles a scene of a supernatural horror film rather than the place of business it once was when it opened in the late 1800s.

Dozens of caskets lie decaying throughout the building that has been untouched for a decade. A deserted hearse, bottles of varnish equipment, destroyed furniture and smashed items are scattered in different rooms.

Rainwater has soaked right through the home causing damage that make the interior look even spookier than the rotting remains left behind. 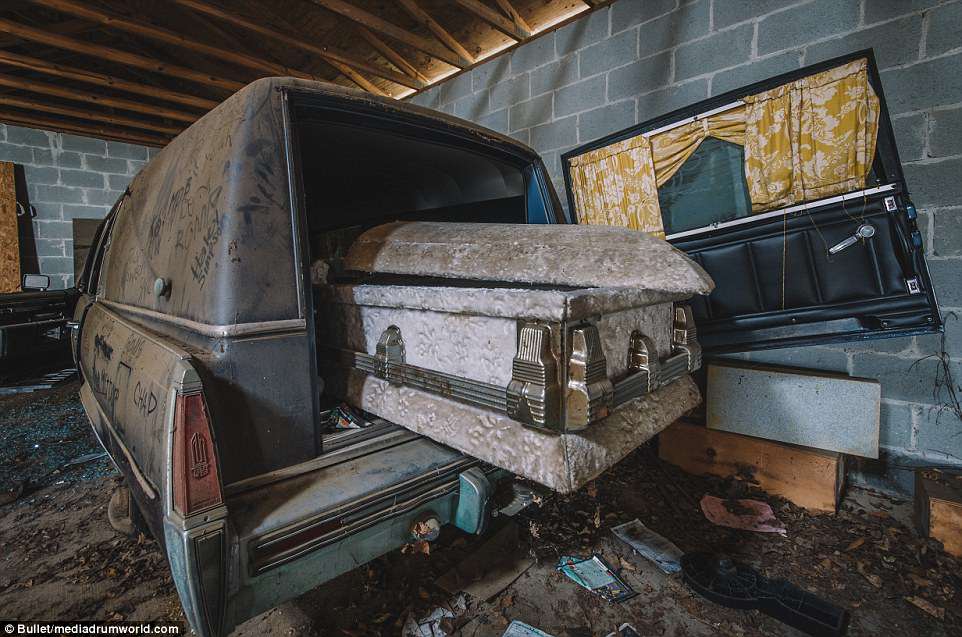 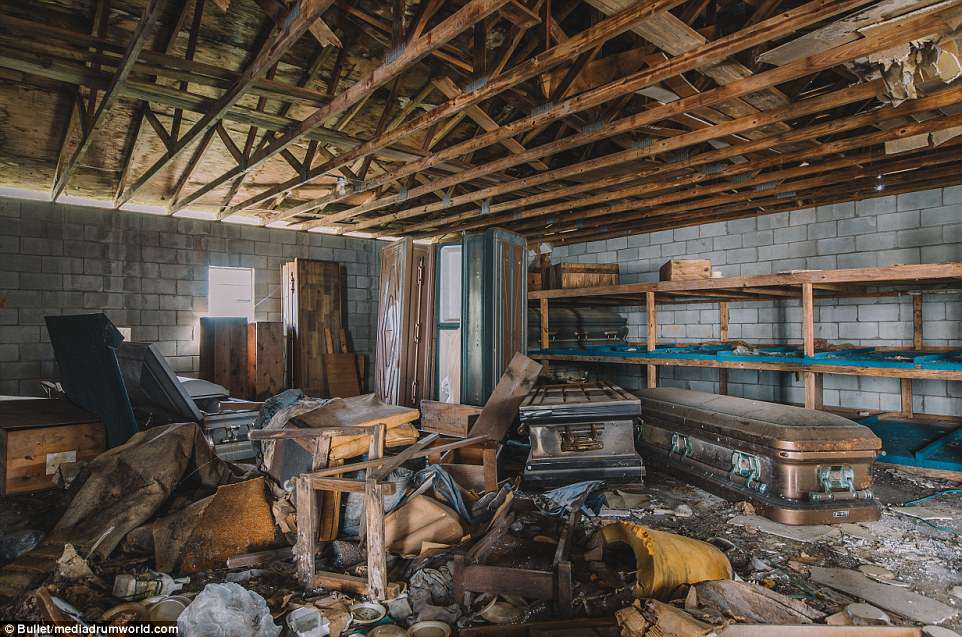 Lost coffins are seen littered around the building that has not been open since 1997. It is believed the building has been untouched for a decade 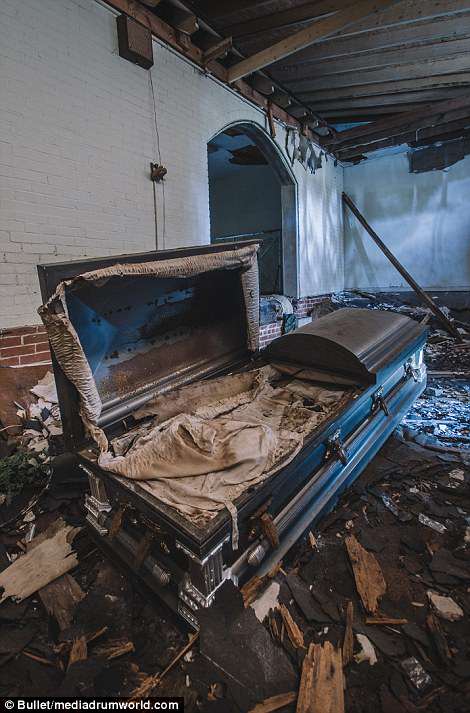 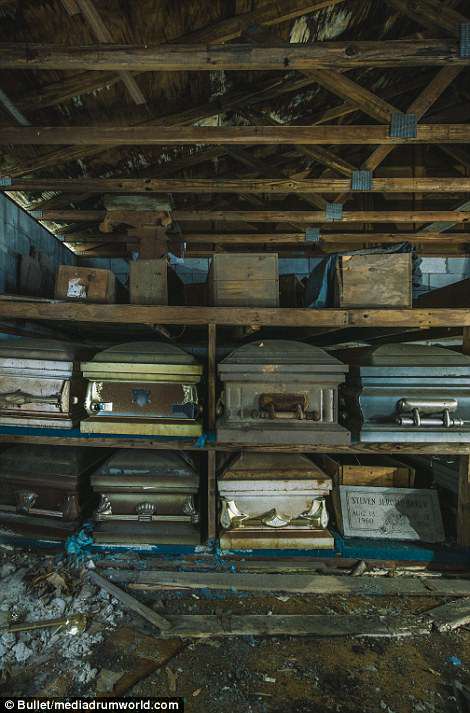 One of the coffins was found with the lid opened (left) on top of rotting bits of wood while a headstone (bottom, right) with a name already carved into it lies against a stack of caskets 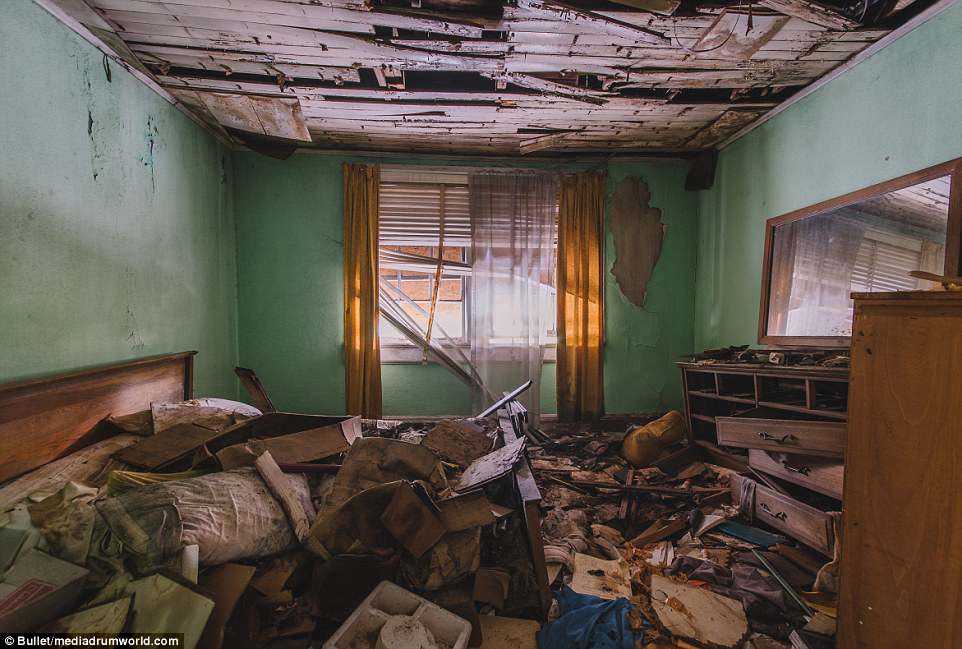 Destroyed furniture in a room completely destroyed by rainwater. Locals in the neighborhood claim to have seen lights flicking on and off in the building at night 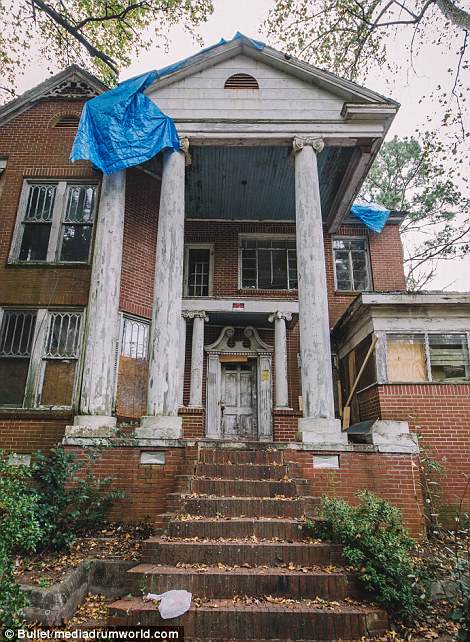 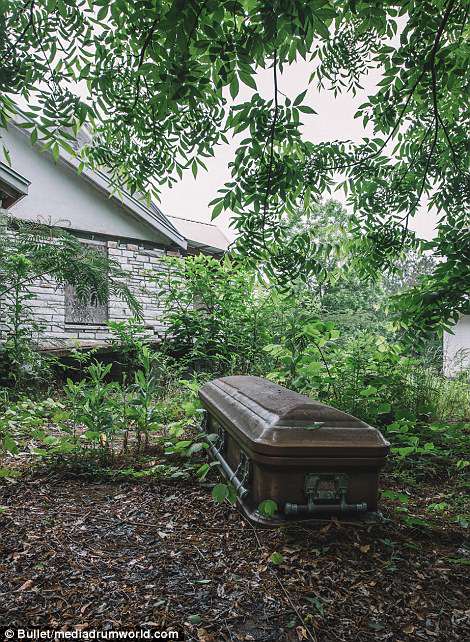 Even the exterior is an intimidating sight as paint strips from the building's entrance. On the right, another abandoned casket lies outside on the funeral home grounds

Eerie images show coffins all over the house. Some are lined up ready for use, one is seen outside and another hanging out the back of a dust-covered 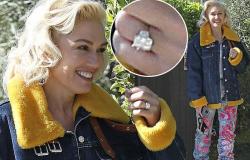 Gwen Stefani beams as she flashes $500K engagement ring after leaving a ... 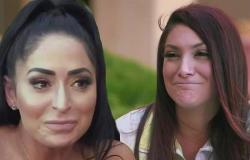 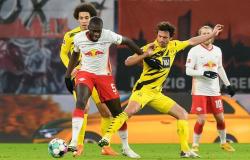 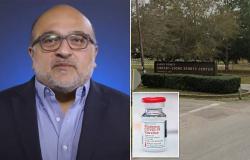 Texas doctor, 48, is fired and charged for 'stealing a vial of the Moderna ...

Gwen Stefani beams as she flashes $500K engagement ring after leaving a ...