Strictly Come Dancing contestant Chris Ramsey, 32, was announced as part of this year’s line-up on The One Show last night.

Following his appearance on the show, his wife Rosie joked about the Strictly Come Dancing curse, a term used to describe relationships that break-up during or after the show.

In view of her 217,000 Instagram followers Rosie filmed herself brushing her teeth from a holiday villa alongside their young son Robin.

She said: “So yeah, very exciting announcement, I'm not being funny, I don't want to start rumours but he said he was going to ring after." 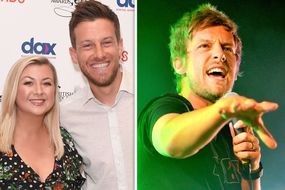 “He was on the One Show half an hour ago. It’s started already. I knew it would happen," she added, with the word “CURSE” across the screen.

She followed up her post, jokingly telling fans the pair’s marriage is “safe”.

"He rang, our marriage is safe,” she added. “I’m really looking forward to having something to actually do on a Saturday night.

"As always your support for stuff is incredible! Feel like it’s me doing it! (Wish it was. Not bitter. Bit Bitter. It’s all good)."

She added: “Definitely not jealous, Really, really proud So happy for him. No jealousy or bitterness over here. None at all. I just won't have it.

"If anything does happen though... I'm TOTALLY available. Happy and willing to cancel ALL plans @bbcstrictly," she wrote over a video which saw her rolling on the