Tensions rose further after a third Royal Navy warship was sent to the Strait of Hormuz following several shipping incidents over the past three months. With conflict between Washington and Tehran a possibility in the near future, military officials on both sides will likely be sizing up the other’s arsenal. Despite the US’ vast military-industrial complex and subsequently powerful forces, there may be one type of warplane that could pose a serious threat to Trump’s airforce. 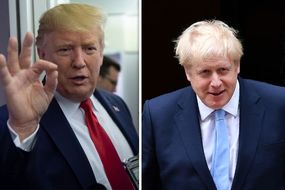 On paper, Iran’s old F-14 Tomcat fighters may not look like they could even make a dent in a modern US plane.

However, they are likely to be Trump’s first targets, according to military analyst David Axe.

Originally deployed during the Iran-Iraq war that ran between 1980 and 1988, 68 of the F-14 planes managed to survive.

This was despite heavy US sanctions that limited Tehran from seeking any spare parts for the fighters.

Should Trump be scared? (Image: GETTY)

However, the black market has allowed Iran to stay self-sufficient and maintain these plans.

This was of great concern to the US, according to Mr Axe, due to the effectiveness of the F-14 despite its age.

He said: “With its long range and powerful radar, the F-14 remains one of the world’s most capable fighters.

“For that reason, the Americans for many years have been trying to ground the Ayatollah’s F-14s.”

The F-14 is very powerful despite its age (Image: GETTY) 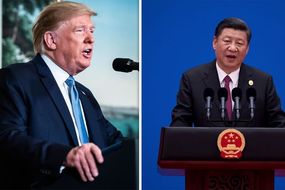 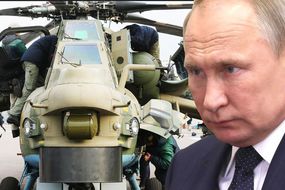 Fellow analyst Dario Leone claims that the F-14 is the best aircraft to defend ships against multiple target engagement – something that could prove useful should Iranian ships be targeted.

He added: “Thanks to its beyond visual range (BVR) capabilities and assisted by E-2C Hawkeyes, the Tomcat could inflict severe losses to an incoming enemy bombers formation.”