EBAY is a good place to start when looking for a bargain, however some items have a much bigger price tag. A “rare” Beatrix Potter 2017 50p commemorative coin has been listed on the site for whopping £9,999.95 - is this actually a bargain?

eBay is known as the go-to platform for great discounts and rare finds. From rare coins, artifacts and memorabilia to tech gadgets, fashion and toys, customers can get their hands on some brilliant deals. However, sometimes users price items for an eye-watering high price. One such item, priced at an eye-watering amount, is a “rare” 2017 Jeremy Fisher coin listed on the auction site for a whopping £9,999.95. With some coins going for more than face value, is this price tag actually a bargain? 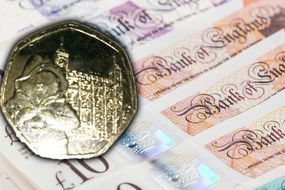 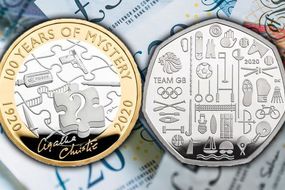 Royal Mint launches five new coins - where can you get one?

The “rare” coin was part of the Beatrix Potter collection issued in 2017, and it is one of the coins from the collection that coin enthusiasts and collectors have become obsessed with.

The eBay user, whose profile name is dameangelina , has a 100 percent positive feedback rating. They have been a member of the auction site since 2009 and as well as the Jeremy Fisher coin they have also listed a “rare” £2 coin.

The user has listed the Jeremy Fisher coin with the buy it now function, but is also accepting bids.

The eBay user, “dameangelina ”, uploaded the Jeremy Fisher fifty pence piece with two pictures of it.

eBay: The user "dameangelina" has listed the commemorative coin for a whopping £9,999.95 (Image: EBAY/dameangelina)

They described the coin as rare and explained it was originally released in 2017.

The seller told potential buyers the coin had been circulated but still believed it to be of great value.

Currently there are 33 watchers interested in purchasing the coin.

Keen collectors could have the rare coin by Friday 10 January if they snap it up soon. 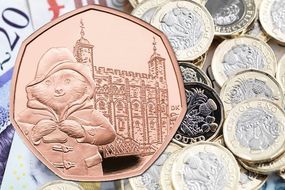 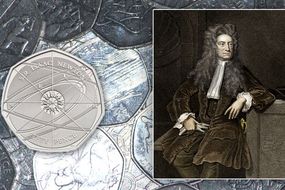 Beatrix Potter coins were originally released in 2016 to celebrate 150 years since the birth of the children’s author, Beatrix Potter.

PREV Goffin puts Great Britain on collision course with Australia mogaznewsen
NEXT Navratilova attacks 'pathetic' Court and accuses her of 'hiding behind her ... mogaznewsen