Keir Starmer, an MP for Holborn and St Pancras, couldn’t confirm the validity of whether the character, Mark Darcy, is based on him but said he’s incredibly flattered by it. Mr Starmer added only the author can answer that question. ITV reporter Adam Fowler asked: “Apparently in Bridget Jones’ Diary, Helen Fielding based the character of Mark Darcy on you. Is it true? How do you feel about it?” 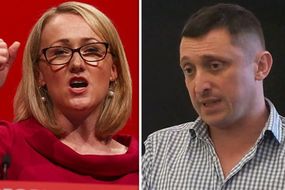 Speaking to ITV News, Mr Starmer said: “Everybody asks me this question when they should be asking her the question because she knows the answer and I don’t.

“It’s a rumour that’s been doing the rounds for some years but I honestly don’t know the answer to it.”

Mr Fowler pressed: “Would you be flatter if it was?”

The Labour leadership candidate replied: “Of course I would but I honestly don’t know the answer.”

Keir Starmer is said to have inspired one of the main characters in Bridget Jones’ Diary (Image: GETTY)

Keir Starmer couldn’t confirm the validity of whether the character, Mark Darcy, is based on him (Image: GETTY )

It comes as BBC’s Laura Kuenssberg grilled Labour leadership hopeful Keir Starmer for not speaking out during the general election last December as she accused him of failing to try and “have it both ways”.

The MP for Holborn