Lorraine Kelly welcomed Prince George’s grandmother, Julia Samuel onto her ITV show this morning as the psychotherapist promoted her latest book. However, the host was forced to step in and apologise when Julia swore live on air as the author discussed how viewers can cope with their bad mental health days. 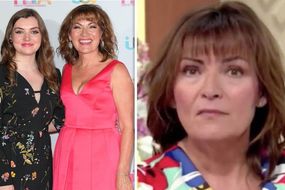 Julia made an appearance on the show to promote her new book, This Too Shall Pass.

But, while opening up about how talking to your friends and family can help if you’re suffering from a bad mental health day, the psychotherapist swore.

She began: “Mental health is invisible, if you have a physical illness, you can go to the doctors and say “I’ve bust my arm.”

Julia explained that if you have a physical illness you can visit a doctor who will treat you but, mental health should be approached differently. 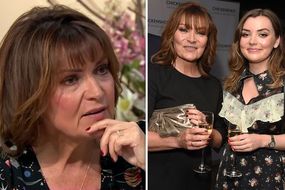 She continued: “But because it’s invisible and for decades it has been used as a sense of shame and failure that everyone else is coping and doing okay.”

“But I think that’s the thing – everyone has their own problems and their own difficulties, but because we’re not honest about them and we’re not transparent – we think everyone has it sorted and we think we’re failing.”

Julia discussed the importance of speaking to your loved ones before suggesting how Lorraine could help overcome any problems.

“If we can be kind to ourselves and talk to our friends,” Julia explained “Don’t hold things as a secret because when you hide it underground it grows and becomes more mercy.

Vast lockdowns of millions of people across Europe have saved up to 120,000 ...