THE White House has condemned Hong Kong for delaying its upcoming legislative elections for a year following a fresh coronavirus outbreak.

The elections, which had been due this September, will now take place in September 2021. Hong Kong's leader Carrie Lam used emergency powers to push back the elections, a day after a dozen pro-democracy activists had been barred from running. 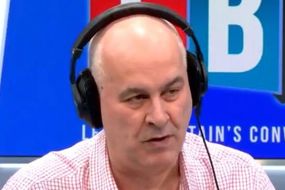 "We condemn the Hong Kong government's decision to postpone for one year its Legislative Council elections and to disqualify opposition candidates," US President Donald Trump’s press secretary Kayleigh McEnany said at a news conference.

She went on, "This action undermines the democratic processes and freedoms that have underpinned Hong Kong's prosperity and this is only the most recent in a growing list of broken promises by Beijing, which promised autonomy and freedoms to the Hong Kong people until 2047 in the Sino-British Joint Declaration."

This comes after a group of 22 pro-democracy parliamentarians released a statement saying the move would throw Hong Kong into “constitutional crisis”.

They added: “After a year of democratic movement, it is urgent for LegCo to undergo a baptism of public opinion, that's the root of the city's governance.

“The government and the whole society must make every effort to make sure that the general elections can be held as planned.”

Carrie Lam, Hong Kong chief executive, described the decision as the “hardest choice” she has made which is aimed at “safeguarding people's health”.

She added the Chinese government supported her decision.

Last year pro-democracy campaigners made decisive gains in Hong Kong elections in a challenge to Beijing.

Hong Kong has been hit by a fresh COVID-19 wave