Gary Windass (played by Mikey North) is recovering in hospital after stepping out in front of a moving vehicle to save Sarah Platt’s life earlier this week on Coronation Street. After begging his ex-girlfriend to keep his murderous secret, will he realise his future lies with Sarah and not Maria on the ITV soap? 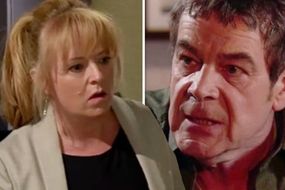 When confronted, Gary broke down and confessed he was to blame for Rick’s disappearance but explained he had done it to protect her.

While running away from Gary, Sarah failed to spot an oncoming vehicle but was pushed out of the way by the loan shark.

Despite Sarah threatening to expose him, Gary saved her life which could pose a huge problem for his upcoming wedding to Maria Connor (Samia Longchambon). 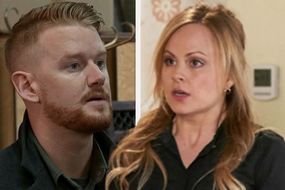 Is Gary still holding a torch for Sarah or is he ready to commit to his fiancée?

“He still loves her. I think he probably always will,” Mikey told Express.co.uk.

“I think everything that he did with Rick, and Rana [Habeeb] (Bhavna Limbachia) with all the roof stuff was to help [Sarah] out, to save her and to protect her.

“I guess he feels hard done by that he's had to do all this and she's off with someone else, he doesn't like that.”

PREV Baggage handler reveals the truth about why bags get damaged - and how to avoid ...
NEXT 'I was turning to drink' One Show host Alex Scott opens up about trolling in ...