PRINCE HARRY lovingly calls his mother-in-law Doria Ragland "mom" as the pair form a close bond, it has emerged.

The Duke of Sussex is said to have become very close with his wife Meghan Markle’s mother after losing his own mother, Princess Diana, at the tender age of 12. Ms Ragland, 63, is said to make him “feel safe” and he describes her as a “guiding light” after his exit from the Royal Family earlier this year.

A royal source told The Daily Express: "Harry has grown so fond of Doria he often greets her jokingly as 'Mom' in a really bad American accent they both laugh at."

Ms Ragland is understood to have moved in with her daughter and son-in-law and their son Archie at their LA home to isolate during the coronavirus pandemic.

Reports say she has been at the Duke and the Duchess of Sussex’s friend Tyler Perry's Beverly Hills mansion since their move to Los Angeles and is caring for baby Archie.

Prince Harry is said to 'feel safe' with Doria around (Image: PA)

She has become a vital part of the household, helping the young parents with their lively one-year-old son Archie, according to sources.

A senior Hollywood studio source who is also a near-neighbour in Beverly Hills, added: "Prince Harry has said jokingly to several people I know that Doria is the one who keeps everyone in the family sane."

But he's serious when he also describes her as a guiding light - and that seems to be the case now more than ever during these troubled times.

Doria is said to have moved in with Meghan Markle and Prince Harry (Image: PA) 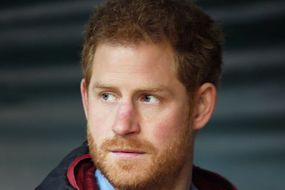 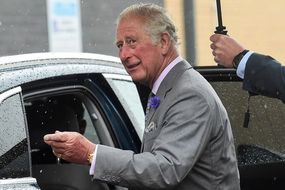