JAY MCGUINESS - The Wanted singer, who won Strictly Come Dancing with professional dancer Aliona Vilani in 2015 - has finally spoken out about sparking an Instagram meltdown, with many believing he'd welcomed a baby.

Strictly Come Dancing's 2015 champion Jay McGuiness, 30, sparked baby speculation in March after he posted a snap of his twin brother, Thomas' newborn holding onto his finger on Instagram page. Now, The Wanted star has looked back on the "funny" moment in an exclusive interview with Express.co.uk.

I think a lot of them were horrified.

Jay caused an online frenzy when he shared a picture of their new addition in his lap, with no mention of who the parents were.

The singer's fans were quick to speculate before he was then forced to confirm he had not become a father.

Four months down the line, Jay divulged: "It was momentarily funny. And my family got a laugh out of it." 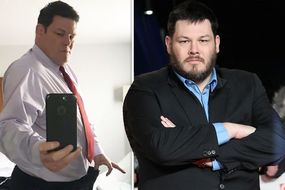 "I think a lot of them were horrified at the idea that I would even have a baby right now," he revealed.

"I guess that comes with [it]. I mean, I probably should know better as anything you post on social media is going to be scrutinised."

Jay, who rose to fame as one fifth of The Wanted, went on to discuss the type of father he wants to be in the future.

"Yeah, everything can be scrutinised. So I should have probably known better than to just post like a baby foot and not say anything," he added.