The popular Adult Swim series is hoped to return within the next year, but could face major delays amid the coronavirus pandemic. During the wait for more Rick and Morty content, a new short has touched on the game-changing theory that the pair are actually one and the same.

Rick and Morty theories: Rick knows which Beth is which 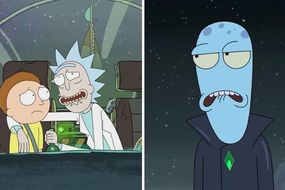 Rick and Morty season 5: Will there be a Solar Opposites crossover?

Co-creators Justin Roiland and Dan Harmon are currently hard at work producing the new season of Rick and Morty.

In the meantime, fans were treated to an exciting new anime short, Rick and Morty vs Genocider, written and directed by Japanese cartoonist Takashi Sano and produced by Deen Digital.

During the anime-styled spin-off, Rick seems to reveal to his grandson that they are actually one and the same when the mad scientist addresses him as ‘Rick Sanchez’.

The pair’s faces are overlapped in the next shot, before Rick turns into a superpowered version of himself and is killed by a fleet of clones.

READ MORE: Rick and Morty season 5: What happened to Squanchy? 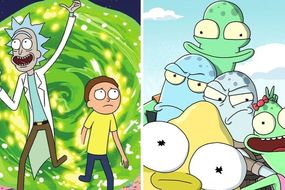 Before dealing with an attack from the Council of Ricks, the inventor gives Morty a formula which will grant him ‘Rip Van Winkle’ powers.

Morty is thus able to sleep for an incredibly long time without dying, and apparently ages into his own grandfather.

In a time-bending twist, the current ‘Rick’ then receives a phone call from Jerry announcing Morty had just been born.