RACHEL RILEY has hit back after facing backlash for taking a swipe at an Arsenal fan based in India when they branded her and fellow Manchester United fans "plastic glory hunters", as the Countdown star insisted she was trying to point out the "irony" of the Twitter user's remark with her retort.

Countdown presenter Rachel Riley, 34, has sparked backlash after aiming a controversial jibe at an Indian Arsenal fan. The star was questioned by Twitter users after she pointed out where the football supporter was from when they argued that Manchester United fans are “plastic glory hunters”.

Man Utd supporter Rachel got onto the subject when she admitted she had become confused about right-back Aaron Wan-Bissaka’s first name.

She wrote in view of her 664,000 Twitter followers during the team’s Europa League match against Copenhagen yesterday: “For an embarrassing amount of this season I’d convinced that Wan Bissaka’s first name was Obi. Just me? #ManUtd.”

The star was then criticised for her error by the Arsenal fan, who replied: “No. Every Man Utd fan is like that. Plastic glory hunter.”

After spotting the comment, Rachel hit back: “Says Arsenal fan in India”, alongside three crying with laughter emojis. 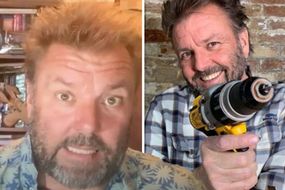 The presenter’s comment prompted outrage from some social media users, who argued that the fan’s nationality shouldn’t have been pointed out in her tweet.

One person wrote: “What’s him being in India got to do with anything? You can be in a different country and still be a real fan you know that?”

Another added: “What's so funny about this? Perhaps I'm being obtuse as you say in not recognising your right to insult someone about where they are from & what team they support. Is it just India & Arsenal you have an issue with or is it all foreign nationals who support English teams?”