3% SEASON 5 is in high demand from fans who fell in love with the futuristic Netflix series. Will there be another series?

3% has proven a massive hit on Netflix and fans have asked for the series to be renewed for a fifth season. The Brazilian series is a dystopian thriller which sees a group of youngsters fight for a more affluent future. Season four landed on Netflix on August 14, 2020, and fans are wondering whether there will be another series.

The first season made its debut in November 2016 and it was renewed for a second season the following month.

Due to its popularity, it was then given the go-ahead for a third season, which was made up of eight episodes and aired in June 2019.

Fans who binged their way through the series have called for a fifth season.

One Twitter user said: "Well done to the cast and crew of 3% you delivered an amazing show that I will never forget I really want a season 5, but you can't have everything in life Congratulations Everyone."

However, fans will be sad to hear season four will be the final season, which means there will be no season five.

Back when the fourth season was announced, the official Netflix Brazil Twitter account said: "Very happy to announce that 3% is going to the fourth and final season and that everyone will be able to follow how this wonderful story ends. 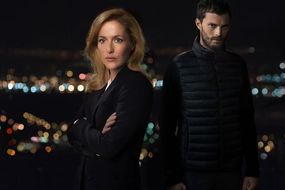 The Fall on Netflix: Was Stella Gibson in love with Paul Spector?

"It's my first original Brazilian series and I'm already thrilled to think about the overthrow of the council!"

The sci-fi series sees a group of individuals take part in tests to decide which of them will make it through to an "Offshore" society.

The series is about class divide as it sees people from an impoverished land fight for a chance to experience a more affluent lifestyle.

The show was popular as it was the first Brazilian Netflix Original to land on the streaming platform.

Dani Libardi, one of the writers of the series, said on Instagram: "I am very happy and proud to be able to tell the end of this story. It's