Oliver (played by Emmanuel and Jeremiah Cheetham) caused great concern for Leanne Battersby (Jane Danson) and Steve McDonald (Simon Gregson) when he started to display worrying symptoms on Coronation Street which indicated something wasn’t quite right. Back in May, the youngster’s parents were told their son had the life-limiting condition, causing heartbreak and leading his mother to believe there was still hope for her child. Upcoming scenes on the ITV soap will see the beloved Weatherfield residents discuss new treatment options which could prolong their time with the toddler. However, tragedy strikes just as things are on the up which could result in his death. 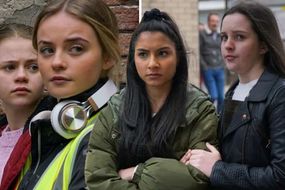 The drama begins next week as Leanne, her partner Nick Tilsley (Ben Price) and Steve make preparations to take the youngster on a holiday to Cornwall.

This leads the toddler’s parents to rush him to the hospital where they face an agonising wait as doctors try to help their child.

Unfortunately, the situation takes an even more concerning turn as the medical professionals tell the boy’s guardians Oliver has had to be put on life-support in intensive care.

This is a heartbreaking blow for all involved, given how optimistic they were being about his new treatment plan.

Coronation Street spoilers: Oliver Battersby is rushed to hospital when he suffers a seizure (Image: ITV) 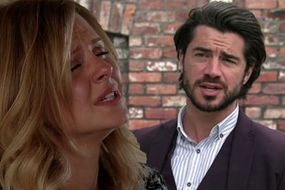 Despite the doctor’s words of warning the parents should prepare themselves for the worst, Leanne is adamant her son will pull through.

However, Nick and Steve aren’t as optimistic, believing they should spend as much time with the toddler as possible.

With the youngster on life-support and given his condition is life-limiting, is this an indicator it won’t be long before he passes away?

It seems Oliver’s death could have been predicted three years ago, just weeks after his mother gave birth to him following a one-night stand with