PRINCESS SOFIA has rejected the idea of ever "doing a Megxit" and leaving senior duties, five years after she married into Sweden's royal family.

Princess Sofia was left speechless when a reporter bluntly asked her whether she wanted to follow Meghan Markle and Prince Harry's lead. The uncomfortable conversation took place during an interview in a documentary about her life commissioned by Swedish TV channel TV4.

Despite appearing stunned by the comparison with Meghan and Harry, the princess eventually answered: “No. Not really.

"I think I have found such a fantastic balance, and I really see it as positive that I have made it through these stormy years.

"It is such a huge advantage, in that we have the opportunity to stand a little in both worlds."

Princess Sofia worked as a glamour model in her early 20s.

Princess Sofia was asked if she intends to 'do a Megxit' (Image: GETTY)

In the mid-2000s, the now-royal also took part in a reality show, Paradise Hotel, and even made it to the final.

Sofia moved to New York in 2005 where she studied accounting, specialising in business development.

She has also studied global ethics, child and youth science and children's communication.

While in the US, Princess Sofia became a certified yoga instructor.

Princess Sofia and Prince Carl Philip on their wedding day in 2015 (Image: GETTY) 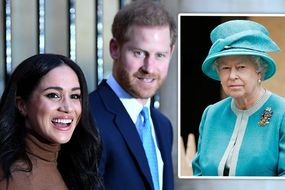 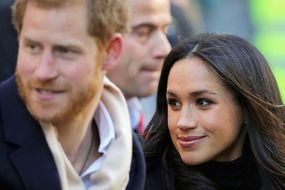 Rumours of a relationship between the former model and Prince Carl Philip were confirmed by the Swedish royal palace in July 2010.

Five years later, the pair married and Sofia was given the title of princess.

Her two children, Prince Alexander, Duke of Södermanland and Prince Gabriel, Duke of Dalarna, are respectively fifth and sixth in the line of succession to the Swedish throne.

Princess Sofia, who was interviewed before the coronavirus pandemic swept over the world, didn't belittle the issues she faced since joining the Royal Family.