BORIS JOHNSON is taking a massive gamble by setting an October 15 deadline for the completion of a trade deal with the EU, pollster Sir John Curtice has warned, suggesting the Prime Minister will only know if he was right after December 31.

Mr Johnson yesterday told the bloc he was ready to pull the UK out of trade talks and "move on to the next phase" if an agreement was not struck by the middle of next month. The UK is also poised to introduce legislation which would override parts of the Northern Ireland protocol, according to widespread reports, in a move which would enrage Brussels.

Sir John, professor of politics at the University of Strathclyde, told Express.co.uk it was not yet entirely clear what the Government was planning in terms of the protocol, which critics fear would leave the UK subject to some EU rules and regulations after the end of the transition period.

He said: "One thing we do know is we are going to have an Internal Market Bill on Wednesday.

"We know it is going to cause a row with the Scottish Government and the Welsh Government, both of whom are deeply unhappy about the Bill.

"We are then waiting to see what it is saying about Northern Ireland.

"It is no secret that the two sides in the so-called joint committee have been arguing about exactly how tough the regime should be.

"The UK Government is clearly going for minimal requirements and the EU is going for more and that is something that has not been resolved." 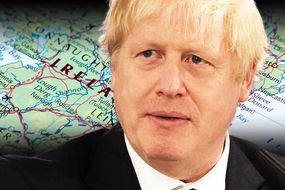 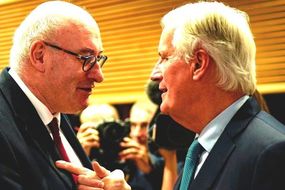 In respect of the Government's strategy, he added: "Presumably we have reached a point where the UK Government well we are going to have to legislate and so we had better legislate for something that caters for what we hope is going to

#BREAKING: Princess Eugenie and husband Jack Brooksbank are expecting their ...