The Beatles collected a huge amount of music and songs over the years they were active. While the fab four from Liverpool managed to write songs in their bedrooms, recording studios, and other illustrious places, they also attempted to transcend to higher levels of consciousness by visiting India and exploring a spiritual connection. 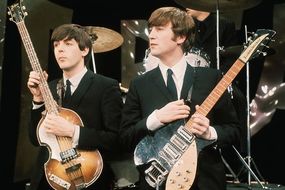 During the band's visit to India, they were entranced by Maharishi Mahesh Yogi, who taught them the ways of meditation.

This method of meditation allowed them to look deeper within themselves, and potentially create new music.

It is just after this trip that the band created The White Album - one of their best known works.

However, one of the songs was written by George Harrison, and includes a unique story behind how it came into being.

The Beatles: George Harrison worked hard on a number of songs (Image: GETTY) 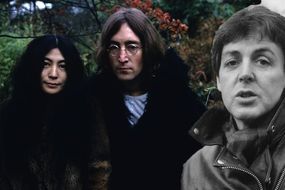 The Beatles: John Lennon drops TRUTH behind Ballad of John and Yoko

While My Guitar Gently Weeps tells the delicate story of a man staring at his guitar whilst being forlorn over a lost love.

Speaking out in Anthology, Harrison explained how he was thinking about the Chinese concept of fate.

During this reflection, he managed to drum up enough inspiration to create a new song.

Harrison explained: "I wrote ‘While My Guitar Gently Weeps’ at my mother’s house in Warrington.

The Beatles: Harrison's biggest song, While My Guitar Gently Weeps, has a deep backstory (Image: GETTY)

"I was thinking about the Chinese I Ching, the Book of Changes… The Eastern concept