DARK season 3 saw the Knot finally broken with the characters freed from their infinite loop. But one question some fans of the series have is about Bartosz Tiedemann and whether he's still alive in the Origin World.

Netflix series Dark reached its climax this year when the third and final instalment of the German sci-fi thriller arrived on the streaming platform. The last run answered many questions and offered a resolution of sorts. Nonetheless there were still questions left open by the final scene of the show, particularly about the fate of many of the characters.

{%=o.title%}
Is Bartosz Tiedemann still alive in the Origin World?

In the final scene of Dark, a group of characters were sat around a dinner table in the middle of a storm.

Hannah was revealed to be pregnant and was considering naming the child Jonas, suggesting some form of the character (Louis Hofmann) could be exist in the Origin World.

There was also the impression Martha Nielsen (Lisa Vicari) could be alive and was simply not present at the dinner. 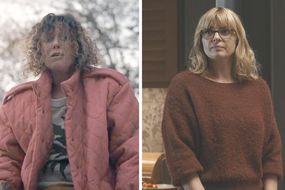 Similarly, Bartosz Tiedemann (Paul Lux) may also have been alive and not invited to the meal.

Out of all the teenage characters, Bartosz seemed the most likely to have existed in the Origin World because he wasn’t a product of time travel.

Both his mother and father seemed to be outside of the events which governed the Knot.

Instead, his mother Regina was very much alive and well while his father Aleksander Tiedemann (Peter Benedict) arrived in Winden under mysterious circumstances and was hiding his true identity which was Boris Niewald.