THE DUCHESS season 2 could be on the cards as fans have enjoyed seeing Katherine Ryan in the debut series. Will there be another series of The Duchess?

The Duchess season two could still land on Netflix following the success of the first season. The series made its debut on the streaming platform on September 11 and it has already provided plenty of laughs. Express.co.uk has everything you need to know about whether there will be another series of The Duchess.

{%=o.title%}
Will there be a season two of The Duchess?

The Duchess is a new comedy series created by comedian Katherine Ryan, and it is based on her real experiences living in London.

The six-episode season has only just landed on the streaming platform but fans have already enjoyed watching the main character, named after Ryan herself, trying to juggle life as a single mum.

The series sees Katherine trying to raise her young daughter, as well as navigate life with her boyfriend and deciding whether to have a baby with her ex.

As the first season has only just arrived, it is too early to say whether a second season will go ahead.

If the series is renewed, it is hoped a second season will air towards the end of 2021. 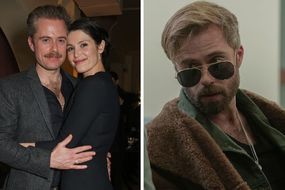 The Duchess cast: Who plays Katherine's ex-boyfriend Shep?
Who will be in the cast of The Duchess season 2?

Ryan will of course reprise her role as Katherine if the series does get a renewal.

Fans will expect some sort of time jump as the series is set in the present day, so there may be a different actress playing an older version of Katherine's daughter, Olive.

In the first season, Olive is played by Katy Bryne, and there is still a chance she will pick up her role again.

Katherine's best friend Bev may also return for a second season, and she is played by Michelle de Swarte.