Lucifer actors Lesley-Ann Brandt, who plays Mazikeen, and Kevin Alejandro, who stars as Dan Espinoza, have teamed up for a raunchy new short film called Adult Night. The pair walked away with three comedy awards for the project after reuniting away from their roles on the supernatural Netflix series.

Lucifer star Tom Ellis reveals if he would join Doctor Who 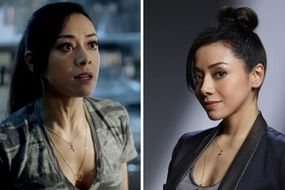 In the short film, the co-stars play a couple whose attempts to spice up their marriage don’t exactly go to plan.

Not only did the Lucifer stars perform in the film they also directed and produced it together. 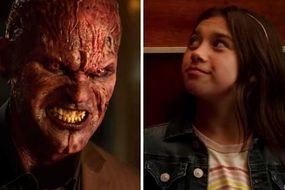 Kevin explained: “It was a story written by a close friend.

“Lesley-Ann and I just have really crazy chemistry when it comes to working together and we love working with each other.

“We just feel really safe in that world together, and it was just an opportunity for us to just join in a different playground and try something.

“A lot of people, particularly our new Lucifer fans, really only know us through those characters.

Lucifer: Detective Dan and Maze reunited away from the Netflix drama (Image: GETTY)

“So it was an opportunity for us to jump out of what they know us as,” he

PREV Everything we know about #AwayNetflix season 2
NEXT Adele weight loss: How singer slimmed down by 7st following simple diet plan