GOOD GIRLS is on Netflix now and fans of the series are wondering what happened to one of the characters from season 1. What happened to Sara Paxton as Amber Dooley?

Good Girls has just been renewed for season four on Netflix and fans are keen to find out what happens between Beth Boland (played by Christina Hendricks) and her ex-husband Dean (Matthew Lillard). Dean was known to have been in a relationship with his secretary Amber Dooley (Sara Paxton). Fans want to know what happened to Paxton as Amber Dooley.

{%=o.title%}
What happened to Sara Paxton as Amber Dooley in Good Girls?

Amber Dooley was only a minor character in Good Girls, but she is one of the main reasons why Beth and Dean's relationship is so turbulent.

Amber was Dean's former secretary and he was caught out by Beth having an affair with her.

In order to encourage her to leave town, Beth gave Amber money and she moved to LA to pursue an acting career.

However, when she realised she was not having much luck in the world of acting, she moved back to Michigan and started a job at the Eastern Michigan Auto Auction.

Amber and Dean began their affair shortly after she joined his business - Boland Motors. She had helped him create a commercial for the business and Dean told her she could be an award-winning actress.

READ MORE: Good Girls season 4: Will Beth go through with her hit on Rio? 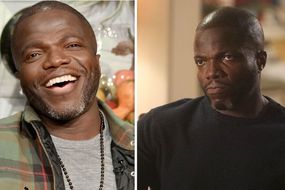 Dean ended up developing feelings for Amber, which caused problems when it came to his relationship with Beth.

Things were made worse when Amber returned to town after just six months in LA, and Beth found out about her new job at the car auction.

Amber refused to co-operate with Beth and sell her cars, as she said she had developed a hatred for Dean. As a friend, Beth explained the cars would be for her, not Dean, as she had taken over Dean's business.

Her last physical appearance was in Everything Must Go in season two, and from then on she was only mentioned in the episode Take Off Your Pants. She did not feature at all in season three.

Beth and Dean had agreed to trade roles, with the car salesman becoming a stay-at-home dad, so he would not see more of Amber.