DARK season 3 answered many questions fans of the German horror sci-fi series had - but plot point which remains a mystery is the fate of Ulrich Nielsen and whether he's live in the Origin World.

Netflix series Dark is at an end now with the story wrapped up for good. The show proved to be one of the most intense viewing experiences for audiences who dared to become immersed in the world of Winden. Nonetheless, some fans are very curious about the fate of many of the characters including Ulrich Nielsen (played by Oliver Masucci).

{%=o.title%}
Is Ulrich Nielsen alive in the Origin World?

WARNING: This article contains major spoilers from Dark on Netflix

Ulrich proved to be a conflicting character from the start due to his infidelity with Hannah Kahnwald (Maja Schöne).

The pair were in a sexually charged affair despite both being married to other people with children.

Therefore, when Ulrich ended up getting stuck in the past, there was little sympathy for him due to his cheating ways.

READ MORE: Dark season 3 explained: How did Claudia know about the Origin World?

Dark season 3: Ulrich Nielsen may have survived in the Origin World (Image: Netflix) 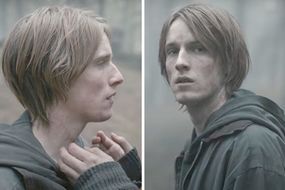 Dark season 3 explained: Is Jonas alive in the Origin World?

Interestingly, season three saw the introduction of the Knot – a parallel or mirror world in which things played out in a similar manner to the first dimension which viewers were familiar with from the first two series.

Once again, Ulrich was cheating in this second world although this time it seemed to be a step further.

Ulrich had divorced Katharina and was now married to Hannah with the couple expecting a baby.

But he was now having an affair with his colleague and police officer Charlotte Doppler (Karoline Eichhorn) with Hannah realising the truth.

After the Knot was destroyed by Jonas Kahnwald (Louis Hofmann) and Martha Nielsen (Lisa Vicari), all the characters within it also ceased to exist, including the two version of Ulrich.