RANVIR SINGH - who is a presenter on Good Morning Britain - has confirmed she has split from her husband Ranjeet Singh Dehal before appearing on Strictly Come Dancing 2020 for the first time, as the star opened up about her "struggles" as a single parent.

Good Morning Britain presenter Ranvir Singh, 43, has confirmed her split from her husband Ranjeet Singh Dehal, who she shares her eight-year-old son Tushaan with. The star opened up about her separation from her ex for the first time before she is set to make her debut on Strictly Come Dancing 2020.

The ITV host's representative told Express.co.uk that Ranvir and her other half split "many years ago", but she had previously kept the former couple’s split private.

However, she has now spoken about her experiences as a single mum.

She admitted: “It's hard work being a working single parent.

"I struggle with an enormous amount of guilt with my son and not being there when he goes to school.

"We're very attached to one another because it's just me and him.” 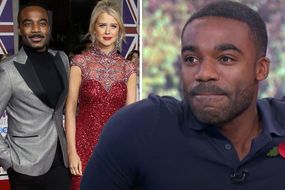 Ranvir went on to explain she gets concerned about how much time she has to spend away from her son due to her busy work schedule.

The star is currently juggling rehearsals for the BBC dance competition and her hosting duties on GMB.

The Strictly contestant added: “I do get quite tearful sometimes and I worry he's going to hate me when he grows up because I was never there.

"I'm hoping in a few years when he goes to secondary school I'll be able to make more selective decisions about work, so I can be there for him more,” she

PREV #TheOneShow viewers distracted as they spot BBC blunder 'Sort it out!'
NEXT Adele weight loss: How singer slimmed down by 7st following simple diet plan