THE FALL season 4 could be on the cards with fans wondering what the future holds for the drama following the release of the first three seasons on Netflix. Is The Fall coming back?

The Fall season four would definitely be welcomed by fans following the success of the first three outings on Netflix. The eerie crime drama series follows serial killer Paul Spector (played by Jamie Dornan), known as The Belfast Strangler, and how he is pursued by detective Stella Gibson (Gillian Anderson). There have been hints the series may return in the future.

The Fall originally aired on BBC Two back in 2013 and it went down a treat with fans of psychological thrillers and crime dramas.

Due to its popularity, Netflix picked up all three seasons, and the series has gained even more traction.

But sadly during filming for season three, the series was cancelled, even with actress Anderson believing it could go on for another season.

With the creators feeling the story had been wrapped up, there has been no news of a season four yet.

However, series creator Allan Cubitt did say back in 2016 there could be a fourth season, albeit it would not be released straight away. 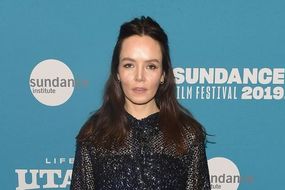 The Fall cast: Who played Rose Stagg in The Fall?

He also revealed Dornan would not feature in a fourth season as the notorious killer Spector, due to his storyline in series three.

However, he did tell Digital Spy: "But that's not to say that we wouldn't do more of The Fall."

Cubitt said at the end of season three he had other projects in mind, but The Fall was still there in the background.

He said: "I do have some thoughts," so fans may be surprised to see another instalment of the series eventually.

There is no indication of a release date for season four just yet, but with the success of the series on Netflix in mind, it will hopefully be in the near future.

Cubitt spoke to BBC NI about the success of the series, he said: "You can't predict that people are going to enjoy a show