THE LAST KINGDOM is a popular series based on Anglo-Saxon history, inspired by The Saxon Stories by Bernard Cornwell. Who was the real Uhtred of Bebbanburg married to?

The Last Kingdom is on Netflix now and the popular historical drama series has been renewed for season five. The story follows Uhtred of Bebbanburg (played by Alexander Dreymon), who was born a Saxon but was raised by Danes after his father was killed in battle. Fans are keen to find out more about the real life Uhtred and, in particular, whom he was married to.

{%=o.title%}
Who was the real Uhtred of Bebbanburg married to?

Fans will know Uhtred has had a number of wives and lovers throughout the series, but he has not had much luck when it comes to maintaining relationships.

In the series, he was first married to Mildrith (Amy Wren), a Christian who took a while to come to terms with Uhtred's pagan beliefs.

They had a son together but he died, and Uhtred left Mildrith to be with his second wife Gisela (Peri Baumeister).

Uhtred was deeply in love with Gisela and they had a number of children together, but she died in childbirth.

Then Uhtred went on to have a number of lovers, including the witch Skade (Thea Sofie Loch Naess) and more recently the Lady of Mercia Aethelflaed (Millie Brady). There was also Iseult (Charlie Murphy) who was beheaded by Skorpa (Jonas Malmsjö) during a battle.

In the books, Uhtred goes on to marry newcomer Eadith (Stefanie Martini) from season four, much to the disappointment of fans who were hoping she would form a relationship with Uhtred's friend, Finan (Mark Rowley).

READ MORE: Last Kingdom: How did the cast feel about losing Ian Hart as Beocca?

The Last Kingdom: Uhtred married Gisela and was in a relationship with Brida (Image: Netflix) 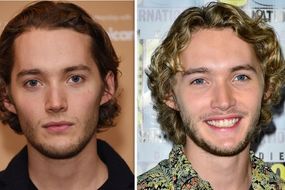 Toby Regbo girlfriend: Who is Toby Regbo from The Last Kingdom dating?

While Uhtred and some of the other characters from the series are based on real historical figures, the real Uhtred's wives were not featured.

The real Uhtred the Bold's first wife was Ecgfrida - the daughter of Aldun - a bishop who founded a cathedral in Durham - in the year 995.

By marrying Ecgfrida he claimed a number of different estates that had belonged to the church.

Later in 1006, Uhtred married again following his triumph during an invasion by Malcolm II of Scotland in Northumbria.

The Danes had been raising the south of England and the King at the time, Ethelred, was unable to send help, so Uhtred stepped in.

He called in fighters from Bernicia and Yorkshire and defeated the Scots, and he was rewarded for his efforts.