THE BEATLES dominated the music scene of the 1960s - but did it really have a rivalry with their rock'n'roll colleagues, The Rolling Stones?

The Beatles paved the way for many new bands to make music in the 1960s. They showed their musical cohort what it meant to write music, push boundaries and experiment. However, another band grew up in the same era, and for many years were considered their main rival - but was there really a rivalry between The Rolling Stones and The Beatles?

According to expert Paul Endacott, the founder of Music Heritage London, this rivalry was something created for publicity rather than it being the truth. And, in fact, the two bands helped each other in many ways throughout their early years.

Speaking exclusively to Express.co.uk, Paul said: “I think there's a bit of a misnomer... a lot of people think The Beatles and The Stones were rivals.”

According to Paul, the bands were actually close and would often borrow each other’s drummers, bass players or other instrumentalists while they were coming up.

However, on one particular night, the bands’ friendship was evident when they went to watch each other’s music.

Rolling Stones and The Beatles - were they really rivals? (Image: Getty) 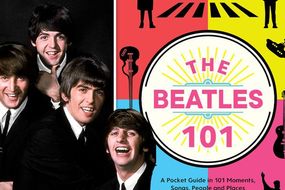 Paul continued: “Giorgio [Gomelsky, the Rolling Stones’ manager] knew that Brian Epstein and The Beatles were playing at Teddington Studios on an ABC television programme called Thank Your Lucky Stars on April 14. So we went across to Teddington…

“He had a chat to Brian about other things because they were working together on other developments and other music, and he said, ‘Oh, by the way, my new group called The Rolling Stones are playing in Richmond tonight - why don't you bring your boys, The Beatles over and have a listen?’

“And they did. And that night on April 14, 1963, The Beatles… stayed for the evening, listened to The Stones, who at the time were playing blues covers, by which time The Beatles were writing their own stuff.

PREV Season 2 of #TheMandolorian is finally out - but why is there only one episode?
NEXT Nadal stuns Djokovic in French Open final to equal Federer's record mogaznewsen