After over a decade on screens, popular zombie thriller The Walking Dead is finally coming to an end. Although AMC’s flagship series is coming to a close to make way for even more spin-off series, producer Scott M. Gimple has confessed he’ll still be sad to see it go.

Walking Dead season 10, episode 17 release date: When will it air? 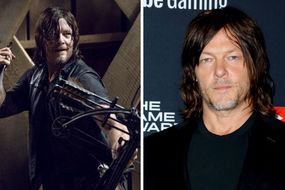 The Walking Dead is coming to an end after next year’s eleventh season, but the story is far from over.

Producer Scott M. Gimple, who served as showrunner from seasons 4-8, confirmed a number of TWD projects are in the works alongside current series Fear the Walking Dead and World Beyond.

Rick Grimes (played by Andrew Lincoln) is eventually set to return in a trilogy of films, whilst popular survivors Daryl (Norman Reedus) and Carol (Melissa McBride) are also set to star in their own series.

However, this doesn’t mean it won’t be sad to see the show that started it all reach its climactic final chapter.

The Walking Dead: Scott M. Gimple has worked on the show for over ten years (Image: Getty Images) 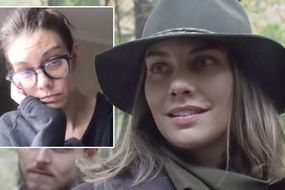 After finally defeating the Whisperers, Daryl and the gang are set to return for an additional six episodes added to season ten in the wake of coronavirus delays.

Beyond that, TWD is set to finally wrap up its adaptation of Robert Kirkman’s original comic book series with an eleventh run next year.

Speaking to the Hollywood Reporter, Scott M. Gimple confirmed the decision was ultimately down to the network rather than himself or current showrunner, Angela Kang.

He explained: “This came out of conversations with AMC and ultimately they made this call, obviously. And so Angela Kang and I, thinking about it was … I don't know, it's incredibly heavy.”

The Walking Dead: Rick Grimes will return in a trilogy of films (Image: AMC)

The Walking Dead: The Whisperer war came to a brutal end (Image: AMC)