THE QUEEN and Prince Philip became used to spending time apart following the Duke's retirement from public life in 2017. But the COVID-19 pandemic has meant the royal couple have been together for a large part of this year, which one royal commentator has claimed will have been "a great bonus" for the couple.

Queen Elizabeth II, 94 and Prince Philip, 99, will celebrate their 73rd wedding anniversary on Friday. In recent years the royal couple have marked the milestone apart as the Duke of Edinburgh has been based mainly at Wood Farm in Sandringham since his retirement in 2017. However, this year the couple will mark their anniversary together as they spend the second lockdown at Windsor Castle.

Prince Philip and the Queen reunited at Windsor Castle as England entered a second national lockdown earlier this month.

The couple are back at the same royal residence where they spent the first lockdown and are expected to remain there until December 2.

Following the Duke's retirement from public life in 2017, he chose to be mainly based at Wood Farm on the Sandringham estate where he is understood to live a quiet life away from the royal bubble.

The Queen continued her work at Buckingham Palace and would reunite with Philip for special occasions and during the holidays.

Queen and Prince Philip's time together has been 'bonus' amid 'a year of turmoil' - expert (Image: PA)

Queen and Prince Philip: Their relationship is described as a 'great royal romance' (Image: GETTY) 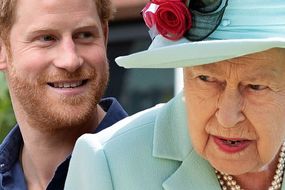 However, this year the coronavirus pandemic has dramatically altered how the couple lives and they have been back together for most of it.

Ahead of their anniversary, one royal commentator has described the couple's relationship as "one of the great royal romances" and claimed they will have been glad of one another's company during a year of turmoil.

Reflecting on the Queen and Philip's upcoming anniversary royal commentator Richard Fitzwilliams told Express.co.uk: "The relationship between the Queen and Prince Philip is one of the great royal romances.

"On Friday they celebrate their 73rd wedding anniversary."

Queen and Prince Philip: They are