VERNON KAY has been spotted wearing a fancy-looking ring on I'm A Celebrity...Get Me Out of Here! 2020, that has a really special meaning and story behind it involving wife Tess Daly

Vernon Kay’s shiny horseshoe ring has not gone unnoticed by I’m A Celebrity... Get Me Out Of Here! 2020 fans, as he proudly continues to wear the band throughout his appearance. The 46-year-old television star - who is married to Strictly Come Dancing presenter Tess Daly - has also revealed that there is a touching backstory behind the eye-catching piece of jewellery. 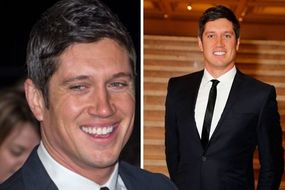 Vernon Kay height: How tall is the I'm a Celebrity contestant? 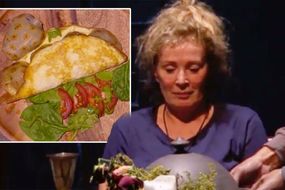 Vernon has been married to Tess for over 17 years and it was actually his wife that decided upon the touching gesture.

Speaking to Now Magazine in 2010, the star - who is a huge Elvis Presley fan - revealed that his wife decided to revamp his ring and add an extra touch of glamour.

The dad of two explained that he was in disbelief when Tess decided to have his old ring made in white gold and encrusted with diamonds for their wedding anniversary.

Vernon went on to praise the touching gesture, saying it was “the most romantic thing” that Tess had ever done.

READ MORE: I'm A Celebrity salaries: How much are the stars paid?

Vernon Kay reveals that his wife gifted him a gorgeous ring with a special significance (Image: ITV/GETTY) 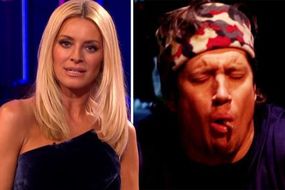 "The most romantic thing Tess has done for me was for our wedding anniversary," Vernon said to the publication.

"I'm a huge Elvis Presley fan and when he first signed his record deal he bought himself a pinky ring with a lucky horseshoe on it.