She has a dramatic showdown with Meryl Streep in the second season of Big Little Lies, dramatically slapping her on-screen grandmother across the face.

And on Monday, Nicole Kidman revealed the very unusual way she practised for the tense scene with her co-star.

During an interview with WSFM's Jonesy & Amanda, Nicole said she got her very own mother Janelle to rehearse the slap scene with her. 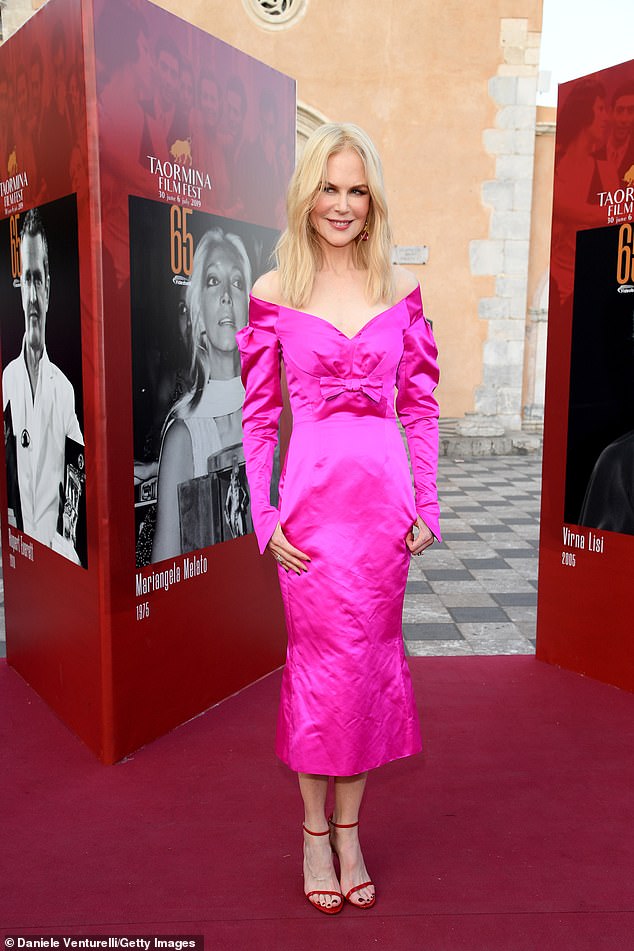 Host Brandon Jones asked the accomplished actress how she prepared for the scene.

'When you go to acting class do you learn how to slap each other?' he queried.

'You do actually. I was really worried about it, so I practiced on my mum,' Nicole said.

Explaining that her mother was 'into it', Nicole said the pair would practice the 'stunt slap' to ensure nothing went wrong during filming.

'She would stand there. And we had another person watching. And I was like, "does that look real?"' she said. 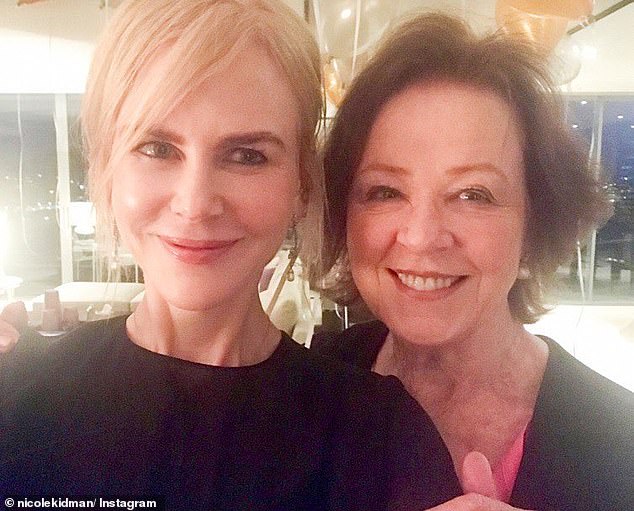 'My mum was into it. We had a small gathering at my house. And I was like come on mum, stand up, we have to practice,' the Oscar winner said. Pictured here with her mother, Janelle

The Australian actress admitted the pair even practiced in front of a group of friends during a gathering at her house.

'My mum was into it. We had a small gathering at my house. And I was like come on mum, stand up, we have to practice,' she explained.

Nicole, who plays Celeste on the show, slaps Meryl Streep in the fourth episode