Tom Hanks gives shout-out to his 'five kids' during his emotional Golden Globes acceptance speech... even though he only has four

Tom Hanks only increased his image as one of the nicest men in Hollywood when he was honored with the Cecil B. DeMille Award at Sunday night's Golden Globe Awards.

During his acceptance speech, he fought back tears as he praised his family, giving thanks to his wife and 'five kids.'

And while it turns out he really only has four children, a source told People that the actor likes to include his son Colin's wife, Samantha Bryant, as his second daughter.

Scroll down to videos 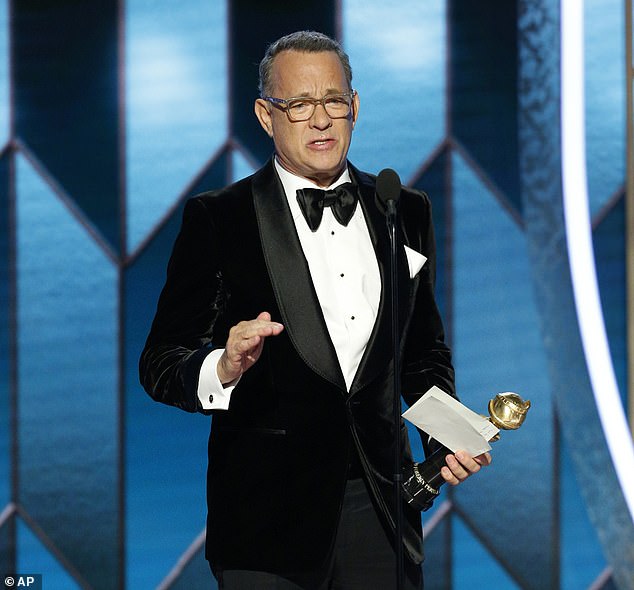 Emotional: Tom Hanks fought back tears during his speech after being honored with the Cecil B. DeMille Award at the Golden Globes on Sunday

After praising the stars in the audience and apologizing for being under the weather with a cold, Hanks choked up with emotion when turned his attention to his family sitting near the front of the stage.

'I'm sorry,' he said while taking a moment to gather himself.

'A man is blessed with a family sitting down front like that. A wife who is fantastic in every way, who has taught me what love is. Five kids who are braver and stronger and wiser than their old man is.'

It was at that point that camera zeroed in on his wife Rita Wilson, who also had misty eyes. 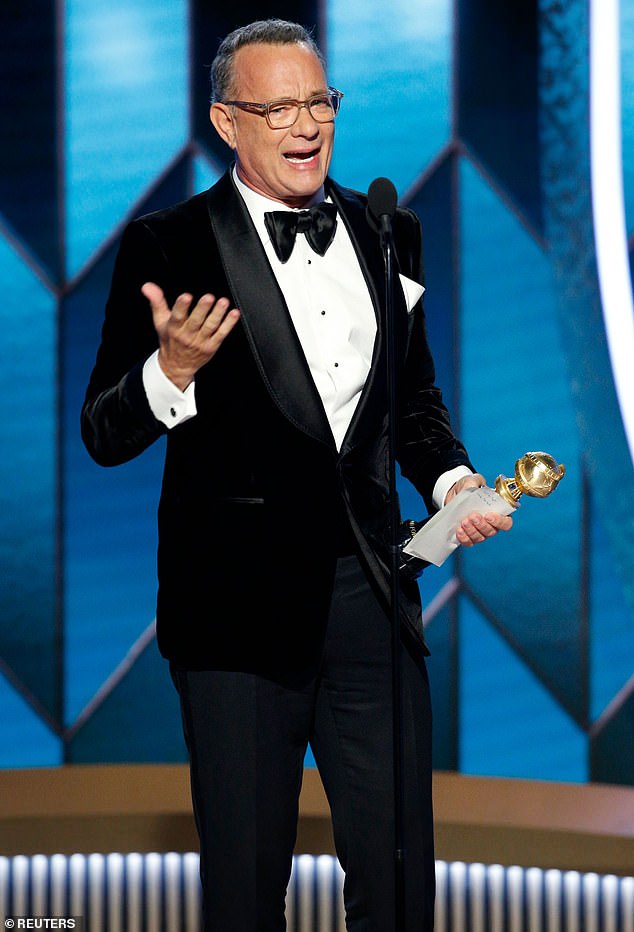 Touching: The legendary actor first gave praise to his family for allowing him 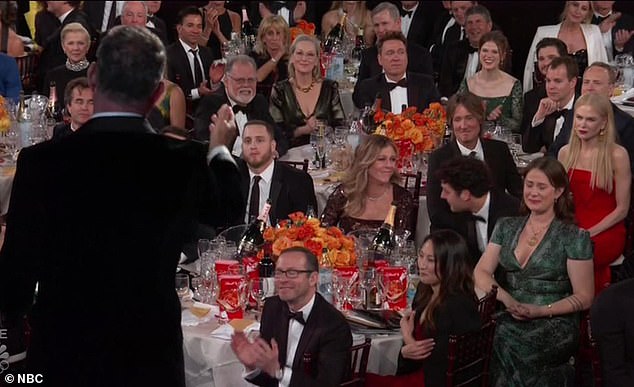 Five children explained:  The Forrest Gump star, 63, singled out his wife and five children, even though he has

PREV Iggy Azalea reveals she's raised $100,000 for bushfire relief
NEXT Sofia Richie and Scott Disick bundle up for some shopping in Aspen