Skye Wheatley throws a VERY Instagram-worthy first birthday party for her son Forest... after admitting she 'feels guilty' posting about her life amid Australia's bushfire crisis

The former Big Brother star, who on Sunday went offline because she 'felt guilty posting amid Australia's bushfire crisis', was back to her old tricks on Monday when she uploaded a YouTube video of Forest's birthday bash.

In the video, Skye is seen driving with her boyfriend Lachlan and their son to the shops to buy party supplies. 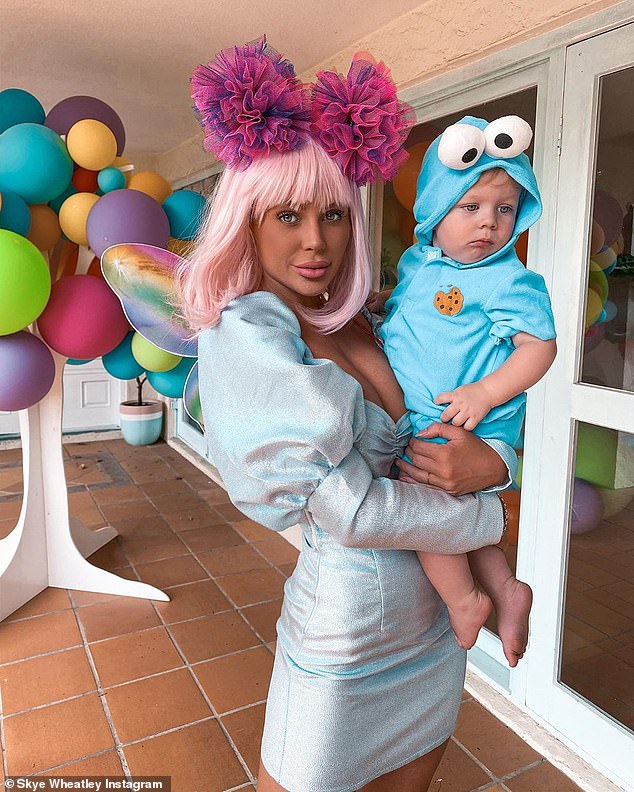 Back to work? Social media star Skye Wheatley, 25, shared a video of her son's stylish first birthday bash on Monday, one day after saying she's going offline because she 'feels guilty' posting about her life amid Australia's bushfire crisis

The trio then returned home and set up the decorations, which included a large 'ONE' table display with hundreds of balloons surrounding the letters.

Also visible were two large tree cutouts along the side of the table and a cake decorated with the face of Sesame Street character Elmo.

Taking to Instagram on Monday, Skye also shared several photo of herselfs dressed to the nines while cradling Forest at the party. 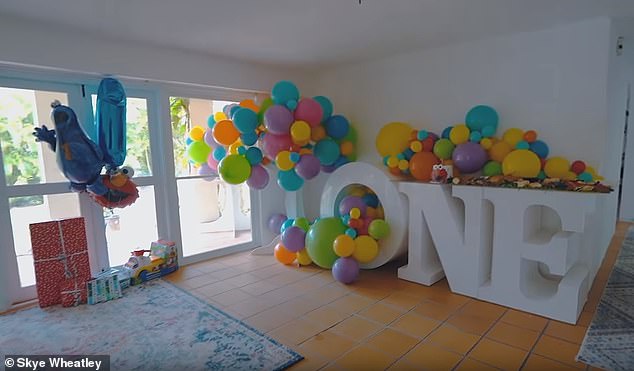 Design: Decorations for the party included a large 'ONE' table display

PREV Natalie Roser shows off figure in a G-string bikini as she packs on PDA with ...
NEXT Sofia Richie and Scott Disick bundle up for some shopping in Aspen