The former X Factor: Celebrity winner has been hinting that she may be releasing some new music in 2020.

And on Monday, Megan McKenna, 27, made an appearance at The British Takeaway Awards at The Savoy Hotel in London, looking glamorous as ever in a metallic gown.

The former TOWIE star went for a kimono-style dress to attend the star-studded event, hosted by Jimmy Carr in association with Just Eat. 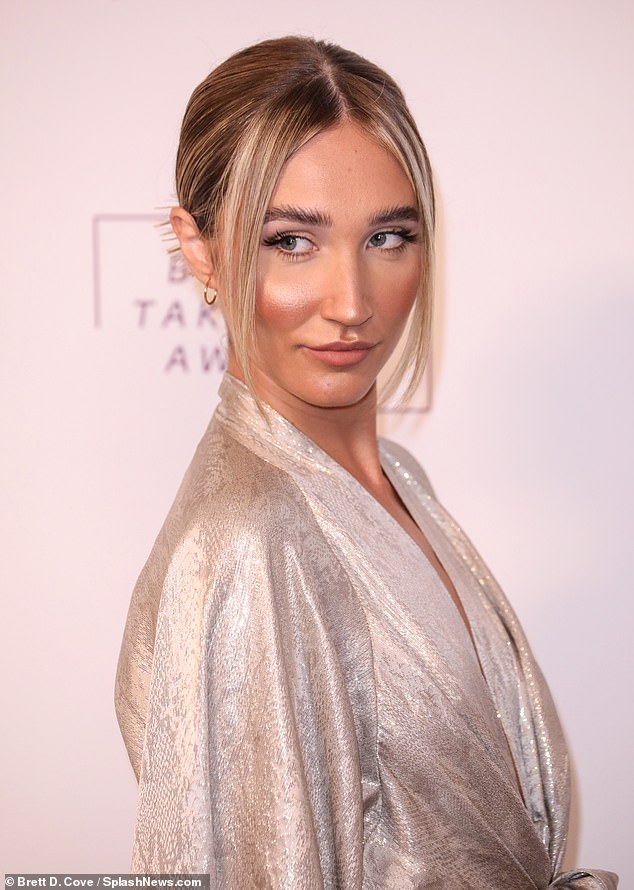 Partial to a takeaway: Megan McKenna, 27, made an appearance at The British Takeaway Awards at The Savoy Hotel in London on Monday, looking glamorous as ever in a metallic gown

Wearing her hair in a slicked back bun with a face-framing fringe, the singer and reality star went for a golden toned Beauty look.

She wore a strong highlight, rosy nude lips and a feathered eyebrow look to complete the simple but chic outfit.

The awards celebrate culinary prowess and customer service and also reward businesses who do their part for sustainability. 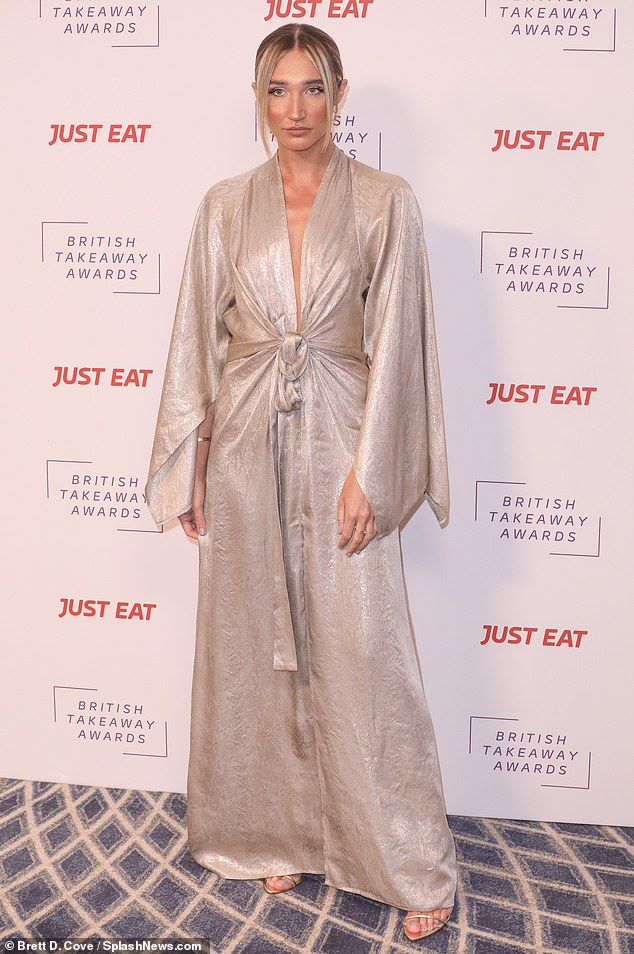 Tastiest night of the year: The British Takeaway Awards often attracted a large crowd of celebs looking to enjoy a night of the best food on offer 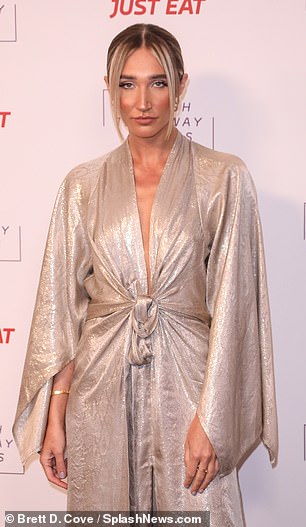 PREV They're back! The Pussycat Dolls set to perform gig live on Sydney Harbour for ...
NEXT Celebs Go Dating's Amy Hart and Amy Childs film in the Dominican Republic