Revealed: The BIZARRE character traits of Married At First Sight producers - as cast member Jonethen says they're 'clingy' and competitive with each other Have you worked behind the scenes on MAFS? Email [email protected]

Married At First Sight producers are an odd bunch, apparently.

According to Jonethen Musulin, who is paired with Connie Crayden on Nine's social experiment, the production team gets 'clingy' and 'protective' with certain couples.

They also have a competitive streak, which has raised more than a few eyebrows among the cast members. 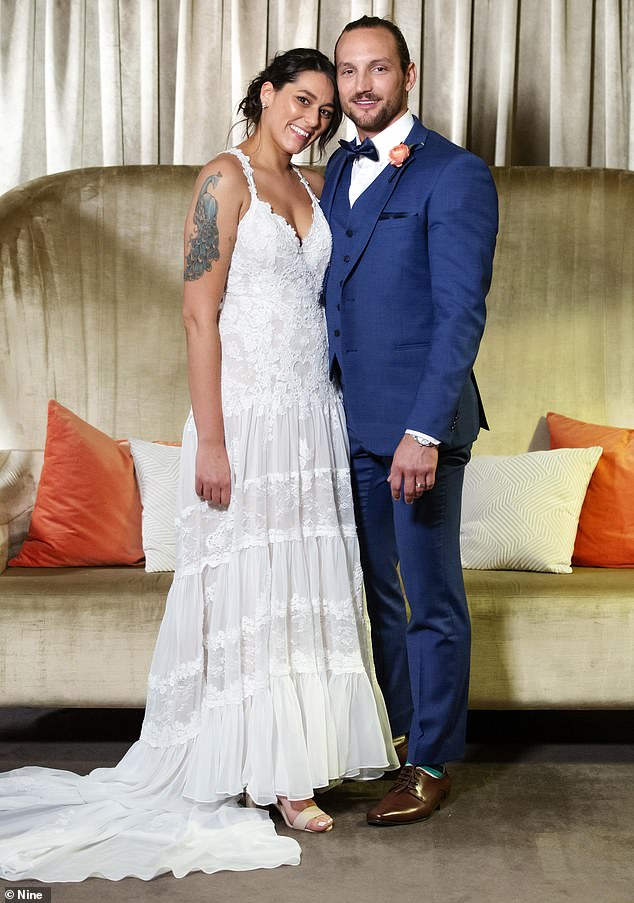 Oddballs: Married At First Sight's Jonethen Musulin (right, with Connie Crayden) has revealed that the show's producers can be 'clingy' and 'protective' with certain couples

Jonethen, 27, made the surprising admission during an interview with Hit 105's Stav, Abby and Matt on Wednesday morning.