Tim McGraw has signed-on to return to Big Machine Records, where the country music star previously had a successful run of three hit albums during his first stint with the company beginning in 2012.

'I am so proud to welcome Tim McGraw back home to Big Machine Records,' CEO/president and founder Scott Borchetta told Billboard on Friday.

'We can't wait to jump back into the mix with Tim and his great team and get his incredible new music out to the world.' 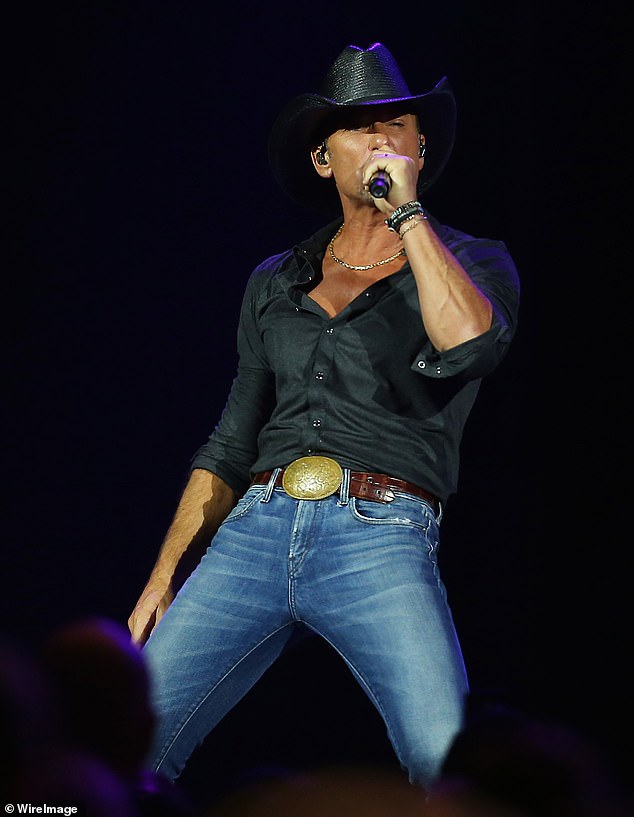 Back to the future: Tim McGraw is returning to Big Machine Records

The big news of his switch back to Big Machine was made during a surprise appearance at a Country Radio Seminar luncheon hosted by the label group on Friday in Nashville, Tennessee, as reported by Variety.

'Uh, Tim, I missed you!' a smiling Borchetta announced as McGraw came from behind a curtain, which the Grammy winner quickly shot back, 'I messed you too, obviously.'

McGraw, 52, got a bit sentimental when describing his relationship with Borchetta.

'I mean, Scott and I go back a long way. We go back 25 years in this business,' he explained.

'His dad signed me to Curb Records a long time ago, so I have a special place in my heart for the Borchetta family. So it's good to be back with Scott. I know we've got a lot of work to do, and we can do that work.' 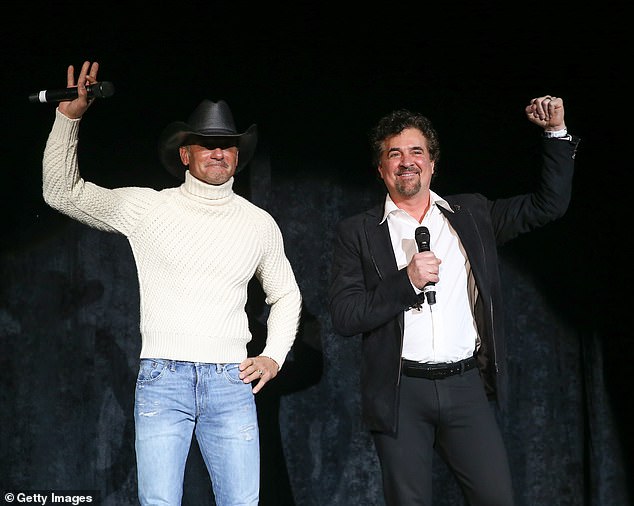 PREV Married At First Sight's Amanda Micallef and Vanessa Romito skit about ...
NEXT Hugh Jackman dons a face mask while riding his bike in New York City amid ...