Channel Seven has announced that Andy Lee will be joining AFL talk show, The Front Bar.

According to TV Blackbox, the comedian 38, will host comedy segments throughout the football season and will also occasionally join the panel as a guest.

The Front Bar confirmed the news on Saturday with a hilarious video on their official Instagram page. 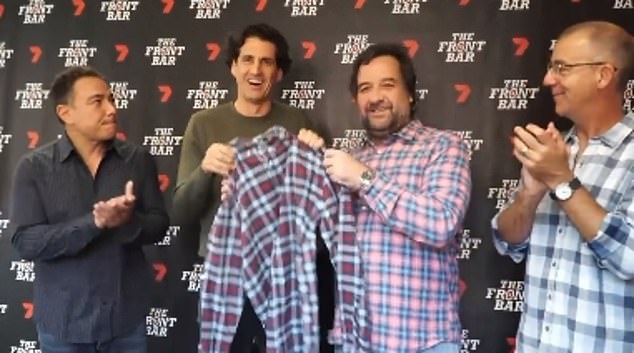 In the footage, co-hosts Andrew Maher, Mick Molloy and Sam Pang are pictured in a room deciding on their new co-star.

The group are the fifth show to decide on a co-star and are waiting to hear whether they have a chance at securing Andy as the new talent.

A voice-over then says: 'Pick two, I'm A Celebrity... Get Me Out Of Here have selected Rhonda Burchmore.'