According to Father Ronald Knox, the priest and writer of detective novels 100 years ago, a sidekick in crime stories is bound by strict rules.

Knox calls him ‘the stupid friend’, and says: ‘His intelligence must be slightly, but very slightly, below that of the average reader.’

Yes, Doctor Watson and Sergeant Lewis, we are talking about you.

McDonald And Dodds (ITV) takes Knox’s law and turns it inside out. This show is all about the sidekick, Sgt Dodds, a man so diffident that he doesn’t even have a first name. 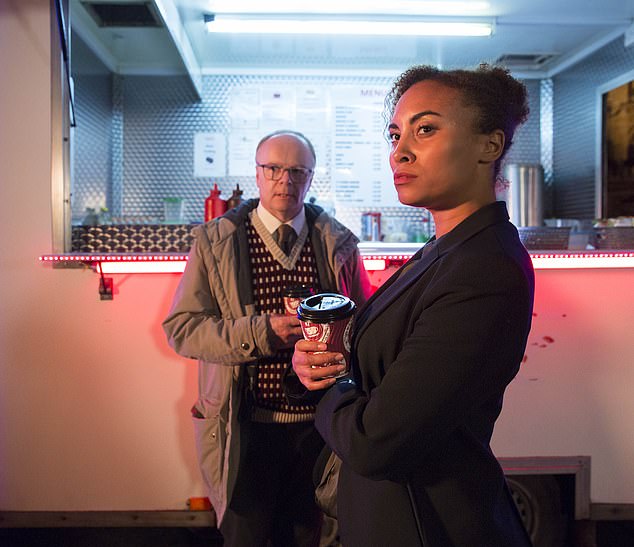 Jason Watkins (pictured) seizes his role with relish in ITV's McDonald and Dodds. It’s the sort of part he does to perfection — an odd, awkward, craven, brilliant man. He is photographed with co-star Tala Gouveia

Jason Watkins, who has repeatedly astonished viewers in dramas such as Line Of Duty and The Lost Honour Of Christopher Jefferies, seizes the role with relish. It’s the sort of part he does to perfection — an odd, awkward, craven, brilliant man who (‘Sorry, ma’am’) can’t stop apologising.

Dodds has the hawkish eye of a Holmes and the rational mind of a Morse. One glance at the dry floor of a hallway after a break-in and he was half-way to solving a murder.

But he’s so obsequious it’s almost creepy, and he has some revolting personal habits... such as dipping his chips in butter.

Hoping to freeze him out, his colleagues stick his desk under the office air vent. Dodds doesn’t take the hint — he just wears a hat and scarf indoors. He’s a marvellous character, one who promises to be fascinating as we discover more about him.

One of his great strengths as a detective is that people barely notice him: in fact, the working title of the show was ‘Invisible’. 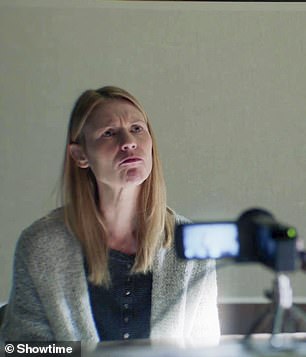