Mindy Kaling reveals she welcomed a second child, a son named Spencer, in September This is Kaling's second child, also mom to two-and-a-half-year-old Katherine She has not shared the identity of either child's father In 2019 she told NYT: 'My feeling is that, until I speak to my daughter about that, I’m not going to talk to anyone else about it' Kaling previously dated The Office co-star B.J. Novak and the pair remain close

Mindy Kaling has a second bundle of joy in her life, revealing she welcomed a son named Spencer last month.

The 41-year-old actress announced her happy baby news while appearing on The Late Show with Stephen Colbert on Thursday.

'I’m telling this for the first time, it feels so strange,' she told Colbert, before sharing that she gave birth to a baby boy on September 3.

'This is news to a lot of people. It’s true! … His name is Spencer. I forgot the most important part of it.' 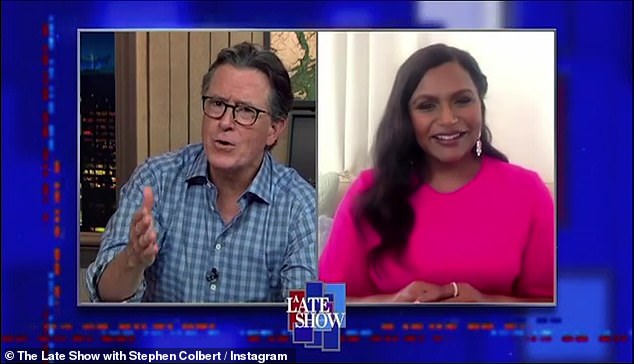 During the interview Colbert remarked how 'no one even knew' Mindy was expecting.

The very private star of The Office was similarly protective over her first pregnancy, welcoming daughter Katherine Swati Kaling in December 2017.

She has opted to keep the father's identity to

The US doesn't 'do left': Readers respond to Switzer's Biden concerns mogaznewsen