PICTURE EXCLUSIVE: Emilia Fox appears downcast as she goes for a walk in the park... hours after confirming she split from fiancé Luc Chaudhary five months ago Emilia, 46, was pictured walking her two dogs Dolly and Clive in a London park The outing came hours after she confirmed her split from Luc Chaudhary The Silent Witness actress took to Twitter on Sunday to confirm the former couple had parted ways 'amicably and respectfully' earlier this year  Emilia and Luc met on the celebrity dating app Raya, and first sparked speculation they were engaged in December last year  The secret engagement came three years after she split from celebrity chef Marco Pierre White, 58, who she dated on and off between 2012 and 2016

Emilia Fox looked downcast as she strolled through a park in London on Sunday hours after she confirmed her split from fiancé Luc Chaudhary.

The actress, 46, was seen walking her two sausage dogs, Dolly and Clive, after she shared the break-up news with her Twitter followers.

Emilia took to the micro-blogging site to confirm that she had 'amicably and respectfully' parted ways from her other half five months ago. 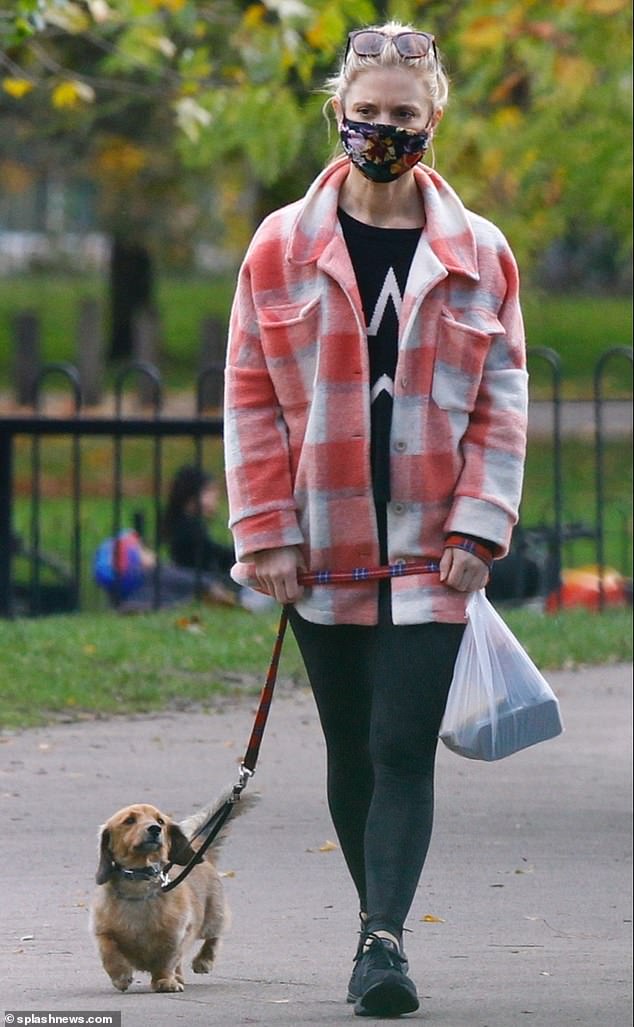 Taking a stroll: Emilia Fox looked downcast as she strolled through a park in London on Sunday hours after she confirmed her split from fiancé Luc Chaudhary

The star wrote: '5 months ago, Luc and I decided to part ways. It was done amicably, respectfully and with great consideration to our children. We still both care immensely about each other's kids and about each other.'

Emilia was dressed down for the outing, in a graphic print T-shirt which she wore under a red and white shirt jacket, teamed with a pair of leggings.

She wore her blonde hair pulled back off her face, while she also sported a pair of shades on her

Australia has long been known as the Lucky Country. But a new report has ...