A man whose heart stopped 32 times when he was just 49 years old has now celebrated his 64th birthday against the odds and become a boxing coach.

Les Hackwell, from Gloucester, said he has always lived a healthy lifestyle but that a thyroid disorder gave him very high blood pressure.

Eleven years ago he collapsed in his living room at home and had to be rushed to hospital. While he was there his heart stopped and he had to be resuscitated.

This happened again while Mr Hackwell was on a ward on the same day, and then his heart stopped a shocking 32 times in the space of 20 minutes.

He was brought back to life with a defibrillator every time, he says, and has now returned to be fighting fit and is in better shape than when he was 25. 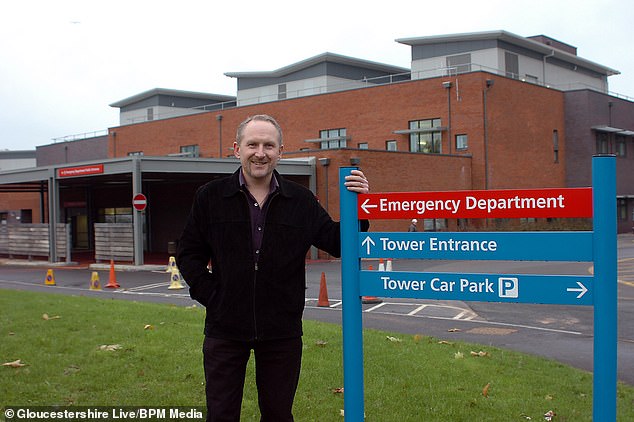 Les Hackwell, a 64-year-old father of four, has bounced back to be fitter than ever after his heart stopped a massive 32 times when he was just 49 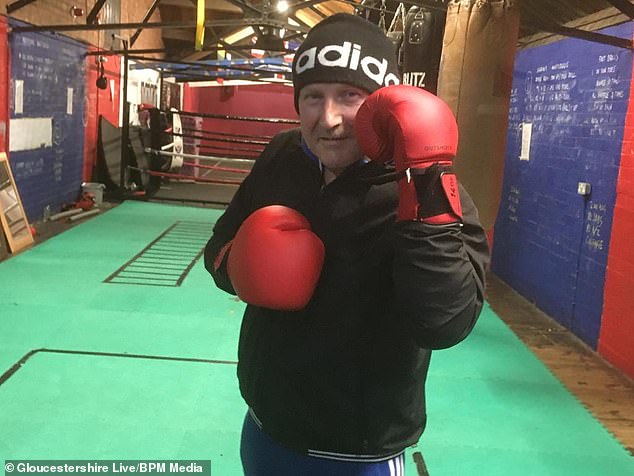 Mr Hackwell is now a coach at his local boxing gym and says he can keep up with people half his age, but cannot fight

'They said at the end of two years that's as fit as you are going to get, but I proved them wrong,' Mr Hackwell, a father of four.

'They did not know what I was made of. The body is one thing but the spirit is another and I was determined not to be beaten.

'It's not the dog in the fight that counts, it's the fight in the dog. I've got plenty of fight and I'm fitter now than I was when I was 25.'

Mr Hackwell, who works as an engineer for an industrial machinery firm, says doctors told him he'd be lucky to live to his mid-50s.

But now fighting fit 15 years after his freak phase of heart attacks, he says he can go toe-to-toe with people half his age in the gym.

Although actually fighting would be too dangerous for him, he now teaches boxing classes twice a week.

WHAT IS A CARDIAC ARREST?

A cardiac arrest occurs when the heart suddenly stops pumping blood around the body, which is usually due to a problem with electrical signals in the organ.

This causes the brain to be starved of oxygen, which results in sufferers not breathing and losing consciousness.

Cardiac arrests are different to heart attacks, with the latter occurring when blood supply to the heart muscle is cut off due to a clot in one of the coronary arteries.

Drug overdose and losing a large amount of blood can also be to blame.

Giving an electric shock through the chest wall via a defibrillator can start the heart again.

In the meantime, CPR can keep oxygen circulating around the body.

Apart from a few snatched snippets of conversation and faces, Mr Hackwell cannot remember much at all about his ordeal.

He was rushed to the

PREV Some people are more likely to infect others with coronavirus as they are prone ...
NEXT IVF babies are '45% more likely to die before their first birthday'