The Government has played its hand, for the time being at least. After weeks of confusing and contradictory edicts, growing public disquiet and rising Covid-19 cases, they've revealed their grand plan: suppress the virus 'as much as possible' to 'save lives' until there is a vaccine.

As we all know, corona cases are spiralling. And we, the British public, are to blame, according to the PM. There had been 'too many breaches' of the rules, he said in his address last week.

So at the moment we're in a sort of limbo – told to work from home 'if we can', facing curfews, and, in Scotland, more severe restrictions on visiting each other's homes.

And, of course, if people 'don't follow the rules... then we reserve the right to go further', Boris Johnson said.

I am sure I'm not alone in feeling an unsettling sense of deja vu. Are we on the verge of another full lockdown? It's unbearable to contemplate. Health Secretary Matt Hancock seemed to think it was all quite straightforward – the vaccine, it's been widely reported, is already in production. He thinks it'll be ready 'early next year', or maybe even this year, depending on who he's been talking to.

Then, and only then, can we all breathe a sigh of relief. The perpetual cycle they're planning of regulations, confinement and closures – and ever more draconian ways of enforcing these measures, the fines and snooping – can come to an end. We will be saved, a fairytale end to the pandemic.

The proverbial carrot dangling on a stick. Almost, but not quite, within reach. 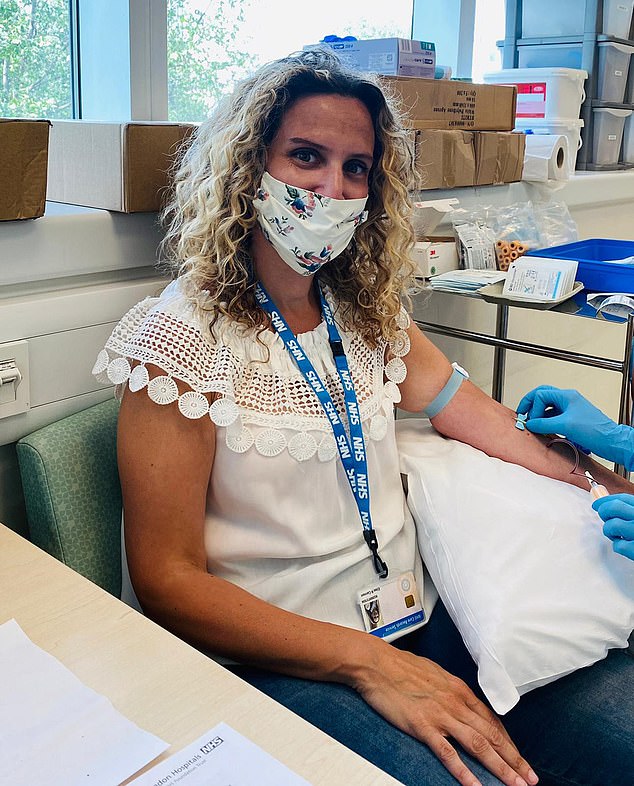 Every Friday I take a Covid swab at home and post it off, writes DR ELLIE CANNON

Except that there is a huge snag in this strategy. Ask any scientist who knows what they're talking about and they'll tell you the vaccine just isn't going to provide this kind of resolution.

Of course, I understand why people cling to this dream – the Hollywood ending to the pandemic. I say this both as a GP and as an ordinary person whose life, like everyone else's, has been turned upside down this year. I'm deeply invested – a fully signed-up guinea pig on the vaccine trial myself. I dearly wish it were true. But I feel, as a doctor, it's my duty to be honest: the jab, when it finally arrives, won't be the miracle cure or silver bullet these Ministers are making it out to be.

To claim otherwise is at best misguided, which, given the retinue of science advisers at their disposal, seems unlikely. At worst, it is deeply disingenuous. Mr Hancock and Mr Johnson could have done well to tune in to an interview with Oxford's star vaccine scientist Professor Sarah Gilbert earlier this month, in which she urged people to 'temper their expectations' about immunisation. She added: 'It's not going to be as it is in the movies, where there is some breakthrough and suddenly the world is protected.'

And I couldn't agree more. Vaccines are not a panacea. For a start, some people just won't opt to have the jab. At the moment, large numbers of people seem nervous.

A recent survey suggested 15 per cent of Britons would say no to the jab, up from five per cent in March. In America, as many as 40 per cent claim they'd turn it down.

Others simply won't get round to it. Most vaccines have to be given in two doses, which makes it even more likely people will forget, not get round to it, or put it off.

Others may not be suitable – for instance, people with immune system conditions, and those with certain types of cancer.

Trials in humans are under way for 42 possible Covid-19 vaccines.

In these patients, vaccinations aren't recommended because they can interfere with treatments.

And there has to be the capacity and infrastructure to quickly vaccinate a lot of people – and as we've seen, those put in charge of these kinds of things can often be 'surprised' by surges in demand.

Professor Stephen Evans, 77, who is an expert in pharmaceuticals at the London School of Hygiene and Tropical Medicine, and a participant, like me, in the Oxford vaccine trial, added: 'There must be good systems able to track who has been vaccinated and who hasn't and the data on this must be able to get back to GP records.

'It is not clear that the planning for this massive data-processing task has been done, but it's crucial to ensure that the vaccine is really effective in actual use, rather than just in the trials.'

We know from the trials that the Oxford vaccine is safe. In some people, it causes mild, transient side effects – a headache and generally feeling below par are most common. I didn't have any side effects. And we know it does cause a strong immune response in adults aged 18 to 55, which means scientists are optimistic that it will provide protection against Covid-19. But it'll take time to find out just how much.

More than 35,000 volunteers are on the trial, spread across a number of countries. Some of us have had the real jab, others a placebo, or dummy version. The researchers now have to watch and wait, to see how many in each group catch Covid-19.

Every Friday I take a Covid swab at home and post it off. I get my result back in about 48 hours. So far, I've been all clear. But it's important to understand: no vaccine is 100 per cent effective. Take the UK flu vaccination programme, which is considered a success. On a good year, it prevents just over 50 per cent of cases. But in the winter of 2017, it protected just 15 per cent of those who had it overall (there were more than 25,000 deaths).

This was partly because the jab that year didn't protect against what turned out to be the most prevalent strain of flu going about (there are more than 60 strains currently identified). 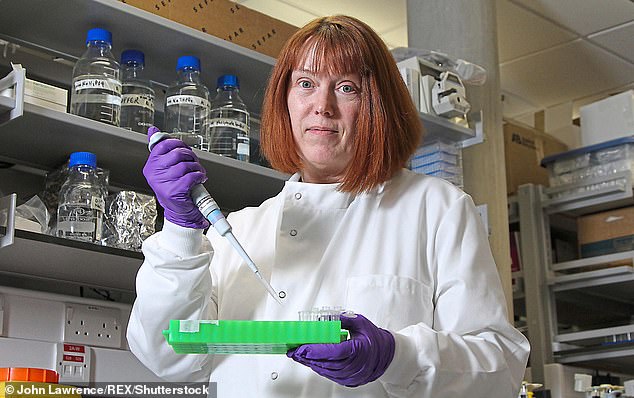 Professor Sarah Gilbert, pictured, has urged people to 'temper their expectations' about immunisation

But as we age, the immune system weakens and responds less 'enthusiastically' to vaccination. Since the 2017 disaster, older adults have a new, souped-up version of the flu vaccine, and over the past couple of years, deaths from the virus have been remarkably low. But it takes time and a great deal of research to get these things right.

Aware of this phenomenon, the Oxford trial has specifically recruited people who are aged over 70 for its latest phase.

Hopefully we'll soon know more about how well it works in older adults – who we know are most vulnerable to the virus. But many experts, including Prof Gilbert, have pointed out that it may take a fair bit of refinement before we find a version that works

Wall Street in the red as coronavirus relief talks continue and Aussie dollar ...