You Vike that! Kirk Cousins comes up big as Minnesota Vikings send New Orleans Saints packing again Kirk Cousins helped Minnesota to another famous win over the Saints No 3 seed New Orleans were heavily fancied to advance in the NFL playoffs The Vikings led 20-10 midway through the third quarter but were pegged back In OT, Cousins sealed the win after finding tight end Kyle Rudolph with a fade

They didn't need a miracle this time. The Minnesota Vikings travelled to New Orleans and beat the Saints 26-20. In overtime.

But it wasn't a walk-off. Kirk Cousins set up the winning drive with a 43-yard bomb on the opening possession of overtime to Adam Thielen and finished it by connecting with tight end Kyle Rudolph with a four-yard fade.

The Vikings went wild. The Saints fans couldn't leave the Superdome quickly enough. All-Pro linebacker Eric Kendricks waved them farewell as they did so. 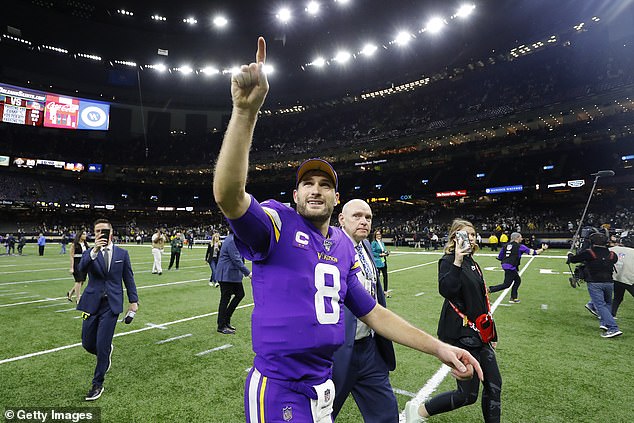 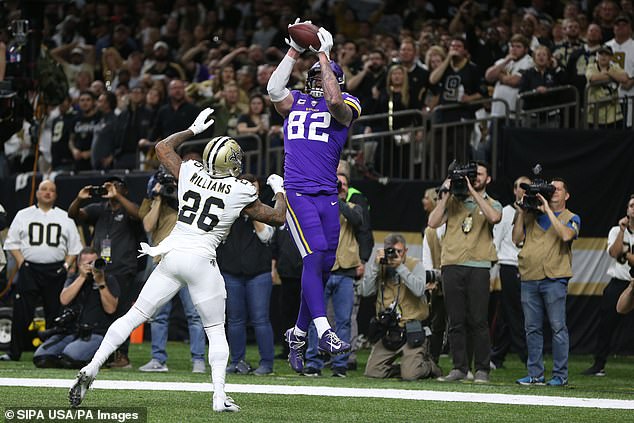 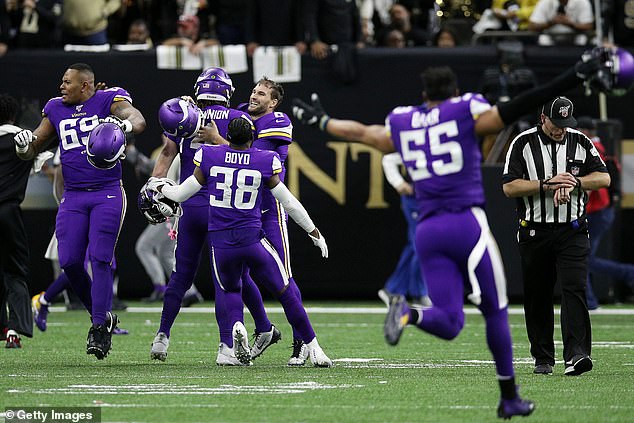 Dalvin Cook returned from a chest injury to give the offense the spark it so lacked in week 16 against Green Bay. Cook gained 130 yards from scrimmage and scored two touchdowns.

And then there was Cousins. The Vikings invested in the quarterback to win games such as these. Apart from victory against a suspect Dallas this season, he had not beaten a winning team. But after finishing with 242 yards and one touchdown passing, Cousins sealed a statement, possibly career-affirming win in one of the NFL's most unforgiving arenas.

'Well, we'll go one week at a time, but the Saints are the real deal,' the 31-year-old said. 'This is a really tough environment.

'It was a team win. We ran the ball, we played good defense. To hold that offense to 20 points is a great job. Special teams gave us great field