'I thought you liked yellow on me but that's OK.' Grigor Dimitrov's shorts are the butt of the joke as pays a surprise visit to his startled ex-girlfriend Maria Sharapova in the commentary booth in Australia Grigor Dimitrov and Maria Sharapova had a hilarious exchange on commentary The pair dated between 2013 and 2015 and showed they are still good friends Sharapova was on commentary duty when Dimitrov spotted her and joined in She wasted no time in criticising his bright shorts, insisting she wasn't a fan

Tennis stars Maria Sharapova and Grigor Dimitrov may have broken up way back in 2015 but an encounter on Tuesday showed they are still good friends.

The Russian star jumped behind the microphone to provide commentary at the Kooyong Classic, a tournament ahead of the Australian Open, while Dimitrov was on court at the time.

The pair were together between 2013 and 2015 and Dimitrov ran over to the booth for a chat after spotting his ex-girlfriend seemingly talking about him. 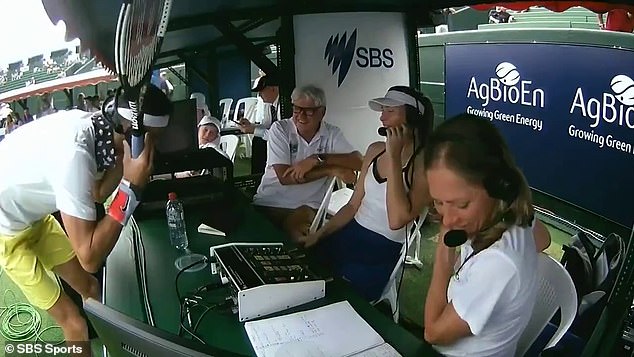 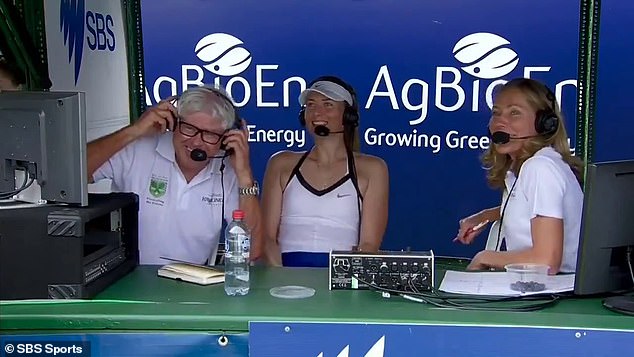 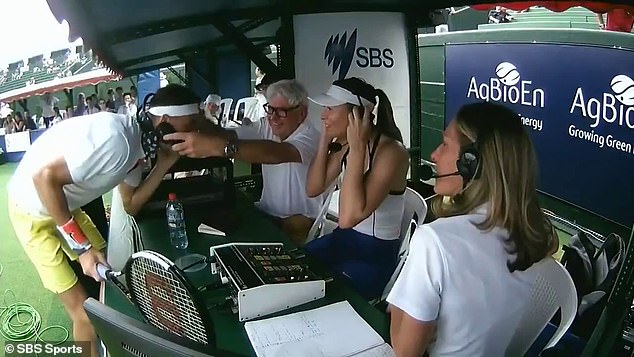 When Dimitrov spotted her, he walked over for a chat before she slammed his yellow shorts 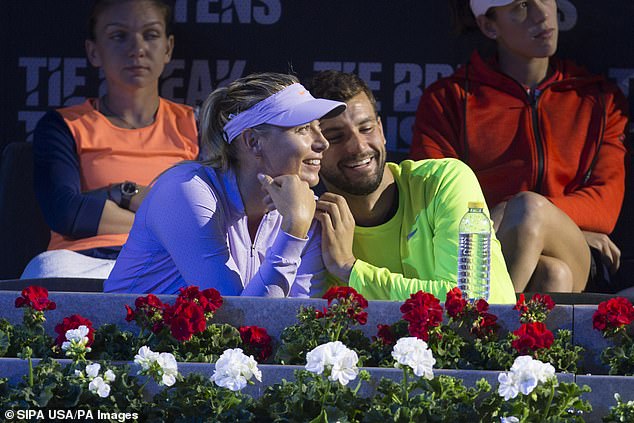