'He's Norwegian…': Sheffield United fans serenade record signing Sander Berge with hilarious new chant to tune of Oasis song She's Electric… and it was penned by captain Billy Sharp! Sander Berge made his debut for Sheffield United in Saturday's win at Palace Norwegian midfielder completed a club record £22m move from Genk last week He already has his own song and was serenaded by the travelling fans Striker Billy Sharp made up the 'He's Norwegian' lyrics to 'She's Electric' by Oasis Berge looked delighted as he encouraged the fans after the final whistle

Sheffield United fans have already taken new Norwegian signing Sander Berge to their hearts with a brilliant new chant - which was thought up by captain Billy Sharp.

The Blades smashed their transfer record to sign midfielder Berge for £22million from Belgian club Genk as the team pushes for a place in Europe next season.

An outstanding campaign for Chris Wilder's team continued on Saturday with a 1-0 win at Crystal Palace that lifted United into fifth place for 24 hours. 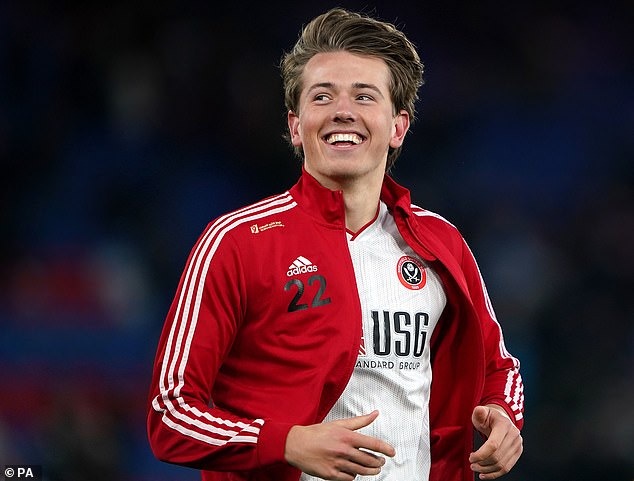 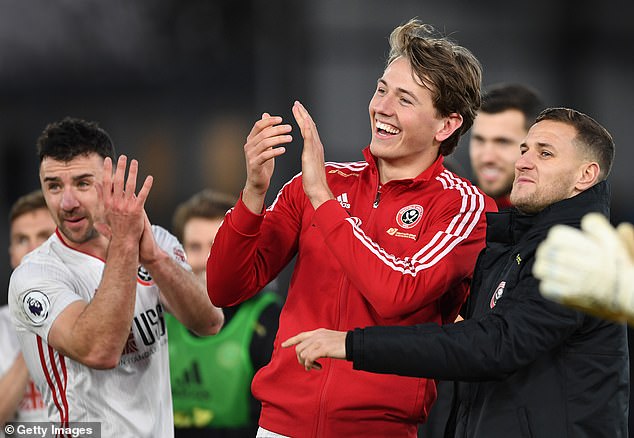 And the fans are starting to dream of playing in the Europa League - or possibly even the Champions League - for the first time.

As Berge came over to the visiting fans at Selhurst Park, he was serenaded by a new song to the tune of She's Electric by Oasis.

And the Blades' official Twitter account revealed that Sharp was the inspiration behind the lyrics, which also hail