'We could even finish outside the Champions League places': Fernandinho alarmed by manchester City's slump as he joins Pep Guardiola in conceding Liverpool have already won the title Manchester City suffered 2-0 defeat by Tottenham in huge clash on Sunday   Defeat for champions means Liverpool are now 22 points clear at the summit  Fernandinho said: 'Liverpool have practically won the league now'

Fernandinho has conceded that Liverpool are too far ahead in the title race and thinks Manchester City need to be worried about holding onto second place.

The Premier League champions suffered a 2-0 away defeat by Tottenham on Sunday, meaning the Reds remain 22 points clear at the summit.

Reflecting on the situation, Fernandinho told ESPN: 'Liverpool have practically won the league now, with how far ahead they are. 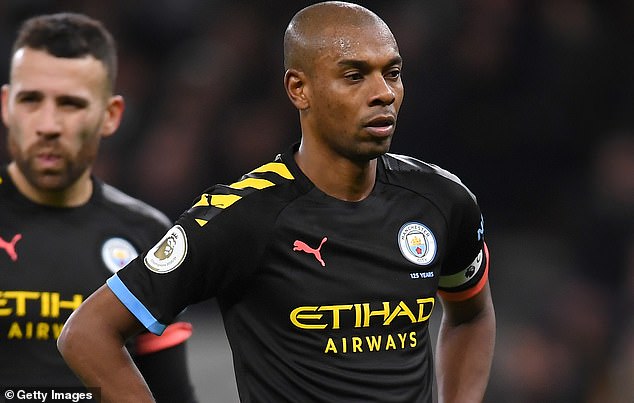 Fernandinho has conceded that Liverpool