'I had a gun in my lap and I was ready to commit suicide': Heavyweight champion Deontay Wilder reveals battle with depression almost killed him as he struggled to raise his sick daughter before turning to boxing Deontay Wilder was driven to depression shortly after birth of his eldest child Naieya was born with spina bifida that left Wilder struggling financially Wilder contemplated suicide in 2006 shortly after taking up boxing Inspired by Naieya, Bronze bomber has since gone on become world champion He will now take on Tyson Fury later this month in a rematch to defend his belt

Deontay Wilder has opened up on how he contemplated suicide following the birth of his first child Naieya.

The world champion, who will take on Tyson Fury in a rematch later this month, admitted his struggles came after his daughter was born in 2005 with spina bifida - a spinal condition that nearly left her unable to walk.

Wilder reflected that becoming a father at 19-years-old to a child with a disorder, and the potential medical bills that followed, led him to depression and that he had a gun ready in his lap to end his life. 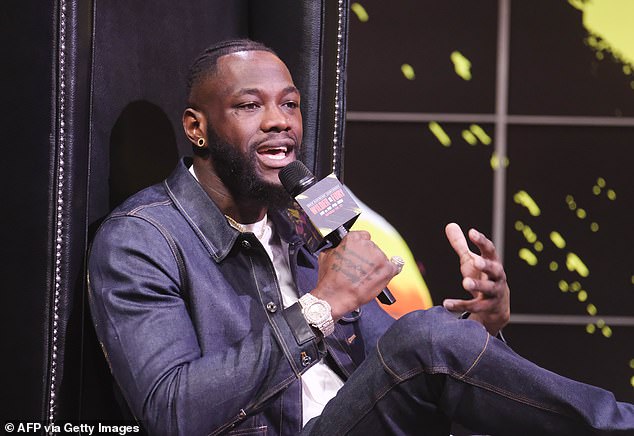