Fifty years on, the disappointment lingers. One minute Alan Jones, among the most prolific openers in the history of the game, had a Test cap. The next, he did not. To this day, no one has bothered to explain why.

The summer of 1970 remains unique in the annals of English cricket. South Africa, the scheduled tourists, were ditched when the British Government bowed to pressure from anti-apartheid demonstrators.

They were replaced by a glittering Rest of the World XI featuring stars from West Indies, Pakistan, India, Australia and — yes — South Africa. 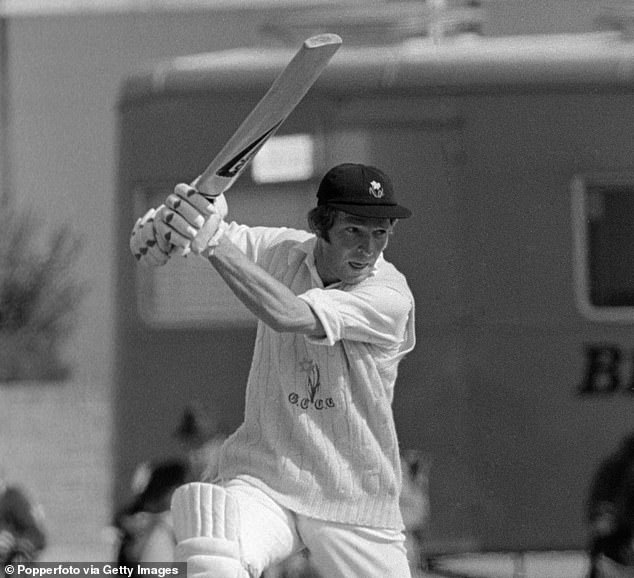 The five matches were sold to the public and players as Tests. Indeed, Garry Sobers, the World XI captain and the greatest all-rounder the game has known, agreed to take part only on that condition. At Lord's, he began with six for 21 and a magnificent 183. He meant business. After all, this was Test cricket, wasn't it?

For Alan Jones, enjoying a season to remember with Glamorgan, selection was reward for a career that had begun in 1957 and always been chock-full of runs.

'I remember how proud I was,' he told Sportsmail. 'Wearing the Welsh daffodil was one thing. Now I had the three Lions of England.'

But nerves took over. In the opener at Lord's — Jones's Test debut, he assumed — he was dismissed for five and nought by Mike Procter, the South African force of nature who bowled off the wrong foot. Jones was dropped for John Edrich, and never picked again. 'Nobody explained anything,' he says. 'An explanation didn't happen in those days.' 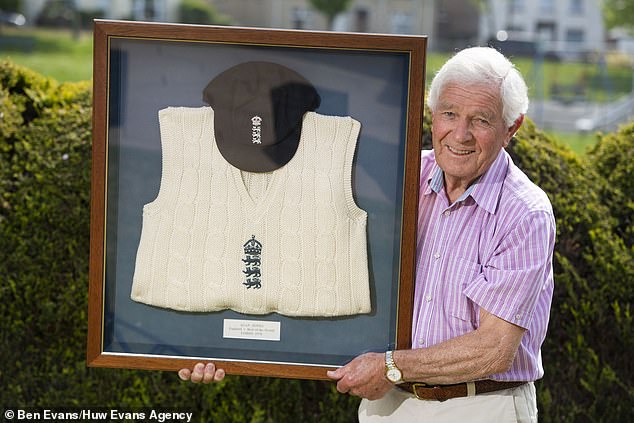 His cap against the Rest of the World didn't count but, at the age of 81, it remains his only one

Worse was to come. In 1972, the ICC ruled the series did not have Test status, arguing they had never conferred it in the first place. At a stroke, Jones was relegated from a one-cap wonder to a no-cap wonder. And that, at the age of 81, is how he remains.

'It was very disappointing because of all the work that had gone into getting the cap,' he says in soft tones that convey regret but no bitterness. 'Glamorgan wasn't the easiest place to get recognised by England and it was reckoned at the time that all the players were going to get full caps for the series.

'When I found out later that it wasn't being valued, it meant it was no longer possible to wear that blazer with any pride. That is very sad. I've never officially been told it didn't count. I just read it in the papers.'

The ICC's position had some logic, but it was bureaucratic and devoid of heart. They say they insisted at the time that the games would be 'unofficial Tests'. 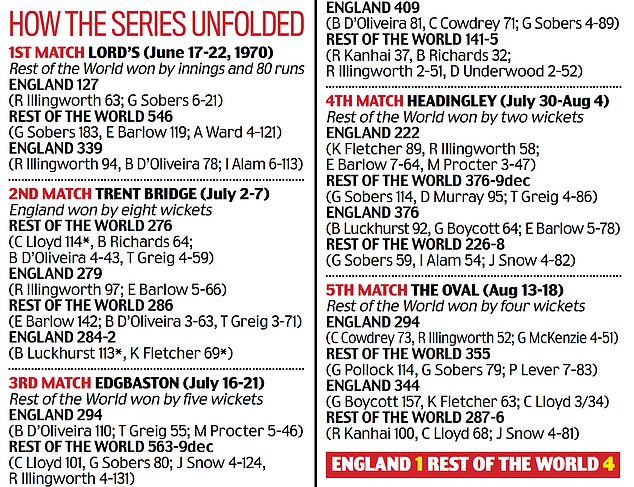 PREV 'A hard road ahead': Holden's Supercar muscled out by Gen3 in 2022
NEXT 'We have had enough': NBA great Michael Jordan joins calls for justice for ...

'We're still not there yet': Clarkson backs Wingard's fight mogaznewsen